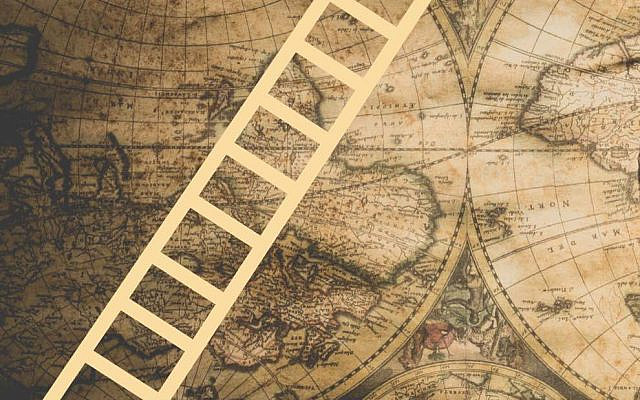 Made from a Free Photo by Ylanite Koppens from Pexels

Midrash Tanchuma presents a description of Jacob’s dream that is mind boggling.

First, some historical background. There are many sources, including the Book of Daniel, and many Talmudic and Midrashic sources, that the Jewish People will undergo 4 exiles. The first was Babylonia (including the destruction of the First Temple of Jerusalem). The second is Persia/Media (which overlaps the Purim story and the Jews returning to build the Second Temple).  The third is Greece (including the Chanukah story we will celebrate shortly). And finally Edom or Rome who destroyed the Second Temple. This is an exile we are still in.

If you recall from last week’s Parsha,  Edom is none other than the descendants of Esau.  As the Bible states:

The ladder which traverses Jewish history

The Midrash presents 2 dramatic versions of Jacob’s dream which the Torah describes only as:

These “Angels of G-d” according to Midrash Tanchuma are none other than the guardian angels of Babylonia, Persia/Medea, and Greece.  They went up the ladder for a specified amount of time and then came down. However, according to the first scenario presented by the Midrash,  Edom (Rome) went up the ladder but never came down. This scared Jacob because it implied that the final exile, (our current exile which has lasted over 2,000 years and counting) will never end. G-d assured Jacob that at the end of days, Edom will descend the ladder.

In the second version Jacob saw the guardian angels of all 4 kingdoms (Babylonia, Persia/Medea, Greece and Rome) go up and descend the ladder. G-d then challenges Jacob to go up the ladder but Jacob is afraid to do so. After all, every nation that achieved world domination (goes up the ladder) has its downfall (comes down the ladder). So why ascend if you will eventually come crashing down.

G-d then guarantees Jacob that if he goes up he won’t come down but Jacob is still too frightened. G-d says that since Jacob did not have enough faith, his descendants (the Jewish People)  will be subjugated by each of these world powers.

As indeed we were.

“G-d said to him (Jacob), if you had gone up (the ladder) and believed (in me) you would never have descended. But since you did not believe, behold your descendants will be subjugated by these four nations.”

Of course this leaves us with a unsettling description of our sacred, Forefather Jacob.

Jacob is running for his life

Let’s put the dream in context. In last week’s Parsha Rebecca gets wind of Esau’s plan to kill his brother Jacob after Isaac passes away. Jacob has to run for his life. He heads towards his mother’s family in Haran so he can find a wife there – as his father did.

As usual, the Midrash paints the psychological/emotional picture by comparing Jacob with someone who killed accidentally and is running for his life to a city of refuge.  He is being pursued by victim’s next of kin. G-d reassuring Jacob in his dream is compared to safely reaching the city of refuge. So, according to the Midrash, Jacob is still in a state of fear of Esau when he starts this dream. Indeed his dream reflected this fear, but not in the present. Rather, according to the Midrash Tanchuma, it’s a confrontation with Esau’s descendants – Rome – far in the future. G-d shares a snapshot of Jewish history. But not a pleasant one at that.

Jacob’s journey to a new name and a new essence

Let’s also keep in mind that this entire Parsha and next week’s Parsha (Vayishlach) are the story of Jacob literally transforming into someone with a heightened confidence in himself and in G-d’s readiness to intervene on his behalf. This process culminated with Jacob’s victorious wrestling match against the angel of Esau. Perhaps the very same angel that ascended the ladder in the opening scene of the Parsha.

What’s in a name

In the Torah a name change signifies that the essence of a person has changed. It seems that Abraham and Sarah needed to have their names changed from Avram and Sarei before they could experience the miracle of having a child in their old age.

When Jacob prevails over the guardian angel of Esau, the angel assigns Jacob a new name as a signal of Jacob’s new status. This reflects the culmination of a process that began with Jacob’s dream and the anxiety of being pursued by his brother.

“And he (the angel} said:  ‘Your name shall no longer be Jacob, but Israel, for you have wrestled with the divine and with humans, and have prevailed.” (Genesis 32:29)

Names in the Torah are significant. The Midrash says that Adam understood what was unique about every animal and was therefore able to name them. The word “Jew” comes from the name our Matriarch Leah called her 4th son –  (Yehudah) Judah because a character trait of Jews is to be “Modeh.” A verb with two distinct (but related) meanings. To be grateful for the  goodness that G-d bestows upon us and to admit when we are wrong.  Which Judah did in a dramatic fashion in chapter 38 of Genesis in the episode involving his daughter-in-law, Tamar.

Likewise, when one refuses to reveal their name it signifies a refusal to reveal one’s essence.  As illustrated by the guardian angel of Esau. When Jacob was victorious and asked the angel what its name was, the angel was evasive:

This is the exact reply that the father of Samson got when he too asked the angel that visited them what its name was.

G-d’s offer was just a test

Although, admittedly,  this does not fit so well with the words of the Midrash, I heard a mystical opinion as to why Jacob refused to go up the ladder. According to this approach, Jacob made the right choice. Perhaps G-d’s challenge to Jacob to go up the ladder is one of those challenges that G-d makes but hopes you turn Him down. G-d told Moses that He was ready to destroy the Jewish People after the sin of the Golden Calf and start a new nation from the descendant of Moses. Moses responded, if so “you can erase me from your Book.”

“Now, if You will forgive their sin, that’s well and good, but if not, erase me from the Book which You have written!” (Exodus 32:32)

Obviously G-d’s threat  was not real. G-d wanted to see what kind of leader Moses was. Would Moses be so flattered to be the new father of the Jewish People that he would not intervene on their behalf.

Moses was a staunch defender of the Jewish People until the day he died.

There are 2 kinds of fear.

To explain why Jacob did not have the faith to ascend the ladder we can see his life as a life lesson in  growth. Certainly his dealings with Laban provided plenty of adversity from which to grow. (In the Haggadah of Passover we say that Laban was worse than  Pharaoh because Laban wanted to destroy the entire Jewish People).

According to the second approach, perhaps Jacob was not afraid of his descendants becoming a world power as much as he was afraid that this role was incompatible with the spiritual mission of the Jewish People. Wrestling and beating the angel of Esau alleviated Jacob’s fear of major adversaries. However, this second opinion would contend, the fear of not truly becoming the People Of The Book (dedicated to the primacy of the Torah) is not something Jacob would compromise on.

Regardless of why Jacob refused to go up the ladder we must keep in mind that we are still in the exile of Edom (Rome). The Torah refers to the Jewish People as “Bnei Yisrael” – the children of a man who started with the name Jacob and became Yisrael.

His journey. His confrontation with adversaries – both human and agents of Edom  – is destined to be our journey as well.