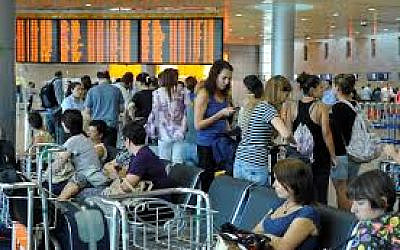 As Israel rolls inexorably towards its third lockdown (or whatever you want to call it), one cannot help feeling more than slightly peeved (British euphemism for bloody angry) as to how and why we have got to this point.

I personally have rarely left my house for the past nine months, and if I do I always wear a mask over my mouth and nose while trying to stay as far away as possible from other people. My hands are sore from constant washing. It’s true that various relatives have occasionally entered the house, but in most cases we have managed to keep our distance from one another, and we never hug and kiss one another. I fear that I have become an anti-social monster, and may never be able to engage in natural social interaction again.

It would seem, however, that despite constant reminders and prodding by so-called leaders to maintain those few basic rules, the general public is unable or unwilling to abide by them. The evening news on television shows scenes of crowds at Ben-Gurion airport boarding flights to Dubai or Abu Dabi (what for, for God’s sake?), as well as at ultra-orthodox weddings and funerals, and at celebrations in Arab villages. All the passengers on a recent flight that returned from Dubai had to go into quarantine because several of them were found to be infected with Coronavirus. Among those passengers were the head of Hadassah Hospital and several senior civil servants. How ironic. One or another of our political leaders, including our Prime Minister, Binyamin Netanyahu, are either getting infected or constantly having to go into quarantine because they have been in contact with infected persons. There seem to be a lot of them around in our ruling circles.

Binyamin Netanyahu doesn’t miss an opportunity to appear on prime time television to vaunt another of the diplomatic achievements for which he claims sole responsibility (together with his arch-ally Donald Trump), or the arrival in Israel of the first batch of anti-Coronavirus vaccines which, too, he claims as his personal success. But where is his leadership when it comes to restricting the increasing rate of infection that threatens to bring the country down economically, not to mention psychologically and socially?

Last night the CEO of a retail chain made a hearfelt and heart-rending appeal on television for shops and shopping malls to remain open in the approaching lockdown. He made the perfectly valid point that while they are not the principal source of the spread of infection, they are the most hard-hit when all or most retail trade is banned during a lockdown. Entry to shopping malls and shops is controlled and supervised, and guards ensure that orderly queues form outside stores when the limit on the number of customers inside has been reached. The sight of crowds of people at the airport and elsewhere give his argument added weight.

It is no consolation to see that lockdowns have been imposed in other countries just as their festive season begins. Israel’s government has had every opportunity to restrict or at least monitor the situation, and instead of doing so seems to be encouraging people to travel to the UAE, where the infection rate is not under control, wringing its hands and protesting that it is powerless to control the situation among the Arabs and the ultra-orthodox Jews.

That being the case, what right does it have to impose restrictions on the entire population and make us all pay for the crimes and misdemeanours of the selfish few?