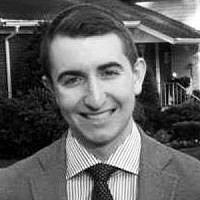 The Blogs
Zach Shapiro
Apply for a Blog
Advertisement
Please note that the posts on The Blogs are contributed by third parties. The opinions, facts and any media content in them are presented solely by the authors, and neither The Times of Israel nor its partners assume any responsibility for them. Please contact us in case of abuse. In case of abuse,
Report this post.

In the decades before Austin Powers, there was Get Smart. The dated spy spoof featured a bumbling secret agent, Maxwell Smart, Agent 86, perpetually screwing up his efforts to sabotage evil adversaries. The super spy would never fail to muse, “missed it by that much.”

Meanwhile, in the real world, the P5+1 has missed yet another deadline for a deal with the Islamic Republic of Iran on its nuclear enrichment efforts. You’d think we’d have learned after years of playing this game that Iran’s supposed “willingness” to come to the table is but a ruse. In the words of Agent 86, “ah, the old wolf in sheep’s clothing trick. I’ve seen that one before.”

It’s no surprise that Iran wants to develop nuclear weapons. A nuclear weapon would give Iran unparalleled foreign policy flexibility. Iran would face less accountability in its endeavors, at home and abroad, than ever before. Some say it would allow the Iranian regime to feel it is at last on even strategic footing with Israel.

International relations theorist Kenneth Waltz was a genius, but he was gravely wrong to think a nuclear Iran would make for a more stable Middle East.

Why even let them get the chance if we know it will embolden them? Besides, has the world already forgotten of Iran’s declarations and vows to destroy another country? Israelis sure haven’t. Iran aside, Pakistan and North Korea are two loose nuclear cannons more than the world needs.

Prime Minister Netanyahu has made his share of mistakes. But he is right that it will be a challenge to force the Saudi monarchy not to pursue nuclear weapons capabilities if Iran gets the bomb. If the Saudis succeed, then you can be sure we’ll be hearing from Recep Tayyip Erdogan and Abdel Fattah El-Sisi.

Iran cannot get the bomb. We must maintain the nuclear status quo. Any nuclear proliferation constitutes irreversible damage to international stability and security.

Stopping Iran while avoiding a massive military operation is a difficult task. But we need to accept the unfortunate truth that we may be pressed to use force. It’s about time the Obama administration accepts the limits of diplomacy while remaining wary of mission creep. As Clausewitz said, “war is merely a continuation of politics by other means.”

Critics of military action are fair to point out that an American or Western coalition-backed airstrike would stoke a wave of anti-American sentiment throughout the Islamic world. That will prove true. But we haven’t been on the same page with that part of the world since, well, ever.

People in the Middle East will no doubt take to the streets in the event of an attack. Behind closed doors, however, their leadership will rejoice. Any doubts of that are easily assuaged by leaked WikiLeaks cables, some of which contained animated messages from the Saudi government, urging the American government to “cut the head off of the snake.”

Anti-interventionists would also be fair to contend that an American, Israeli, or coalition airstrike on Iranian nuclear and military targets would only push the Iranian regime closer to the brink. But in 1988, as the Iran-Iraq war raged on, the United States shot down an Iranian civilian airliner, claiming it was mistaken for a fighter jet. The Iranian regime accepted a cease fire only two months later, thus capitulating to a small show of force. What does this mean in 2014? The Iranian regime is more rational than is convenient to believe.

Which brings me back to our clumsy yet reliable hero. As our favorite incompetent spy’s nefarious enemies prepared to torture him, he would always make a last-ditch effort to threaten his way out of danger. “Would you believe the premises is surrounded by seven coast guard patrol boats?” No reaction from his captors. “Would you believe a dozen boy scouts armed with water pistols?” Funny how much that played out scene echoes the Obama Doctrine.

For all we’ve chuckled at our erstwhile hero, we could always count on him to find a way to get the job done, week after week.

How will the Obama administration deal with Iran tomorrow without the plastic luxury of television camp? How will the next episode end?

We must continue to remind ourselves of the importance of questions as the P5+1 sets another deadline it is sure to miss, even by just that much.

About the Author
Zach Shapiro studies International Relations and Arabic at Tufts University. He is Chair of the Tufts Chapter of the American Enterprise Institute Campus Executive Council. He speaks Hebrew, Arabic, and Spanish. The views expressed here are solely those of the author.
Related Topics
Related Posts
Comments