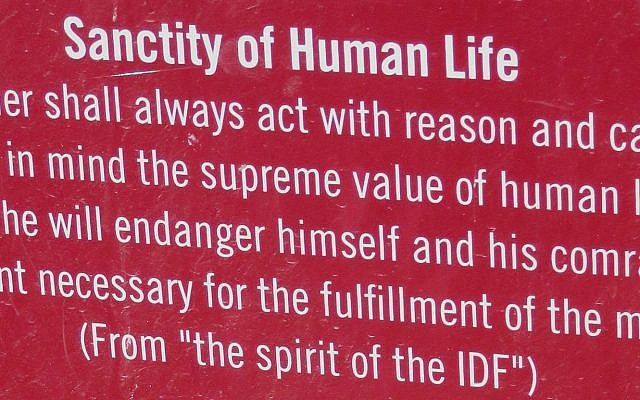 Israel is often accused of disproportionate responses to terrorist attacks, but as I demonstrated in an article for The Gatestone Institute, these are dishonest accusations meant to fool the naïve and the ignorant. There is however a real form of disproportionality in the Israel-Arab conflict, and it is the huge moral divide between on one side, Israel and the Jews, and on the other side, the Arabs and other enemies of Israel.

Since I grew up in Lebanon and my whole family is Arab, I also know many Arabs. Except for a very small number of Israel-friendly Arabs that I met through social media, I have never seen Arabs showing concern for the welfare of Jews.

I have never seen Arabs express moral ambivalence about the fact that the Arab world decided to try to destroy the newly independent state of Israel in 1947/48 rather than accept a UN partition plan that was very favorable to Arabs.

I have never seen Arabs wonder if the tactics used against Israel are ethical, including rockets into populated areas, knifing of civilians in the streets, blowing up buses, incendiary balloons, and so on.

I have never seen Arabs ask whether it is fair and ethical that Palestinians inherit the status of refugee from generation to generation with no end in sight, when other refugees, including Syrian refugees from the Syrian civilian war, do not, and when the Jewish refugees from Arab lands have long ago stopped being refugees.

I have never seen Arabs question the ethical contradiction between the fact that Jews were expelled from the Arab world, from Gaza, and from Judea and Samaria, and the fact that Arabs remained in Israel and are still there today as equal citizens.

I have never seen Arabs wonder whether it is ethical for the Arab world to continue its hostility towards Israel, with most Arab states refusing to make peace, and with not a single Arab state accepting that Israel is a Jewish state.

I have never seen Arabs question whether it was ethical during WWII to pressure Britain to refuse entry to Jews into Mandatory Palestine, even after the horror of the Holocaust became known.

I have never even seen Arabs express a desire for peace and cooperation with the Jewish state.

This moral inequity is also reflected at the state level, and it is reflected in the way that the world relates to Israel and the Arab world.

While Israel goes to great lengths to avoid civilian casualties, Arab states are far more relaxed in their approach to human rights, and Arab terrorists even target civilians.

In the Syrian civil war that started in 2011, President Assad is known to have used chemical weapons against civilians, and the war has resulted so far in over 107,000 civilian deaths. Yet, from 2012 to 2017, there has been 124 United Nations General Assembly resolutions against Israel but only 2 about Syria.

In the ongoing hostilities between Israel and the terrorists in charge of Gaza, mainly Hamas, Gaza terrorists have fired 289 rockets into Israel in 2018 alone, while Israel sends daily hundreds of trucks carrying supplies to Gaza. Yet, the UN General Assembly could not even support a single resolution against the Hamas terrorist entity.

For Israel, the ethics of war has always been a foremost concern, and this is still the case today, even under the most right-wing government in Israeli history. Questions on how to defend itself while minimizing civilian casualties are always at the forefront of Israeli political debate, and the solutions are regularly studied and refined by Israel’s Defense Forces (the IDF). Clearly, the Jewish state takes ethics seriously, just as the Jewish people do.

The Arab world, on the other hand, is as barren in military ethics as its politics is barren in democracy. Human rights violations are common and widespread. The huge moral imbalance between Israel and its enemies is hard to accept, and it is impossible to justify.

When I sit among Jews and see how much empathy they have towards Arabs who have been waging war against them for 70 years, and when I know that Arabs show not an ounce of empathy towards Jews, as an Arab, I am embarrassed, ashamed, and mortified.

We Arabs have not only failed miserably in our moral duty towards our fellow Semites, the Jews, but practically none of us can even admit that we failed at all.

Rather than spend our time self-importantly and unjustly demonizing Israel and the Jewish people, if we wish to rescue ourselves from the bottom of the moral abyss that we are in, we must take a deep dive into our souls, and try to salvage any morality that we may have left. 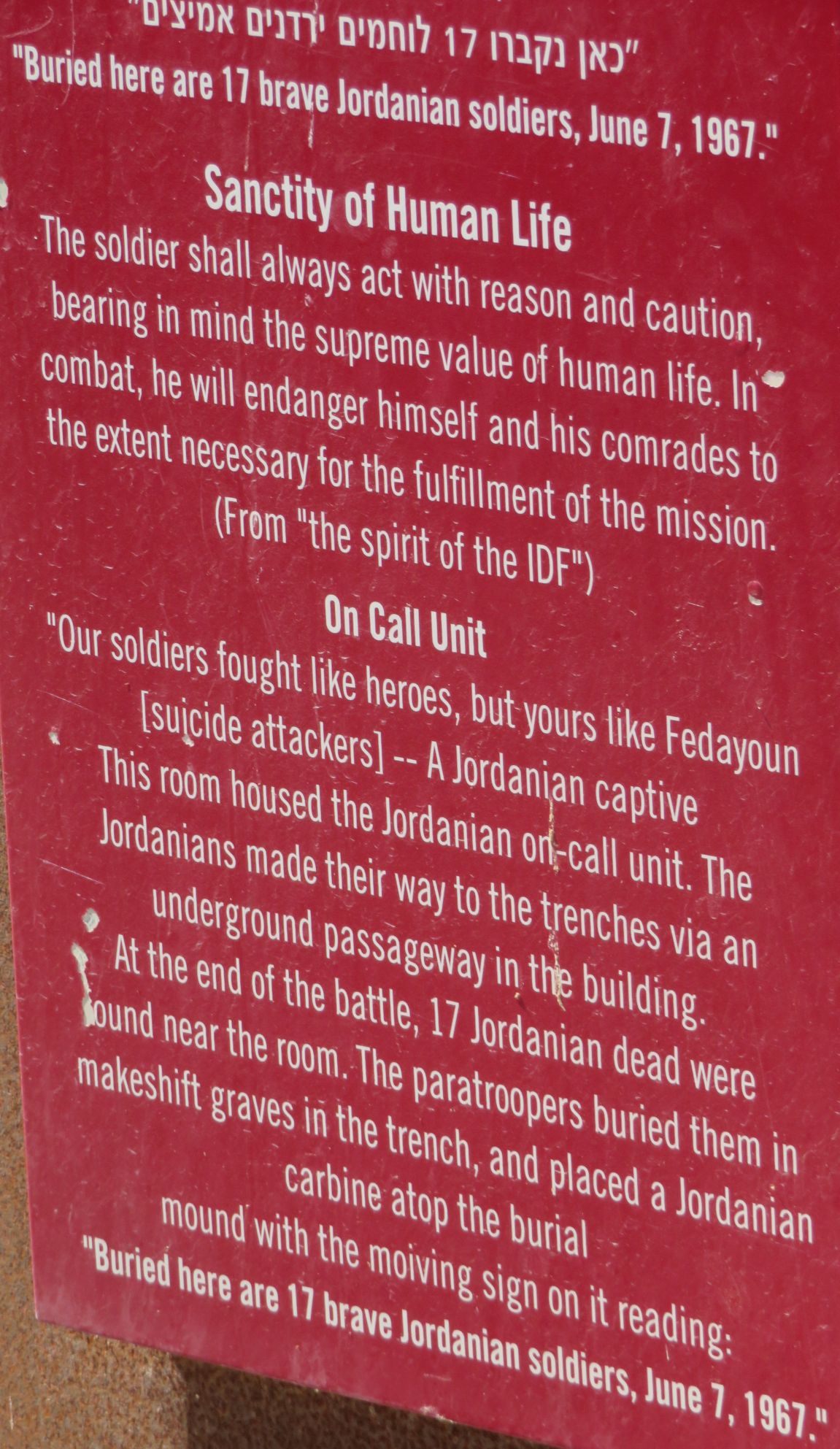 Plaque at Ammunition Hill in Jerusalem, site of a critical battle during the Six-Day War of 1967.
About the Author
Fred Maroun is a Canadian of Arab origin who lived in Lebanon until 1984, including during 10 years of civil war. Fred supports Israel's right to exist as a Jewish state, and he supports the Palestinians' right to self-determination in their own state. Fred supports a liberal and democratic Middle East where all religions and nationalities, including Palestinians, can co-exist in peace with each other and with Israel, and where human rights are respected. Fred is an atheist, a social liberal, and an advocate of equal rights for LGBT people everywhere.
Related Topics
Related Posts
Comments