American film producers Joe Knopp and Daryl Lefever are diving into an Olympic-size pool of political fights which are already drowning the American public in a flood of ads, speeches, and social media. With box office-winning films already to their credit, they have now consolidated their talents into a new film company, Wolf Rock Pictures. Their first documentary is destined to make waves with more conversations and more conflict. Yet, the producers hope to shift views into a tidal wave of truth.

Lifelong friends for 35 years, Joe and Daryl have remained in touch on and off, lived in different states, and reconnected some years ago in their mutual love for producing film. They are both Lead Producers on their Wolf Rock Pictures. Their films including “Woodlawn” in 2015-about Coach Bear Bryant pioneering integration on his University of Alabama football team-and their last two films are favorites among evangelicals.

Their 2018 film, “I Can Only Imagine,” is the true story about a composer’s life and song by the same name. It took in $86 million worldwide and is deemed the 6th highest grossing faith-based film of all time in the US. It featured a gripping drama about Bart Millard who composed one of the most popular Christian songs in recent memory. “Unplanned,” another faith-based film, told the true story of Abby Johnson, an award-winning Planned Parenthood Director. Her life changed when she saw an abortion for the first time in the clinic she ran. The movie was released last year earning $21 million at the Box Office worldwide showing Abby Johnson’s dramatic conversion into a now-famous pro-life advocate.

I’ve seen the three films I mentioned and they are exceptional. I admire their compelling ability to mix emotions, drama, and reality, and then transform a story onto the screen. I was delighted then for the opportunity to interviewed Joe and Daryl about their newest film, “The Trump I Know” which will be released on October 1. www.thetrumpiknow.com

Rewind to 2019 when one of Joe’s friends introduced him to Lara Trump. That meeting with the President’s daughter-in-law generated the documentary project. It was slated to begin production in the early spring 2020. That is until the Covid-19 crisis hit the U.S. and the world. They finally began filming in June, deciding to keep a low-profile. The 10-person crew holed up in a DC hotel for six weeks. Joe noted, “I usually do feature films with a hundred crew. This will be the shortest turnaround I have ever had for any film.” The crew traveled to Florida and also with the Women for Trump bus tour in August holding rallies in battleground states from Florida to Minnesota.

The time frame was challenging since they planned to release the documentary before the November 3 election. Despite that, Daryl described no shortage of great discussions. “We interviewed people who have known the President for decades. We learned about his real affection towards people like Billy Graham, that he went to Sunday school, and was confirmed in the Presbyterian church.”

Their interviews were extensive. While I chose to group seven of them in my blog, more than twenty exceptional women appear in the film-each one strong, secure, and smart. Among them Ronna McDaniel, Chair of the Republican National Committee and Kerry Woolard, Trump Winery’s General Manager. They invite audiences into an inner circle of conversations about President Trump, possibly the most controversial president in United States history. They will assure you that President Trump is more than the controversy that swirls around him. More than the criticisms aimed at circumventing him. More than a calamity that some think has befallen the Republic. They will introduce you to the Trump they know.

When Daryl thought back to Trump’s decision to run in 2015, he was somewhat concerned about Trump as an outsider. “He had a great life as a successful businessman. He was already famous and didn’t do it for a paycheck. It became obvious though that he’d get things done. I thought to myself, ‘He’s going to surround himself with really brilliant people.’”

Their roles range from White House Press Secretary to Senior Advisors, and Senior campaign positions. Along with their ethnic mixtures of Cuban, black, white, and Puerto Rican, their educational credentials include the University of Texas, North Carolina State, Harvard, Oxford, and Georgetown. Several women are attorneys, others are entrepreneurs, or with media backgrounds. One is a pastor and author. Their home states stretch from California to New Jersey and Florida to Texas.

Joe and Daryl have worked on hundreds of feature films and did not know what to expect in the interview/documentary format. Their entire project though exceeded their expectations. They spotted several themes emerging from the group. Joe observed, “For all of them it was a unique journey to the nation’s capital. Each one talked about their childhoods, that they were driven on a daily basis to just go where God wanted them to be.”

Another theme came to light about the President’s skill to identify qualities that they did not necessarily see in themselves. This led to promotions and even higher-level goals. “They are wives, mothers and working more than full time but they are crushing it,” Joe added. “Many of them knew Trump before he became President and saw his quality of leadership. It created their appreciation as his staff.”

When I asked about any criticism they have received thus far, Joe replied, “We only revealed the film on September 4. It is interesting watching what is coming down online. We weren’t surprised by the push back. Obviously, we knew this would occur, but it has played right into the heart of the purpose of this story.”

President Trump insisted on dropping in to meet the producers in the middle of his unending daily commitments. Daryl came away saying, “He has amazing kids, and now beautiful grandchildren. He ran because he loves this country. That came up with everyone over and over again. Joe agreed saying, “Family is really important to President Trump. And we have the leader of our nation who is also doing everything he can to help our country and the world.” 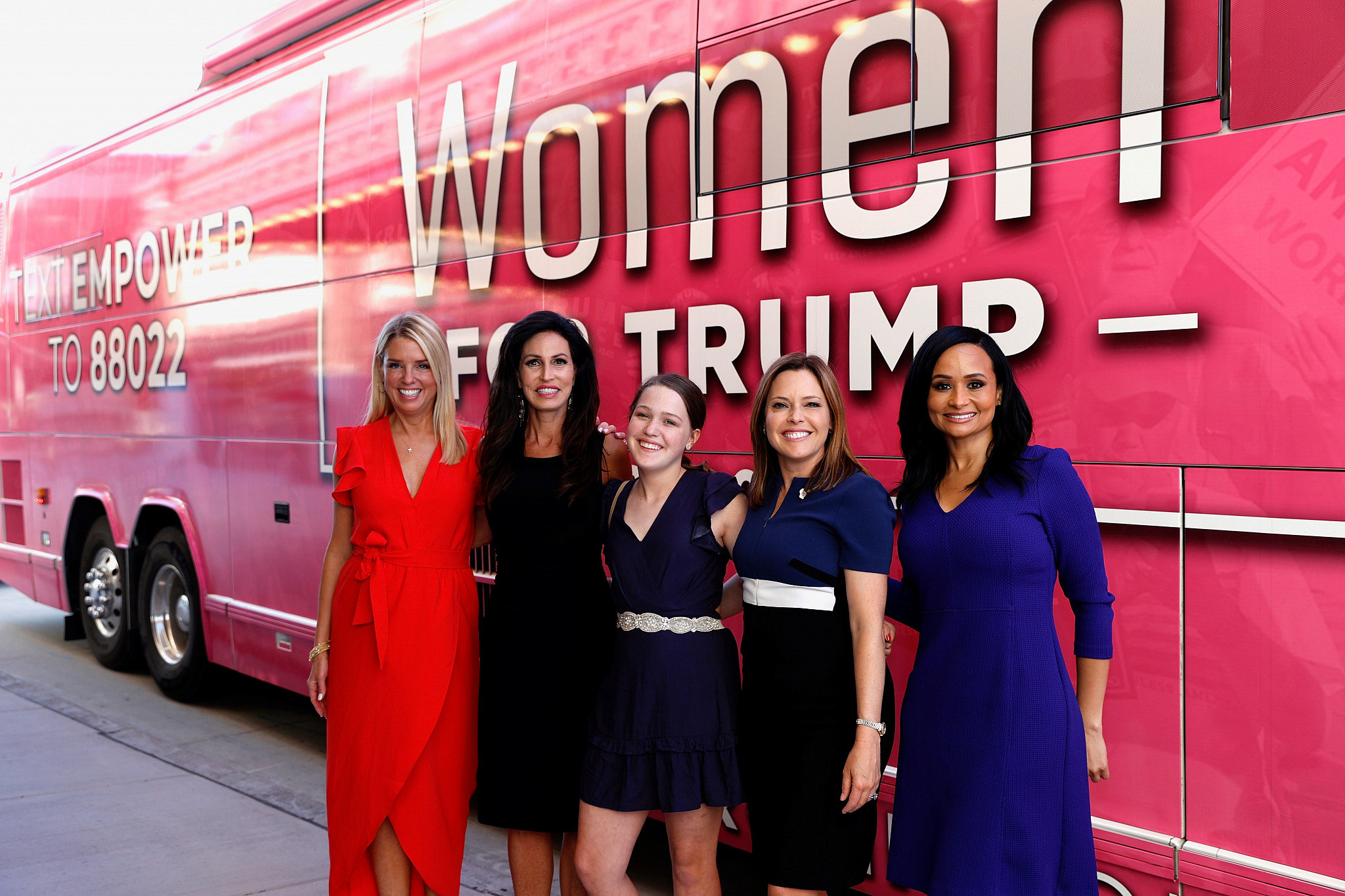 Pundits and commentators often mention an “October Surprise” in the American election season. If “The Trump I Know” is an October surprise which helps boost the women’s vote to re-elect President Trump, the producers will consider the documentary their most consequential work.

About the Author
Pro Israel Christian Advocate Arlene Bridges Samuels has held pioneering positions for almost two decades with Israel Always, American Israel Public Affairs Committee, (AIPAC) and International Christian Embassy Jerusalem USA's project, American Christian Leaders for Israel. Traveling to Israel since 1990, she is an author at the Times of Israel and weekly columnist for The Christian Broadcast Network Israel. A speaker, consultant, and networker, her articles have appeared in Philos Project, The Institute on Religion and Democracy, Southern Jewish Life, ICEJ's Word from Jerusalem, Mercy Ships, and Concerned Women for America. She posts her devotionals, The Eclectic Evangelical, on Facebook and on her website www.ArleneBridgesSamuels.com. After attending Winthrop University in her home state of South Carolina, Arlene earned her Masters degree at the University of Alabama.
Related Topics
Related Posts
Comments