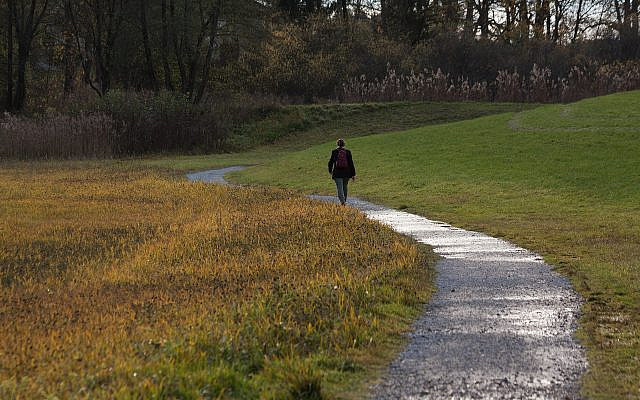 Image by Thanks for your Like • donations welcome from Pixabay

Moshe steps onto the stage as a baby, whose only active contribution is his vocal cry. But even in this rather passive moment, Moshe makes an impression. His cry attracts the Egyptian princess’s attention, and her response attracts our own. As we watch this baby crying his way into the Egyptian court, we can’t help but know that this portends great things.

“Every storyteller,” wrote Peter Guber in an article about storytelling that has since become a classic, “is in the expectations-management business.” Sometimes this means using a reader’s expectations as a promise that pulls him or her deeper into the story “through night and day and in and out of weeks” and all the way to its ultimate fulfillment.

At other times, it means using the readers’ expectations to deceive them.

And in the second chapter of Parashat Shmot, the Hebrew Bible does just that.

By placing Moshe in the Egyptian court, the Biblical Storyteller invites us to expect a swift deliverance. After all, we watched another young Israelite rise to prominence in Pharaoh’s court mere chapters ago, and saw him use his position for his family’s benefit. Millennia down the line, Esther will repeat the same pattern. Why not assume that Moshe will do the same?

Except that he doesn’t. Moshe’s first actions as an adult, going out to his brethren and witnessing their suffering, set in motion a chain of events that leads him out of the Egyptian court, out of his position of power, and out of Egypt altogether. Moshe, much like his adoptive mother, can’t refrain from action when he sees suffering. He first kills an Egyptian whom he saw beating an Israelite slave. The next day he comes upon two bickering  Israelite slaves and rebukes one of them for hitting the other. When the man he rebukes reveals that Moshe’s murder of the Egyptian is known, he runs away from Pharaoh’s wrath and all the way to to Midian.

At this point, Moshe seems to have left the Israelite story entirely behind. Not only does he not show any signs of planning a return to Egypt, he even marries a local girl (after saving her from oppressors, as per his MO, and helping her get water), and settles down as a shepherd for her father’s flock. But it is here that the Biblical Storyteller reveals his true brilliance, since each and every one of the actions that seemingly carry Moshe away from the larger Israelite narrative, actually encapsulates and foreshadows Moshe’s future contributions to this very story.

When Moshe actively sets out to “see” his brethren’s suffering, he makes a choice that will characterize him his entire life. His return to the Israelite story will follow another moment when he will go out of his way to see something – a burning bush, this time. He will then go on to see God more clearly than any other mortal, and will end his life as the man who’ll see the future that awaits his people in the promised land, even though he himself won’t share their fate. The man who has to go out to see the suffering he doesn’t experience, will later see the ultimate redemption without tasting it himself.

When Moshe kills the Egyptian oppressor, he foreshadows his main task in the next four Torah portions (including Shmot): breaking the Egyptian yoke and freeing the Israelites from oppression.

When Moshe rebukes the violent Israelite, he takes the first step in a long career of trying – and often failing – to educate and manage a people rife with complaints, bickering, and infighting. (The midrash emphasizes this connection by identifying the quarreling Israelites that Moshe rebukes with Datan and Aviram, who will defy Moshe repeatedly in the desert.)

And when Moshe helps his future wife and her sisters gain access to water, he foreshadows both his future attempts to give the Israelites water in the desert, and his role as the man who will bring them the Torah, which is “likened to water” by the sages (Taanit 7a).

Even the very fact that these actions seemingly remove Moshe from his brethren’s story foreshadows events that will unfold later, in the very end of Moshe’s life. When Moshe will stand before his people on the eve of their entry into Israel, he will have to prepare them to face an entirely new set of challenges (plenitude instead of privation, independence instead of obedience, to name but a few) without having him in their head. He will do so in a speech that will retell the national story, while diminishing Moshe’s own place in its heart. “The LORD our God spoke unto us in Horeb,” he will start in Deuteronomy 1:6, and continue to tell the story in the plural “we.” He will only move to the singular form of the first person three verses later, to describe not a moment of leadership, but rather a moment when he chose to withdraw from it: “And I spoke unto you at that time, saying: ‘I am not able to bear you myself alone.” (Deuteronomy 1:9)

Moshe’s speech and his efforts to minimize his role in the national story represent his last great gift to the children of Israel. The man who starts his adult career in this week’s Torah Portion by distancing himself from his brothers, will end it by withdrawing himself from their story, and thus giving them room to grow – and to lead.