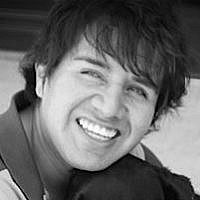 The Blogs
Belo Cipriani
Apply for a Blog
Advertisement
Please note that the posts on The Blogs are contributed by third parties. The opinions, facts and any media content in them are presented solely by the authors, and neither The Times of Israel nor its partners assume any responsibility for them. Please contact us in case of abuse. In case of abuse,
Report this post. 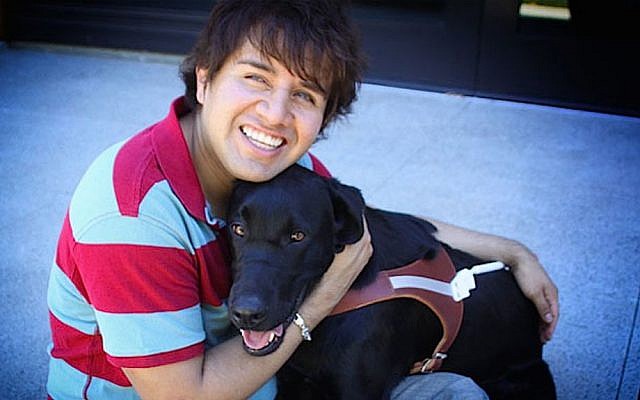 Before I was blind and a writer, I was a boy with many questions. Every other sentence began with a why, who or what, which drove my family mad.

Like many siblings, my two older teenage sisters would ignore my questions, instead swaying their puffy hairdos to Duran Duran. My younger sister would shrug and look away even before I finished my sentence. Dad, who was usually sitting on the brown sofa, would nod or shake his head faintly, making the TV screen that was reflected in his glasses dance. The only person who put up with my inquisitive nature was my mother.

One school morning, a few days before my 9th birthday, I woke up to my eldest sister making breakfast. Alarmed, I asked her where mom was.

“She’s resting,” she shared, pulling milk out of the fridge. “The baby in her belly kept her up last night.”

I had watched my mom’s stomach grow and grow, and the idea of another brother or sister worried me. If it’s a girl, will she become the family favorite? And if it’s a boy, will he replace me? Quickly, I ate my cereal, rinsed my bowl in the sink, and darted to my parent’s bedroom.

With a few pillows supporting her back, I found my mom watching the Spanish channel from the bed. She had a calm expression on her face.

“Where’s your book bag?” she piped up, smiling. “You can’t be late. It’s your last week of school.”

I nodded, making my way around the bed and sitting close to her. She scanned my face and ran her warm hand through my hair. As though she read my mind, she continued, “This baby will not replace you. And for your birthday, we’ll get you your favorite chocolate cake.”

My older sister popped her head into the room, demanding I hurry to the car. There was a slight hint of annoyance in her tone.

Over my shoulder, I watched my sister nod, casting her eyes downward as she quietly disappeared into the dim hallway.

My mom squeezed my hand and asked me to reach for a box in the closet. Wondering why my mom had broken her “no missing school unless you are really sick rule,” I grabbed the velvety maroon case from a shelf.

She slowly opened the box and we both stared at the bronze tree inside — our family’s Menorah.

“People are like trees,” she began, running her pale fingers over the metal bark. “And each person they love becomes one of their branches. You are one of my branches, and without you, I would be a smaller tree. I love all of you differently and I won’t love you more or less when the baby arrives.”

Although her words comforted me, this was a lesson she would continue to bring up throughout my life — especially when I started to date guys.
In my late teens, I began to have boyfriends, and I always claimed to love the current guy more than the previous.

“Don’t compare your relationships,” she warned. “It’s not fair to them. Besides, they were all put in your path for a reason.”

On occasion, my mom’s beliefs would frustrate me when I was sighted; but as a blind man, they brought me comfort. Each unique way of taking in the world helped me deal with the assault and the group of friends that beat me. Most importantly, she encouraged me to focus less on the betrayal and more on my rehabilitation. I continued with the questions and she with the answers.

“Will I be able to find work as a blind man?” I asked, practicing my Braille alphabet on the dining room table.

“Yes,” she replied, squeezing my shoulder. “In losing your sight you have learned to adapt — a skill any business would want.”

“Will I ever find love?” I inquired, holding on to her elbow as I tapped my cane over the wet pavement.

“You’ll find many loves and grow many branches — just give it time,” she sighed.

My mother was right. A few months after losing my sight, I began to date again. When I had vision, I was a sucker for men with dark features. Middle Eastern, Asian, Black — I liked them all. As a blind man, I developed a thing for men with squared jawlines and rugged hands. I built a new system for getting to know men and eventually began to have boyfriends.

Blindness also brought about a new kind of love — a bond I never imagined existed, the affection of a guide dog. Madge was 43 pounds of lab energy. And even though we had a rough start, as I struggled to manage my first dog, she didn’t wait to show me how much she cared. Within the first six months of our partnership, she saved me from being hit by a car twice. Both times I felt her body push me back as the car ran the light and honked. Fearless, she positioned herself between the moving vehicle and me.

Madge became more than my eyes — she was my biggest confidant. She came everywhere with me and was the favorite guest at every party. One chilly morning, I was brushing her teeth when my mom came into my room and asked, “Why are you two getting ready? I thought you didn’t work on Fridays.”

“I have a date with Owen. He took the day off to hang out,” I replied.

“Aha, he loves you,” she cheered. “Or at least he’s starting to. Otherwise, he wouldn’t have broken the rules.”

“Break the rules?” I chuckled. “What do you mean? He took time off. Everyone gets to take vacation time.”

“He broke his routine for you, Belo,” she blurted. “That’s what people do when they care.”

Not fully appreciating her words, I reached for Madge’s harness and slipped it on. I gave my mom a hug and let Madge guide me out of my apartment.

Seven years later, my second guide dog, Oslo, and I waited for the BART train late one evening. Reflecting on my mom’s recent passing and Madge’s retirement, I once again felt my brain ignite with questions. I reached for Oslo’s head and began to caress it.

“Oslo,” I whispered, “Do you think I’ll get engaged again?”

He perked up and began to lick my face. I think that’s a yes, I thought, laughing.

I felt my phone vibrate and I asked Oslo to settle down. As Siri read the text, I sensed confusion arise. The message was from a guy named Ray, someone who I had met at a bar a few weeks prior. However, our hectic schedules had kept us from having a real date. In the message, he proposed we both take a half-day on Friday to hang out.

He’s nuts, I thought, shaking my head at the idea. After all, I barely knew the guy.

Suddenly, I heard a few guys murmur, “Check out his phone. It’s one of the new ones.”

I heard footsteps draw closer and felt Oslo’s head lift from my leg and turn to face the strangers. As the men got closer, I heard Oslo growl, then bark.

Guide dogs are not trained to bark or guard. Yet, Oslo had broken his training for a reason. I quickly shoved my phone in my pocket and felt his tongue on my hand. Unsure if I should call the police, I praised him.

We made it back into our apartment and I kneeled down to hold Oslo tight. For the first time in a while, I didn’t have questions, but answers. I finally understood what my mom had tried to tell me my whole life. I loved Oslo and Madge equally and they each showed me their affection in different ways. So, maybe I wouldn’t marry Ray. Still, I would never find out by hiding behind my writer schedule. I pulled out my phone and agreed to meet him that Friday. 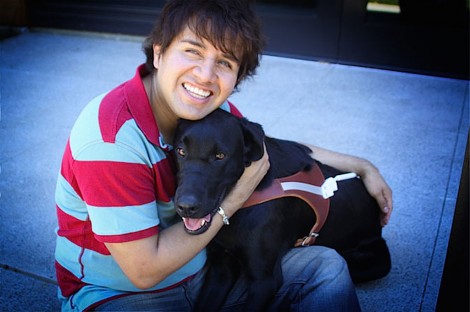 Belo Cipriani is the Writer-in-Residence at Holy Names University, a spokesperson for Guide Dogs for the Blind, the “Get to Work” columnist for SFGate.com, and the author of Blind: A Memoir. Learn more at his Website.

About the Author
Belo Cipriani is the Writer-in-Residence at Holy Names University, a spokesperson for Guide Dogs for the Blind, the “Get to Work” columnist for SFGate.com, and the author of Blind: A Memoir.
Related Topics
Related Posts
Comments