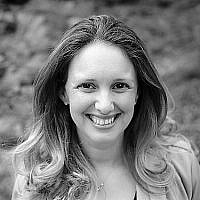 The Blogs
Brachie Sprung
Apply for a Blog
Please note that the posts on The Blogs are contributed by third parties. The opinions, facts and any media content in them are presented solely by the authors, and neither The Times of Israel nor its partners assume any responsibility for them. Please contact us in case of abuse. In case of abuse,
Report this post.

When my 6-year-old son whispered in my ear that he was working on a surprise project at his school in honor of “Mother’s Day,” I didn’t have the heart to tell him that it was the holiday I hated most as a girl.

We’re new to New York, my husband and I and our three boys, all under the age of 8. We came from Israel this fall. Israel replaced “Mother’s Day” with “Family Day” in the 1980s, when I was small, to my great delight.

I grew up in the hills of Jerusalem with my father. We were a team: he took me pretty much everywhere he went and always made sure I had the best dresses and the nicest French braids. In a school of 500 Orthodox girls, I was the only one who had divorced parents and even worse no mother. Sometimes, my school held events and invited mothers, but not fathers, and I would sit in the back of the room ashamed to be alone. I remember one occasion when my father came and left quickly, embarrassed to find himself in sea of Orthodox women.

So I was relieved and happy when a wave of feminism in Israel brought me “Family Day,” a time when my country acknowledged that my life with my father, and later my stepmother too, deserved celebration.

Here in the United States, “Mother’s Day” seems sacred, with chocolates and spa visits, beautiful cards, colorful bouquets, gifts and brunch. Like most American holidays, it has become a whole industry.  I sense nostalgia in Americans, as they make a show of the old-fashioned expectations of families, women and mothers, although American families look nothing like the old model of stay-at-home Mom and do-no-childcare Dad. Single fathers headed up 8 percent of US households in 2011, up from just over 1% in 1960. There’s been a boom in stay-at-home-dads, according to data from the Pew Research Center. About 3% of American children live with their grandparents and no parents. More children are being raised by gay parents, with two mothers or two fathers.

In an ideal world, perhaps, every child would be raised by two (or three or even four) loving parents. However, the absence of a parent, including a mother, doesn’t doom a child to failure. At 34, I trust in my resilience and am grateful for a joyful, ambitious life.

But the old ideas epitomized by “Mother’s Day” are still present everywhere.  I travel around the globe for work, and even when I’m in town, I don’t always make it home for dinner. When colleagues hear that I have three boys under the age of 8, they look concerned and ask, “Who is with your kids?” “They have a wonderful father who is capable of caring for them when I am away,” I answer. No one would even think of asking a man that question.

“Mother’s Day” is beautiful in its way. It gives mothers an opportunity to celebrate the importance of our unpaid work. It gives children a time to show gratitude and respect to their mothers. I’d be happier if Father’s Day was of equal importance, which it clearly isn’t. I work hard to model for my sons that mothers can have careers and fathers can take an active role in raising children. I want my boys to celebrate “Family Day,” the holiday I treasured as a child, a day in which a child needn’t worry exactly what her family looks like.

When my son returned from school with his special “Mother’s Day” project this past week, I smiled and thanked him. Inside, a strong little girl called out to me. I thanked her as well — for learning that love comes in many ways. And on Sunday, I will gather with my boys and husband and celebrate our team.

Brachie Sprung is the Director of the International Office of Jerusalem Partnerships. She lives in NYC with her husband Ari and three sons.

About the Author
Brachie Sprung is the Director of the International Office of Jerusalem Partnerships. She lives in NYC with her husband Ari and three sons.
Related Topics
Related Posts
Comments