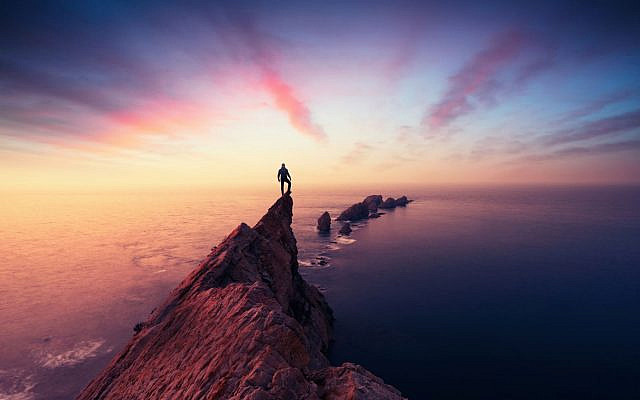 Rabbi Sacks zt’’l had prepared a full year of Covenant & Conversation for 5781, based on his book Lessons in Leadership. The Office of Rabbi Sacks will continue to distribute these weekly essays, so that people all around the world can keep on learning and finding inspiration in his Torah.

The book of Bereishit ends on a sublime note of reconciliation between Jacob’s sons. Joseph’s brothers were afraid that he had not really forgiven them for selling him into slavery. They suspected that he was merely delaying his revenge until their father died. After Jacob’s death, they express their concern to him. But Joseph insists:

“Do not be afraid. Am I in the place of God? You intended to harm me, but God intended it for good, to accomplish what is now being done, the saving of many lives. So then, do not be afraid. I will provide for you and your children.” And he reassured them and spoke kindly to them. (Gen. 50:19-21)

This is the second time Joseph has said something like this to them. Earlier he spoke similarly when he first disclosed that he – the man they thought was an Egyptian viceroy called Tzophnat Pa’aneach – was in fact their brother Joseph:

“I am your brother Joseph, the one you sold into Egypt! And now, do not be distressed and do not be angry with yourselves for selling me here, because it was to save lives that God sent me ahead of you. For two years now there has been famine in the land, and for the next five years there will be no ploughing and reaping. But God sent me ahead of you to preserve for you a remnant on earth and to save your lives by a great deliverance. So then, it was not you who sent me here, but God.” (Gen. 45:3-8)

This is a crucial moment in the history of faith. It marks the birth of forgiveness, the first recorded moment at which one person forgives another for a wrong they have suffered. But it also establishes another important principle: the idea of Divine Providence. History is not, as Joseph Heller called it, “a trash bag of random coincidences blown open in the wind.”[1] It has a purpose, a point, a plot. God is at work behind the scenes. “There’s a divinity that shapes our ends,” says Hamlet, “rough-hew them how we will.”[2]

Joseph’s greatness was that he sensed this. He saw the bigger picture. Nothing in his life, he now knew, had happened by accident. The plot to kill him, his sale as a slave, the false accusations of Potiphar’s wife, his time in prison, and his disappointed hope that the chief butler would remember him and secure his release – all these events that might have cast him into ever-deeper depths of despair turned out in retrospect to be necessary steps in the journey that eventuated in his becoming second-in-command in Egypt and the one person capable of saving the whole country – as well as his own family – from starvation in the years of famine.

Joseph had, in double measure, one of the necessary gifts of a leader: the ability to keep going despite opposition, envy, false accusation and repeated setbacks. Every leader who stands for anything will face opposition. This may be a genuine conflict of interests. A leader elected to make society more equitable will almost certainly win the support of the poor and the antagonism of the rich. One elected to reduce the tax burden will do the opposite. It cannot be avoided. Politics without conflict is a contradiction in terms.

Any leader elected to anything, any leader more loved or gifted than others, will face envy. Rivals will question, “Why wasn’t it me?” That is what Korach thought about Moses and Aaron. It is what the brothers thought about Joseph when they saw that their father favoured him. It is what Antonio Salieri thought about the more gifted Mozart, according to Peter Shaffer’s play Amadeus.

As for false accusations, they have occurred often enough in history. Joan of Arc was accused of heresy and burned at the stake. A quarter century later she was posthumously declared innocent by an official court of inquiry. More than twenty people were put to death as a result of the Salem Witch Trials in 1692-3. Years later, as their innocence began to be perceived, a priest present at the trials, John Hale, admitted, “Such was the darkness of that day… that we walked in the clouds, and could not see our way.”[3] The most famous false accusation of modern times was the trial of Alfred Dreyfus, a French officer of Jewish descent who was accused of being a German spy. The Dreyfus affair rocked France during the years 1894 and 1906, until Dreyfus was finally acquitted.

Setbacks are almost always a part of the life-story of the most successful. J. K. Rowling’s initial Harry Potter novel was rejected by the first twelve publishers who received it. Another writer of a book about children suffered twenty-one rejections. The book was called Lord of the Flies, and its author, William Golding, was eventually awarded the Nobel Prize for literature.

In his famous commencement address at Stanford University, the late Steve Jobs told the story of the three blows of fate that shaped his life: dropping out of university; being fired from Apple, the company he founded; and being diagnosed with pancreatic cancer. Rather than being defeated by them, he turned them all to creative use.

For twenty-two years I lived close to Abbey Road in North London, where a famous pop group recorded all their hits. At their first audition, they performed for a record company who told them that guitar bands were “on their way out.” The verdict on their performance (in January 1962) was: “The Beatles have no future in show business.”

All this explains Winston Churchill’s great remark that “success is the ability to go from one failure to another with no loss of enthusiasm.”

It may be that what sustains people through repeated setbacks is belief in themselves, or sheer tenacity, or lack of alternatives. What sustained Joseph, though, was his insight into Divine Providence. A plan was unfolding whose end he could only dimly discern, but at some stage he seems to have realised that he was just one of many characters in a far larger drama, and that all the bad things that had happened to him were necessary if the intended outcome was to occur. As he said to his brothers, “It was not you who sent me here, but God.”

This willingness to let events work themselves out in accordance with providence, this understanding that we are, at best, no more than co-authors of our lives, allowed Joseph to survive without resentment about the past or despair in the face of the future. Trust in God gave him immense strength, which is what we will all need if we are to dare greatly. Whatever malice other people harbour against leaders – and the more successful they are, the more malice there is – if they can say, “You intended to harm me, but God intended it for good,” they will survive, their strength intact, their energy undiminished.