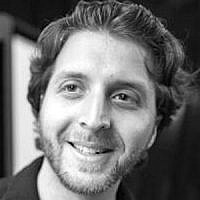 Kveller via JTA — We pulled up to the funeral parlor and our 5-year-old, Ravi, skipped along the stairs. My partner, Yael, and I exchanged glances. We had wondered when was early enough to bring Ravi to her first funeral, but with her cousins in abundant attendance and her grandmother’s specific request that she come, we acquiesced.

Her grandmother’s brother had died and Ravi hasn’t been shy when it comes to asking questions about mortality.

“Is God dead?” Ravi asked us on a car ride home from camp over the summer.

Sure, Ravi is a rabbi’s kid — but isn’t 5 a bit early for Nietzsche?

When we told her that her great-uncle had died and if she understood what that meant, she nodded.

Ravi was too young to attend her great-grandmother’s funeral, but she was a bubbly toddler at shiva, walking around her apartment.

Now the toddler had grown a few years. Her younger brother, Hillel, was home with my mother, and here she was not only toddling around, but skipping.

Ravi sat quietly during the service, drawing pictures on a pad we brought for her, mostly uninterested in family speeches or memorials. She stood when we stood. She sat next to her older cousins. She was a big kid.

Later, arriving at the cemetery, Ravi was fascinated.

“Is Uncle Louis really in the box?” she asked. “How did he get there?”

Yael patiently explained the ancient practice of tahara, the ritual cleaning of the deceased, to our kindergartner.

“First they make sure the body is clean and dressed in white clothes,” Yael explained.

“Are they comfy?” Ravi interjected.

Ravi followed the casket, the aron, closely as we made our way to the graveside.  She watched carefully as the rabbi explained the procedure and the adults started shoveling.

“When is my turn?” she wanted to know. “When do the kids get to shovel?”

Even with her energetic interest, the mood was subdued. Did she understand this was a goodbye? (She did later say to me she wouldn’t get to play with Uncle Louis’ toys since she would need to ask his permission first. She wouldn’t be able to because she said curtly, “He’s dead.”

There’s nothing like visiting a cemetery to feel humbled. Just days earlier in synagogue we had read the Book of Ecclesiastes, where King Kohelet wrote the following:

“For in respect of the fate of man and the fate of beast, they have one and the same fate: as the one dies so dies the other, and both have the same life-breath … both go to the same place; both came from dust and both return to dust.”

Certainly, cemeteries are humbling, witnessing the eternal resting places of people who have passed and history beheld to tombstones. But going to a cemetery with my kids, that’s a whole other type of humbling.

This sad occasion happened during Sukkot, which Jewish tradition offers is a time of rejoicing. It’s the time of harvest and bounty, when the sages prescribed Ecclesiastes to be read.

Yet at the peak of our joy or perhaps pride, we remember whence we came, lest we forget our own humility and humanity.

To my 5-year-old, though, mortality isn’t quite as meaningful as we are.

Yes, Ecclesiastes offers, “There is a time for everything.”

But for children, time bears no hold on reality.

It’s Sukkot eve and we put Ravi to bed, telling her if she goes to sleep nicely I’ll bring her to the sukkah later, to sleep on a blow-up mattress.

I smile because she doesn’t grasp the difference between these markers and that, for now, is truly wonderful.

Rabbi Avram Mlotek is a co-founder of BaseHillel.org.

About the Author
Rabbi Avram Mlotek was named one of America's Most Inspiring Rabbis by the Forward in May 2016 and is a founder of Base Hillel, a home focused rabbinic ministry now in ten cities worldwide. He is the author of "Why Jews Do That or 30 Questions Your Rabbi Never Answered."
Related Topics
Related Posts
Comments