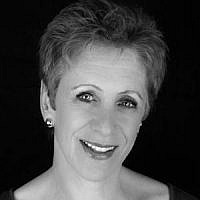 The Blogs
Laurel Herman
Chef Instructor, Culinary Storyteller, and Culinary Medicine
Apply for a Blog
Advertisement
Please note that the posts on The Blogs are contributed by third parties. The opinions, facts and any media content in them are presented solely by the authors, and neither The Times of Israel nor its partners assume any responsibility for them. Please contact us in case of abuse. In case of abuse,
Report this post. 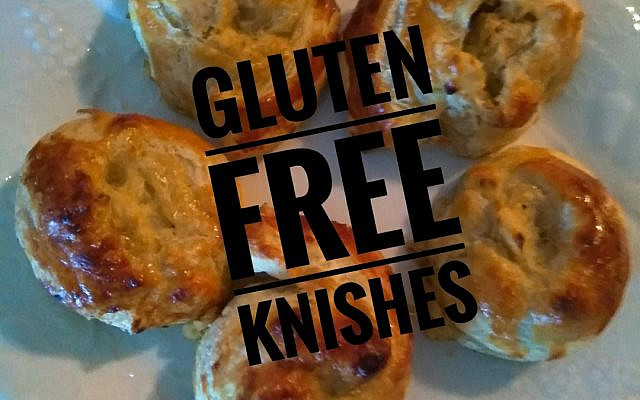 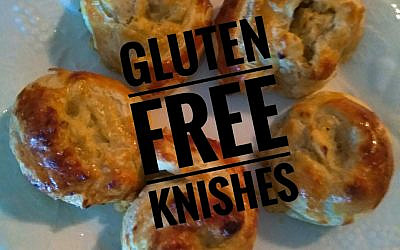 The thing I love most about the holidays, is hearing about what other people eat. I am fascinated by what people eat on Christmas Eve, or as I would call it, Erev Christmas.

Here is the backstory. I grew up in Deer Park, New York  a largely Italian neighborhood. Let’s see, on my block the roll call went something like this: 2 German families, 3 Irish, 3 Jewish, 1 Puerto Rican (different block) surrounded by a sea of Italians. My Black friends lived across Deer Park Ave, behind the theater. It was segregated, but school wasn’t. Some families weren’t happy that we were there.

My first experience with anti-Semitism  was when I was 5. That was the first time I was ever called a  Dirty Jew, walking to school one day, from one of the kids on my block.  I asked my mother, ” What’s a dirty Jew?” That is when she flew down the street and told the mom, “We will be living here a long time, you better get used to it.” They were “Good Irish Catholics.”

When someone sold a house, we had one particular neighbor that watched to make sure the neighborhood remained white. Except for my parents who opened our home to everyone, and took great pleasure in watching the neighbors watch us.  They were the original allies. We intermingled, and we didn’t, each culture, trying to retain their autonomy in this melting pot called New York. I would not know a racially  diverse neighborhood, until I moved to Richmond Virginia, where I was able to choose a neighborhood that was also a melting pot, mostly immigrant families, getting their start in the new world. And I would not truly be introduced to and find an understanding of racial bias and white privilege, until the Black community here was gracious enough to educate me from a Black perspective. In our efforts to understand our deep  conditioning about each other,  food will always win as a common denominator, what brings people together.

The question still remains, “But what did you eat?” I was blessed to have Italian, and Puerto Rican friends. Christmas dinners were the norm and I was luckiest Jewish kid ever.  I am still craving  Pasteles, a dough with mashed green bananas, filled with meat and wrapped in Banana  leaves. My eyes well up just thinking about them. Someone bring me one please! Imagine my shock when I found out Italian Stuffed Calamari, wasn’t stuffed pasta it was squid. That was the last time I ate calamari.  So when the white folks I meet here say, ” Oh, we just have a sandwich,”  I’m always disappointed. Don’t they know what they’re missing?

There is a large Black community that left the tri-state area and made Richmond a home. My friends, much to my delight grew up knowing Yiddish, Jewish culture and food. Finally! Someone knows what a knish is. I’d thought everybody did.

I posted a photo on Facebook, and received a message that went something like this: “OMG I love knishes, my sister would be so happy if I brought her knishes for Christmas, would you be able to make me some?”  I was so happy I didn’t know what to do except to say YES! That is how I met Liller Freeman,  a transplanted New Yorker, who made me the happiest girl on Earth that day. She’s a straight shooter, pulls no punches, loves the Lord, and stands firm in who she is.  There are some folks you meet that you adore on first sight.  I asked Liller to share how she came to eat knishes.

“Growing up in Brooklyn, New York, made me a pretty adventurous kid. I was raised in an era where ” the block” helped watch over us. In my little square, I was able to experience different cultures, and most of all; be introduced to foods, people wouldn’t think to “teef.” My fondest memories was Sundays. My parents would give me money to get the Sunday paper. And instead of going to the corner bodega, I would go to the Jewish diner, and, at 8-years-old, order a knish with hot chocolate. It was always fresh, steaming hot, the crispy dough with the potato seasoned to perfection. As I got older, I added the mustard and sauerkraut. That was many moons ago. To this day, I’m still a sucker for a good knish. There are some things your soul never forgets: good people and good food.”

I agree with Liller. You are now forever deep in a place in my heart.  I’m making some next week, and I’m saving you some. Here is my gluten-free healthier version that doesn’t compromise on taste. Happy cooking, and whatever you are celebrating, please share it with someone whom you can expand their palate for people and food.

2 pk puff pastry (I use gluten-free)

1 tablespoon flour (I use gluten-free)

Saute onions in oil or a little chicken fat. (or olive oil)  Set aside. Boil the potatoes, drain and mash,  but not too soft. Add the onions salt and pepper. Let cool. An alternate to chicken fat is a bit of chicken broth powder to make it healthier.

Beat the eggs with a drop or two of water in a small bowl and set aside.

Place parchment on a baking sheet and spray.

Roll out the puff pastry on a table that has been dusted with flour.

Make a roll of the mashed potatoes 1 inch in and leaving a ¼ inch on each side.   Cut about 6 or 7 pieces. Roll on its side and pinch the edges of the dough, (the top part) it will form a ball.  Dip  ¾  of the  knish into the egg wash and place on a pan with parchment.  Bake for 30 mins or until golden. Serve with mustard.