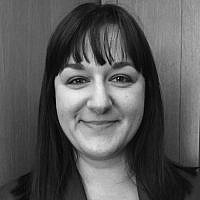 The Blogs
Ruth Smeeth
Apply for a Blog
Please note that the posts on The Blogs are contributed by third parties. The opinions, facts and any media content in them are presented solely by the authors, and neither The Times of Israel nor its partners assume any responsibility for them. Please contact us in case of abuse. In case of abuse,
Report this post.

The story of Cable Street is the story of real lives, of the old East End and the souls who inhabited it. It’s a story of rough and ready Irish Dockers and scrappy young Jews, of Rabbis breaking bread with Commies and bookies breaking skulls with Blackshirts.

It’s the story of my own family, and countless others. And the tales of that fateful day in 1936, and the lessons that they hold, should never be forgotten.

Despite its place in history, the Battle of Cable Street might never have taken place. When it did, it was the result of necessity and desperation rather than design.

When Mosley’s plan to march through the East End was announced, a deputation of the five East London mayors visited the Home Secretary directly to ask that the march be banned. When this request was refused the community itself campaigned to put a halt to the march, gathering a petition of over 100,000 signatures calling for a halt to the event.

Despite the obvious threat to local residents, and the fierce opposition of the local community, the authorities sided with Mosley’s fascists.

In the face of this indifference, it was left to the community to defend itself. And so they did.

Uncle Hymie was a boxer, a betting man and an alleged member of Jack Spot’s Aldgate Mob. Later, like most east end bookies, he would go on to become an acquaintance of Ronnie and Reggie Kray. As it turns out Hymie was resourceful too when his family, friends and community needed him to be.

So when he heard a fight was on the cards he and his friends leapt into action. They organised a tour of the snooker halls and coffee shops of the East End. They ‘borrowed’ the snooker cues and broom handles for future use, and took the table legs too for good measure.

They collected money too, to grease the palms of the local constabulary in an attempt to evade arrest while defending the community. As the history books tell us, the actions of the police that day showed that the gesture made little difference to an establishment that shamefully sided with the fascists at every turn.

The struggle against the Blackshirts was truly a family affair. My nana, just 23 at the time, spent the days before the march gathering fruit and vegetables at her home in Commercial Street to hurl at the fascists. Family folklore suggests that fruit wasn’t the only thing she was preparing as weapons against the fascists.

I’m proud of the role my family played on that fateful day in 1936, and I’m proud to follow in their footsteps. As the former director of HOPE not hate, I’ve tried to build on my family’s legacy to challenge the poison of the far right and I continue to work to ensure this generation does not suffer in the way that those before us have.

In our collective fight against the politics of hate, the greatest weapon I ever found was the tolerance, respect and common bonds that hold our communities together. That, and occasionally a table leg.

It is that solidarity, that unity in the fact of hatred and intolerance, that is the true lesson of Cable Street and it is one that we must never, ever forget.

About the Author
Ruth Smeeth is former MP for Stoke-on-Trent North and Vice-Chair of the Jewish Labour Movement. She is CEO of Index on Censorship.
Related Topics
Related Posts
Comments