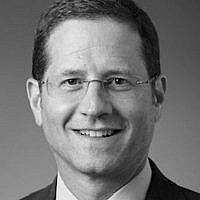 The Blogs
Jeffrey T. Kuvin
Apply for a Blog
Please note that the posts on The Blogs are contributed by third parties. The opinions, facts and any media content in them are presented solely by the authors, and neither The Times of Israel nor its partners assume any responsibility for them. Please contact us in case of abuse. In case of abuse,
Report this post. 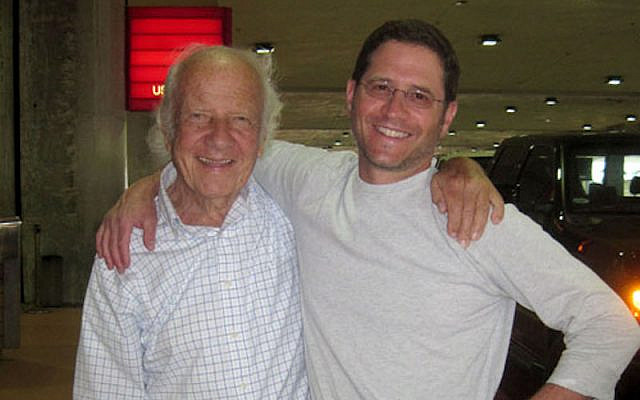 The COVID-19 pandemic has proven a powerful reminder of our global vulnerability to infectious diseases that are not restricted by borders or oceans. Our health and welfare is inextricably linked to that of people throughout the world.

In all, 172 countries have worked together to share information leading to the development of COVID vaccines, contributing to record-fast development, trials and distribution. Cooperation continues in identifying virus variants and getting vaccines where they are most needed.

Though the extent and urgency of this cooperation may be new, efforts to pool knowledge and expertise to stop global health threats were a core philosophy of my father, Dr. Sanford Kuvin. His medical career not only inspired me to follow in his footsteps but also mobilized doctors and researchers around the world to collaborate.

It was my father’s passion in this realm that ultimately led to the founding in 1976 of the Sanford F. Kuvin Center for the Study of Infectious and Tropical Diseases Center at the Hebrew University of Jerusalem.

Although he passed away in 2015, his work has only taken on more resonance as Israeli researchers forge new alliances with counterparts in countries as a result of the Abraham accords. Educated at the University of Pennsylvania, Cambridge University, and London School of Tropical Medicine and Hygiene, my father had a global perspective and was well-known for advocating that scientific exploration and cooperation were “prescriptions for peace” in the Middle East.

Some of my earliest memories of my father are of his work as a lead malaria investigator at the National Institutes of Health. As a part of the NIH’s National Institute of Allergy and Infectious Disease, he was well aware of the pain, disability, and death caused by infectious and tropical diseases. His early work on malaria testing allowed him to see, first-hand, the devastating effects of this disease, which continues to kill over 400,000 individuals every year, more than half of whom are children aged 5 and under.

Fittingly, the Kuvin Center is now recognized globally for its interdisciplinary studies in parasitology and tropical medicine. With a global footprint spanning East Asia, Africa, Europe, and Central America, the Center conducts research on infectious diseases, parasite biology, and vector-borne diseases like malaria.

It is emblematic of my father’s belief that collaboration between scientists from nations with a history of antagonism is both possible and potentially productive that one of the Kuvin Center’s first forays into collaborative research was a decade-long program with Egypt. The program began in 1981, around the very time that Israel and Egypt signed the historic Camp David accords when peace between the two countries was still a novel idea.

The joint research into vector-borne diseases was a breakthrough, both scientifically and diplomatically. The cooperation with Egyptian scientists continued in 1991 when the Kuvin Center began a four-year-long research program focusing on filariasis, a tropical illness transmitted by mosquitoes. Usually acquired in childhood, the disease damages the lymphatic system, causing painful swelling that can lead to permanent disability.

From 1997 through 2010, following the Oslo Accords, Kuvin Center scientists conducted a program with a team of Palestinian scientists. Together, they conducted research on leishmaniasis, a group of parasitic diseases spread through sand flea bites that cause lesions, scarring, and disability. Another chronic form of leishmaniasis, found in Ethiopia, attacks the internal organs and is deadly. Further, Kuvin Center scientists were awarded a large grant focused on leishmaniasis in Ethiopia funded by the Bill and Melinda Gates Foundation (2009 through 2014).

Today, as a direct result of Israel’s new diplomatic ties with Sudan forged in October 2020, the Kuvin Center has established contacts with Sundanese researchers, with whom they have submitted a pre-proposal to the US National Institute of Allergy and Infectious Diseases for a major malaria study. Sudanese scientists are now coming to Jerusalem to work alongside Israeli scientists at the Kuvin Center. The research team will study the three main elements that comprise the transmission cycle: the causative malaria parasite, the human host, and the mosquito vector. Researchers will work to broaden understanding of how epidemiological factors such as the genetic background of the parasites, humans, and mosquitoes compromise the efficacy of treatment and disease control. These accomplishments were recently lauded at a “Titans of Global Health” virtual forum honoring Dr. Anthony Fauci and the founders of Regeneron, Dr. George Yancopoulos and Dr. Leonard Schleifer.

My father often said: “Diseases, and the vectors that carry them, do not recognize borders.” He believed that collaboration among scientists could not only improve healthcare worldwide but offer a path to peace among peoples and nations. What we have witnessed over 4 decades, most notably over the past year with COVID, is a testament to this mantra.

My father was an optimist, and a clear-headed one. He knew that infectious and tropical diseases are a constant threat to humanity, and he knew that science is the best way – the only way – to defeat these threats. Recent events have only validated his belief that research scientists, working together, can aid in the fight against debilitating illnesses while showing us the way forward to a more cooperative Middle East and more peaceful world.

About the Author
Dr. Kuvin is senior vice president of cardiology at Northwell Health’s Central and Eastern Regions, chair of the Department of Cardiology at the Zucker School of Medicine at Hofstra/Northwell, and a trustee of the Kuvin Foundation.
Related Topics
Related Posts
Comments
Advertisement