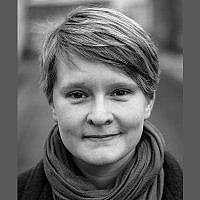 The Blogs
Christina Wirth
Apply for a Blog
Advertisement
Please note that the posts on The Blogs are contributed by third parties. The opinions, facts and any media content in them are presented solely by the authors, and neither The Times of Israel nor its partners assume any responsibility for them. Please contact us in case of abuse. In case of abuse,
Report this post. 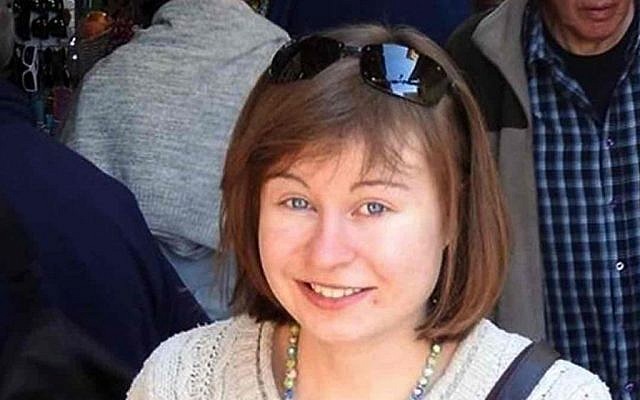 Hannah Bladon, the English student who was stabbed to death by a Palestinian terrorist in Jerusalem, on April 14, 2017. (UK Foreign and Commonwealth Office, via The Times of ISrael)

In 2017, the British exchange student Hannah Bladon from Birmingham University was murdered in a terrorist stabbing attack in Jerusalem’s light rail. I had the honor to share a flat with Hannah Bladon, a 20-year old student of Archaeology and Religious Studies. Both of us were exchange students at the Hebrew University. In addition to being a very gifted student, Hannah was an exceptional person, and I would like to introduce her in the following paragraphs.

Hannah was the only child to her loving parents, Max and Stella, from a small town in Staffordshire in the United Kingdom. Both her parents are extremely caring and I am sure Hannah adopted this from them. I got to know them after Hannah passed and both are wonderful people.

Allow me to relate how I met Hannah: When I arrived at our flat, Hannah had already been living there for a month. She was supposed to go to her ulpan, but skipped class to show me around. She explained tons of things to me in her British English — which was admittedly hard to understand. Even though the ulpan was one of her top priorities, and she hated to be late for anything, she put my needs first. This is just one of many examples that show Hannah as a person.

This demonstrates one of her main goals in life — to create a better world through acts of kindness. In order to fulfill this goal, she would take care of others in her surroundings. No matter how well she knew those people. No matter that those people wouldn’t offer her anything in return. Many newspapers reported on her last act of kindness, offering her seat to a pregnant woman on the light rail. And no matter whether those she took care of were at all human. She made a habit of feeding the stray cats in our neighbourhood because she could not stand them being forced to scavenge for food in the trash. At this point, Hannah would ask me kindly to say rubbish instead of trash — she was disgusted by the word trash and tried to win me over using British English. But feeding stray cats was not where her love for animals ended: she even allowed one particular cat to sleep in her bed. Many times, she let her into our flat and cuddled her while studying.

Besides being kind and caring, Hannah could also stand up for herself and others. We had to learn how to deal with the bluntness of Israeli men while going out. One time, a guy approached me and I had a hard time to explain that I was not interested; Hannah could see that I was uncomfortable and brushed him off. Yes, the seemingly shy Hannah could look after herself and others perfectly well with her words — and, if need be, her rugby skills.

But most importantly, Hannah could enjoy herself!  We had fun going to bars, restaurants, and concerts. She would spend many hours exploring Jerusalem and Israel with friends. While she told me all about the beautiful places she visited, the most important place to her was the Garden of Christ Church in the Old City, where she spent many hours by herself. It brings me joy to know that she has a tree dedicated to her and her own memorial plate in one of her favorite places. A few weeks ago, I visited it while on vacation in Israel.

Besides her small adventures in the city, most of Hannah’s time was dedicated to her studies. She was partial to excavations: she was willing to wake up at 5 in the morning to dig away the day in the mud. She was lucky enough to find a jug dating from 1000 BC, the time of King David. She came home, covered in dirt and exhausted, but seemed to be the happiest person alive. 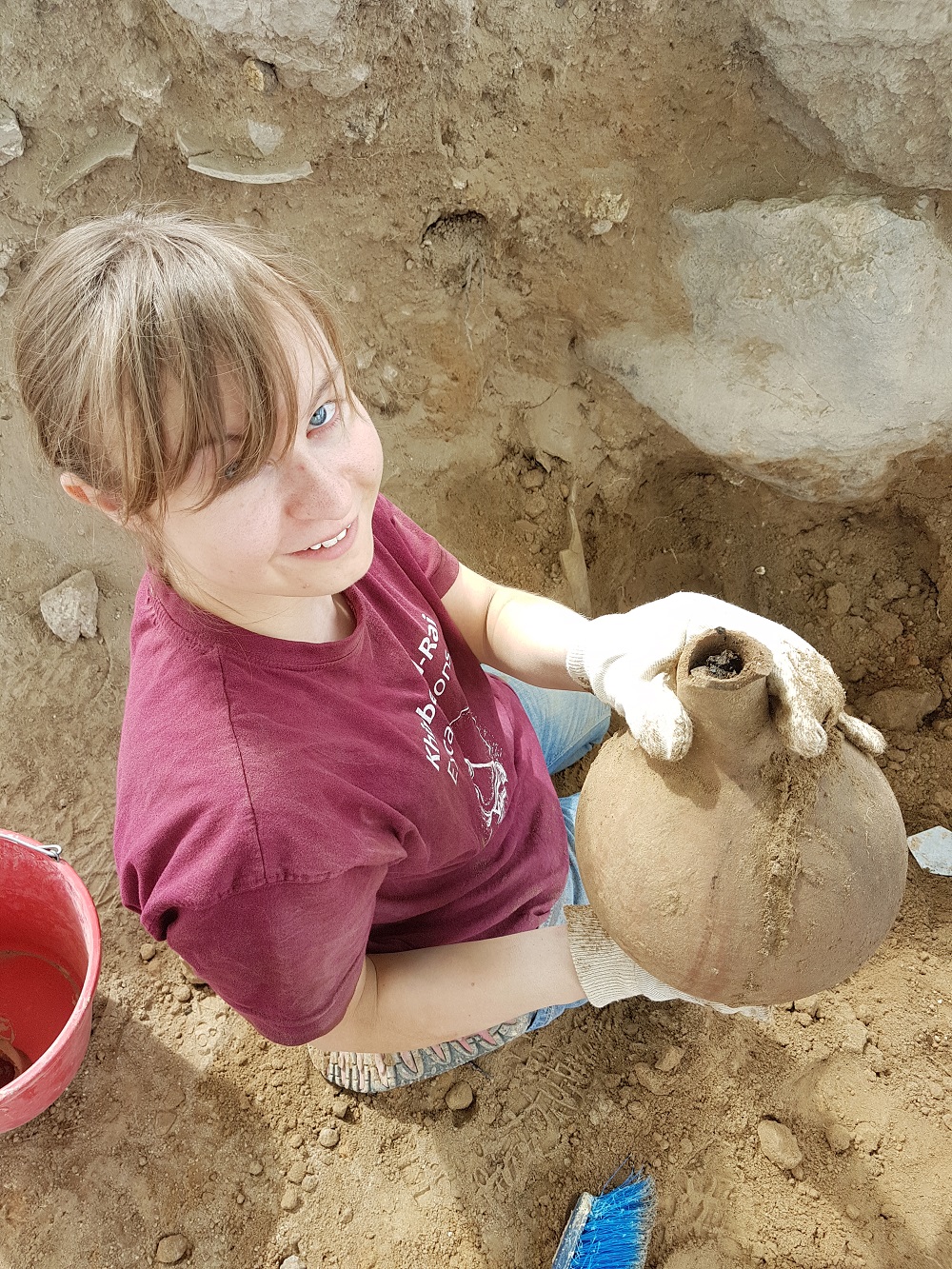 Ultimately, Hannah’s, as well as my, love for Jerusalem goes way beyond words. Hannah was a citizen of Jerusalem, not just a visitor. I will forever remember her as such.

About the Author
Christina Wirth is from Köln, Germany. A student of History and German Philology at Göttingen in a Masters of Education program, she was an undergrad exchange student at the Hebrew University in 2017. She also interned at Yad Vashem’s ISHS and the National Archive for the History of the Jewish people, at that time.
Related Topics
Related Posts
Comments