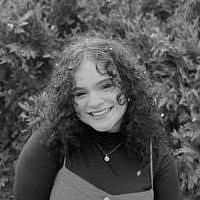 The Blogs
Chana Lyubeznik
Apply for a Blog
Advertisement
Please note that the posts on The Blogs are contributed by third parties. The opinions, facts and any media content in them are presented solely by the authors, and neither The Times of Israel nor its partners assume any responsibility for them. Please contact us in case of abuse. In case of abuse,
Report this post.

Sleep-deprived, hungry, and still wearing the previous day’s clothing, relief flooded through me as I touched the cold stones. Hushed prayers enveloped me in a warm embrace as I stood with my head leaning against the ancient wall. Despite the exhaustion, my eyes began to tear up as a new wave of emotions overwhelmed me. The past week in Poland had been a grueling combination of hope and despair, and the reprieve from the intense mix of emotions was well received by our group of 90 teens.

When I signed up for TJJ AP — a four-week NCSY trip to Poland and Israel — I set a lot of expectations for myself. I wanted to feel more connected to my people and to have a renewed sense of faith in God, among other things. What I hadn’t expected was a newfound appreciation for Israel; this possibility had somehow slipped my mind. I grew up in a very Zionist home, with constant reminders about how amazing Israel is and how lucky we are to have a Jewish country. So it’s not that I took Israel for granted, I’d just never really sat down and thought about it. It wasn’t until being in Poland, and witnessing what was left of my people’s suffering, that I fully understood the importance of Israel’s existence.

The relief I felt as I stepped onto Israeli land was incomparable to anything I’d ever felt before. It was something I hadn’t expected to feel before leaving for the trip, but during our week in Poland, it was one of the only things that got me through. Seeing Jewish men and women openly wearing kippot and magen david symbols made me feel something that I can only describe as hopeful, although that word doesn’t seem to fully encapsulate my experience. It was then that I felt it: the safety. Here, I don’t have to worry about someone telling me I look like Anne Frank after they find out that I’m Jewish. In Israel, I don’t have to constantly defend my people and my Zionist views to ignorant passersby that decide to comment on my Magen David necklace. I was shocked by the realization that, despite rockets from Gaza regularly raining down on Israel, this is the only place I truly feel safe. America had never felt unsafe to me until I experienced being in Israel.

America has been a safe haven as well as for me as well as my parents. It opened its arms wide for my mother and father when they were escaping from persecution in the former Soviet Union. And yet, before this trip, I never wore my necklace with the outline of Israel in public in America. I rarely spoke publicly about my Zionist views, and even more rarely would I correct other people’s incorrect assumptions about Israel. I feared judgment, not only from casual acquaintances but also from people I considered to be my close friends. It was only after going to Poland and then Israel did I realize how important it is not only for us to have a Jewish state but also to make sure that public opinion of our state is not swayed by false assumptions made by ignorant people. The trip pushed me to educate myself more in Israel advocacy and become more comfortable voicing my support for Israel.

About the Author
Chana is a high school senior in Minnesota. She is a High School Intern at Hasbara Fellowships Canada.
Related Topics
Related Posts
Chana Lyubeznik
Comments