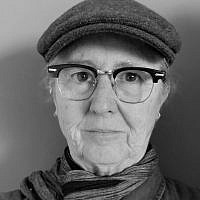 The Blogs
Debbie Hill
Apply for a Blog
Please note that the posts on The Blogs are contributed by third parties. The opinions, facts and any media content in them are presented solely by the authors, and neither The Times of Israel nor its partners assume any responsibility for them. Please contact us in case of abuse. In case of abuse,
Report this post. 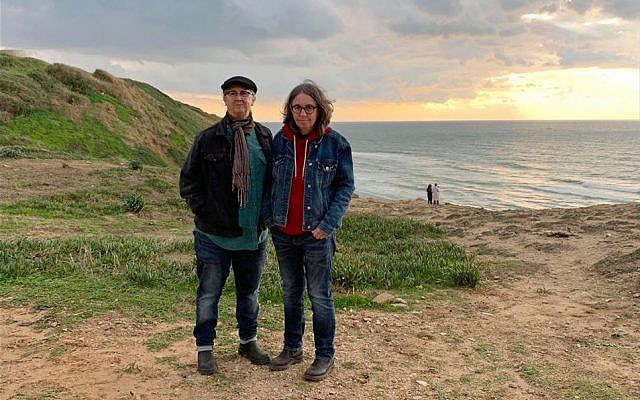 My family, minus Shiloh the dog, who was home sleeping. Nof Yam, Israel. (Debbie Hill)

Friday, Israel’s Education Minister Rafi Peretz attacked the LGBTQ community in an interview, saying “a man and woman” are the definition for a “normative family and it should be kept that way.” When asked how he would respond had one of his children identified as gay, Peretz said he raised them “in a natural and healthy way” and for that reason they don’t have a “different sexual orientation.” Last year he came out in support of conversion therapy. Peretz, who is an Orthodox rabbi and head of the right-wing Habayit Hayehudi party, has no problem getting in bed with the extreme Kahanist Otzma party, which is anti-Arab, racist, violent and promotes hatred of the other. This is the man that Prime Minister Benjamin Netanyahu appointed as Education Minister.

I grew up feeling that I couldn’t have a family because I didn’t fit into what I was told was a “normal family.” So I beat myself up and prayed until my knees were callused. But nothing changed except that my friends were getting married and having children….and I was expected to be alone. It took me many years of struggle to break through the beliefs, judgment and self-condemnation to feel that I, too, could have a family, and that the term “normal family” is bullshit.

I’m annoyed by Rafi Peretz’s self-righteous, damning comments about the LGBTQ community, however, I take heart that schools, in Tel Aviv and surrounding areas started the school day Sunday with a protest against Peretz and discussions about diverse families. And I’m encouraged that in response to Peretz’s comments last year, the chairman of Israel’s Psychiatrists Association issued a warning that conversation therapy is dangerous and can cause subjects to commit suicide.

And then there’s the fact that Israel’s LGBTQ families have many, many children.

Yael and I don’t have children, but we are embraced and loved by our friends’ children, who consider us a family. I figure lots of people think I’m not normal, but it’s not because of my sexual orientation.

About the Author
Debbie Hill is a photojournalist working in Israel and the Palestinian territories. Originally from the green hills of West Virginia, Debbie has spent many years surrounded by the brown, desert hills of Jerusalem, exploring and documenting the convergence of cultures, religions and politics that makes this region a fascinating and challenging place to live.
Related Topics
Related Posts
Comments