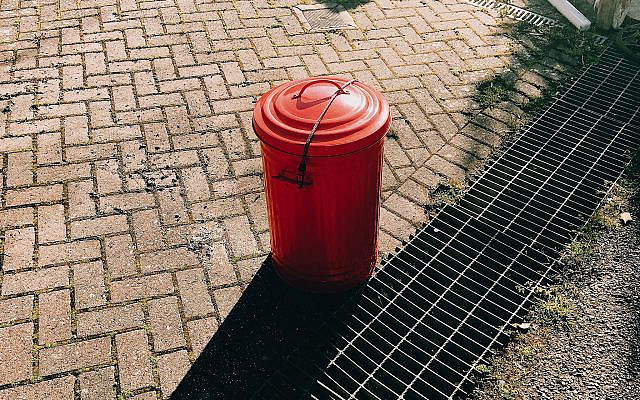 My street, like most streets in Israel, is served by dustmen. They have, of course, long since been upgraded and are now called ‘refuse collectors’.

As most of the unsightly dustbins are held in closed-off pens in the front walls, the first task is to pull the bins out. This boring but important job was carried out by one of the dustmen walking the streets before the refuse truck made its rounds.

But the world moves on. Even in the rubbish collection, there are developments. Our bins are now pulled to the curb by a dustman riding on an electric scooter.

Today’s hi-tech dustman would be a stranger to Anthony James Donegan, better known to the world as Lonnie Donegan. Some 60 years ago he published My Old Man’s a Dustman, a tribute to the “unsung hero that moves away your dust …”

His idea of a dustman was someone wearing a dustman’s hat with cor-blimey trousers, and living in a council flat. A far cry from today’s sanitation operators. A quick look at the job description shows that the physical demands include sitting, squatting, bending, crawling, climbing, and reaching.

I don’t remember seeing my dustmen crawling but I’m sure there must be times when this is an essential part of the job.

As an additional incentive to those thinking of entering the profession, the job is subject to weather conditions, and exposure to fumes, gasses, dust, hazardous chemicals, and infectious diseases.

Another famous dustman was Alfred P. Doolittle, Eliza Doolittle’s father in My Fair Lady, or Pygmalion as it was called before the Americans got their hands on it. Reading the UK’s Telegraph newspaper with its many grammatical mistakes and new uses for old words, I am often reminded of Henry Higgins’ plaintive cry – Why can’t the English learn to speak?

Back in 1917, Leon Trotsky, the Russian Bolshevik, told the Mensheviks: “Go where you belong from now on — into the dustbin of history!” They did and have not been heard from since.

But the dustman is an important part of our lives. Londoners were given a grim reminder of this during Britain’s Winter of Discontent in 1978–79. The dustmen’s strike saw streets, parks, even London’s famous Leicester Square, become giant rubbish dumps, infested with rats.

This blog writer has no need for a dustman. Any rubbish he writes can be quickly consigned to Windows’ ever-waiting Recycle Bin.