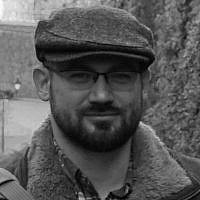 The Blogs
Anthony Bartaway
Apply for a Blog
Advertisement
Please note that the posts on The Blogs are contributed by third parties. The opinions, facts and any media content in them are presented solely by the authors, and neither The Times of Israel nor its partners assume any responsibility for them. Please contact us in case of abuse. In case of abuse,
Report this post. 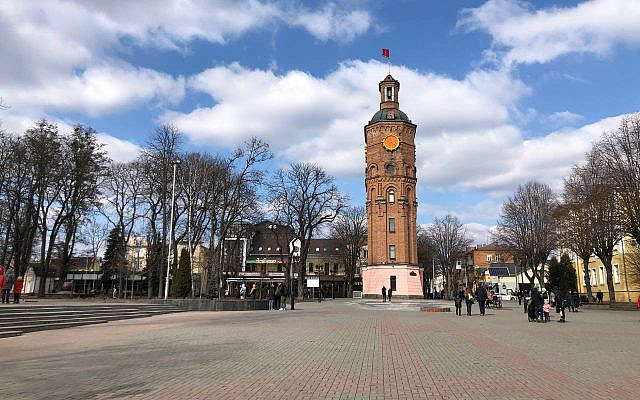 It had been a long time since I last celebrated a holiday in a real, physical, synagogue. I’ve had my seders and such at home or with friends, and I have been to synagogues on a few occasions for other reasons, but I never returned to the swing of things after the long COVID lockdowns pushed actual gatherings into the realm of Zoom. My big comeback came during one of my favorites, Purim, but under not my favorite conditions. That is because, for the last several years, I have lived in Kyiv, Ukraine, a city that was, until extremely recently, facing the brunt of an imperialistic invasion by the Russian Federation. Within a day of the war beginning, I had to pack my go-bag and have my own little gulus to the further-off city of Vinnytsia.

Like many cities in Ukraine, Vinnytsia has a special Jewish history tracing back through the centuries, with all of its joys and agonies. Like many cities in this part of the world, it was once heavily Jewish in population and character, and it is halfway between the Hasidic pilgrimage site of Medzhybizh and Bratslav, along with the countless other former shtetlach in the surrounding countryside. That epoch ended in the Holocaust. In fact, one of the most iconic photographs of the genocide, “The Last Jew of Vinnytsia,” was taken in what is now a quiet light industry district on the side of a park, which hosts two memorials in its somewhat labyrinthine yards.

Now, all these years later, Vinnytsia has become a city of refuge, for myself and many others in Ukraine who have come here after making our way from Kyiv or further east, where Russian rockets rain down on their heads and kill their loved ones. We have been hit some, the local airport was destroyed by a salvo fired by the Russian Navy, the Air Force Command building was attacked more recently, and that park near the Holocaust killing site was targeted for its TV broadcast tower. But, other than that, it is safe.

Vinnytsia has a few synagogues, but the one I picked out was the Chabad House, just down the road from the Donetsk National University-in-exile, which fled here at the start of the war in 2014, and down a quiet alley in the old part of town. I missed the initial megillah reading, but thankfully was able to catch the repeat the next day. It was not the rambunctious affair I was used to, the community was small and intimate. I seemed to be the only outsider in this small community, and I wouldn’t say I’m a regular for Orthodox prayer, but the setting gave a much-needed sense of comfort and familiarity that, to be honest, was direly needed.

The fun of the megillah reading comes from blotting out the name of Haman, by stomping your feet or whirling a noisemaker, but this year brought with it another sound. At the beginning of the reading, and several times throughout the day, we heard the air raid sirens alerting us that an incoming missile was coming near the city. Scary? Sure. But a siren is a missile that is being tracked and can be shot down. A servant of Haman being blotted out.

After prayer came the meal, where the conversation turned to the inevitable. The war. Where Ukraine sits between East and West. The Holocaust. Babyn Yar and the five people who were killed there by Russian rocket artillerymen. Whether this all could have been avoided if former President Kuchma was still in charge. And of course, the holiday theme: Who is coming to kill us now? Putin as the new Haman, the jokes and pithy remarks practically wrote themselves. The Ukrainian Jewish community had fully cast its lot with their country. While many had indeed fled, others were in the army, distributing supplies, and caring for refugees and the wounded. Fighting, dying, and living for their homes and their neighbors. Like that first Haman and all of the many others, this one would lose as well. The defenders of the walled cities and unwalled cities are fighting back, and, in many cases, are winning.

As lunch finished up and I said my goodbyes to the very much surviving Jews of Vinnytsia, I took my hamentaschen to pass through the tank traps and sandbags to reach my temporary residence. With the siege of Kyiv lifted, maybe the next holiday will be at home.

About the Author
Anthony Bartaway is a Jewish-American journalist based out of Kyiv, Ukraine since soon after the Revolution of Dignity, a place he was drawn to following his MA program at Tel Aviv Univerity. While also writing about a range of topics in the country, from war to reforms, he has a special interest in the region’s Jewish history and contemporary Jewish life.
Related Topics
Related Posts
Comments