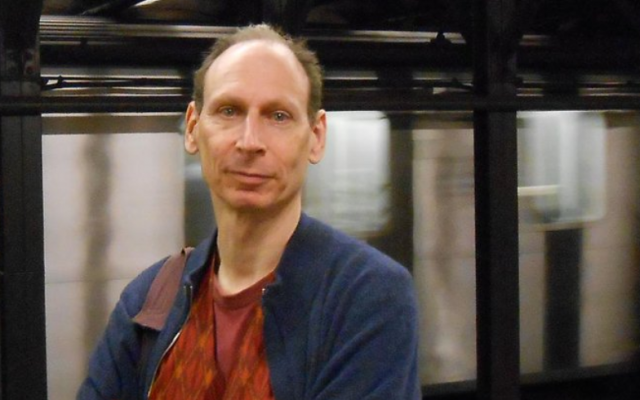 I do love a good old “mystery surrounds” story, don’t you? It’s the kind of story newspapers pump out in the summer months, supposedly when keen eyes are off the ball and the official “silly season” begins — as though nothing serious could ever happen in the long, lazy, hot days, until we all go back to school.

Such a “mystery surrounds” story popped up this week in the unlikely person of Richard Zimler.

You might be forgiven for never having heard of Richard Zimler. He is an American novelist who lives in Portugal, and has made what I judge to be a fine living over the years, by producing a series of historical novels, a number of which are linked to the Sephardi Jewish experience. He’s also written several children’s books.

Perhaps his best-known book — in this country, anyway — was his 1996 The Last Kabbalist of Lisbon, notable in its day for being an unusual subject for fiction writers.

Five of his books have been nominated for the International Dublin Literary Award, which is worth a solid 100,000 euros, although none has ever won.

Zimler’s latest offering is The Gospel According to Lazarus, published in April by the reputable Peter Owen Publishers.

Praised in The Guardian as “a miraculous page-turner”, the first “mystery surrounds” is quite why Zimler, by his own account, had to turn to “an old friend who is a part-time book publicist” to set up events for him three months earlier.

Generally it is the case that publishing houses have their own press offices and publicists. But let us pass over that and come to the core of Zimler’s complaint.

On Sunday he told The Observer that in March his distressed friend had come to him and had been turned down by two cultural organisations which had previously shown interest in hosting Zimler.

Not because they didn’t like his book, apparently: instead, Zimler said his friend had reported as follows: “They asked me if you were Jewish, and the moment I said you were, they lost all interest,” he said. “They even stopped replying to my emails and returning my phone messages.”

Even worse, in his friend’s final conversations with the two rogue organisations: “They weren’t antisemitic themselves but they feared a backlash – protests by their members and others – if they extended an invitation to a Jewish writer.”

Well, where to start in this farrago of bilge? Not only did The Observer publish this extraordinary claim, but it allowed Zimler to call his publicist friend “John” and to accede to “John’s” request not to identify the two purported cultural organisations.

Even Harriet Sherwood, the newspaper’s long-time religious affairs reporter, in writing a news account of Zimler’s allegations, failed to identify “John” or the two organisations.

Zimler’s outrage – written, we must remind ourselves, months after the publication of the book and of the alleged rejections — segues into an attack on BDS.

All of which might be just about acceptable if there were any independent corroboration of Zimler’s claim – and, which is far more important, if there were any evidence of other Jewish writers being turned down for appearances at literary festivals – because they were Jewish.

I can just imagine the response of the likes of Howard Jacobson, Simon Sebag Montefiore, Sir Simon Schama, Linda Grant, etc, etc, if this were anywhere near the case.

As it is, Mystery Surrounds.