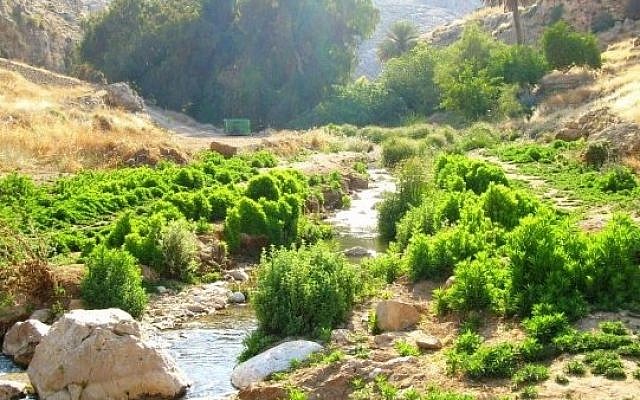 As a new immigrant to Israel in 1982, I noticed on a map of Israel that there was a river that ran approximately from Tzfat to Tiberias. When I say that I noticed this on a map, I’m not referring to the high quality hiking maps with the color-coded trail markers, elevation codes, and geographical symbols that are part of my arsenal as a tour guide today. I noticed this on an elementary school map of the entire country that was hanging in my Hebrew class. On a whim, I decided that since I had friends who lived in Tzfat and friends who lived in Tiberias at the time, I could spend the night in Tzfat and walk to Tiberias the next day via this stream, Nahal Amud. The blue squiggle on the map looked to be a distance of about 20 miles. Heck, I can walk 20 miles I thought. Wouldn’t it be fun to walk between the two ancient towns, tracing a physical trail from the center of the Kabbalah to the cradle of the Talmud, walking from Aggadah to Halacha, as it were?

I cannot stress enough just how ridiculous this was. Growing up in suburban America, hiking was as foreign to me as Kabuki theater. Moreover, I had no idea whether this walk was even possible, where or when I would encounter cliffs, waterfalls, fences, hornets’ nests, or any one of a dozen possible obstructions. All I had to go on was a little line on a map that appeared to represent a river (keeping in mind that a “river” in Israel often has no water). I did not wear a hat. I took with me a small sandwich that my hosts had prepared for me and a canteen that looked like it should be in a World War II museum. I peered down the hill from Tzfat and saw, far below the storied old cemetery, a long and winding red ribbon of oleander bushes in full bloom that the locals assured me was Nahal Amud, and started walking in their direction.

I had a magical day, a day in which I discovered a piece of Israel all my own, and a piece of myself as well. I saw turtles, porcupines, hyrax, an abundance of flowering plants, and occasionally little flowing pools of water. I did not carry a watch. I was somehow, inexplicably and joyously, completely alone for the entire day. I walked through the canyon for hours, with a big dumb smile on my face, and when I reached the Kinneret (the Sea of Galilee), by the town of Magdala, I undressed and went for a swim.

Looking back on the experience, I am full of wonder at the serendipity of it all. I did not know then what I know now. Riverbeds and wadis have been the “highways” of pedestrian travel in the Middle East for millennia. They are the most reliable route from one part of the country to another, and they assure you a steady supply of fresh water, vegetation and game. Nahal Amud has been the way to get from Tzfat to Tiberias for as long as the two towns have existed. Benjamin of Tudela, the 12th century Jewish traveler, went to Tiberias after visiting Tzfat, probably using Nahal Amud. The great Maimonides was buried in Tiberias. One can easily imagine the leader of the Jewish community of Tzfat making the journey to pay his last respects to the legendary scholar, and using the same path that I took. During the waning days of the Second Temple period, the boys who lit the fires to announce the new moon at the top of the mountain in Tzfat may have scrambled down my little path to get to the lake to buy fish. And perhaps they stopped at the synagogue of Magdala to hear the teachings of a charismatic young rabbi from Nazareth that everyone was talking about.

Today, Nahal Amud is a national park with an entrance fee, marked trails and brochures with little maps and explanations. Indeed, Nahal Amud is now part of the 900 kilometer-long “Israel Trail.”

But 35 years ago, it was my day of discovery. I was getting to know Israel with my feet, becoming acquainted with my new and ancient home. A.D. Gordon, the mystic of Labor Zionism, who farmed only a few miles away from Nahal Amud 100 years ago, could have been addressing 22-year-old Bill Slott when he wrote:

“And when you, O human, will return to Nature, that day your eyes will open, you will stare straight into the eyes of Nature and in its mirror you will see your image.”

Today, I hike armed with maps, guide books and a smart phone. I am usually responsible for others, so I cannot permit myself the luxury of aimless wandering. But sometimes, blessed as I am in my vocation, I can still find the time to be that rambling innocent kid, blinking in the sunlight just as Gordon predicted, and staring straight into the eyes of Nature. 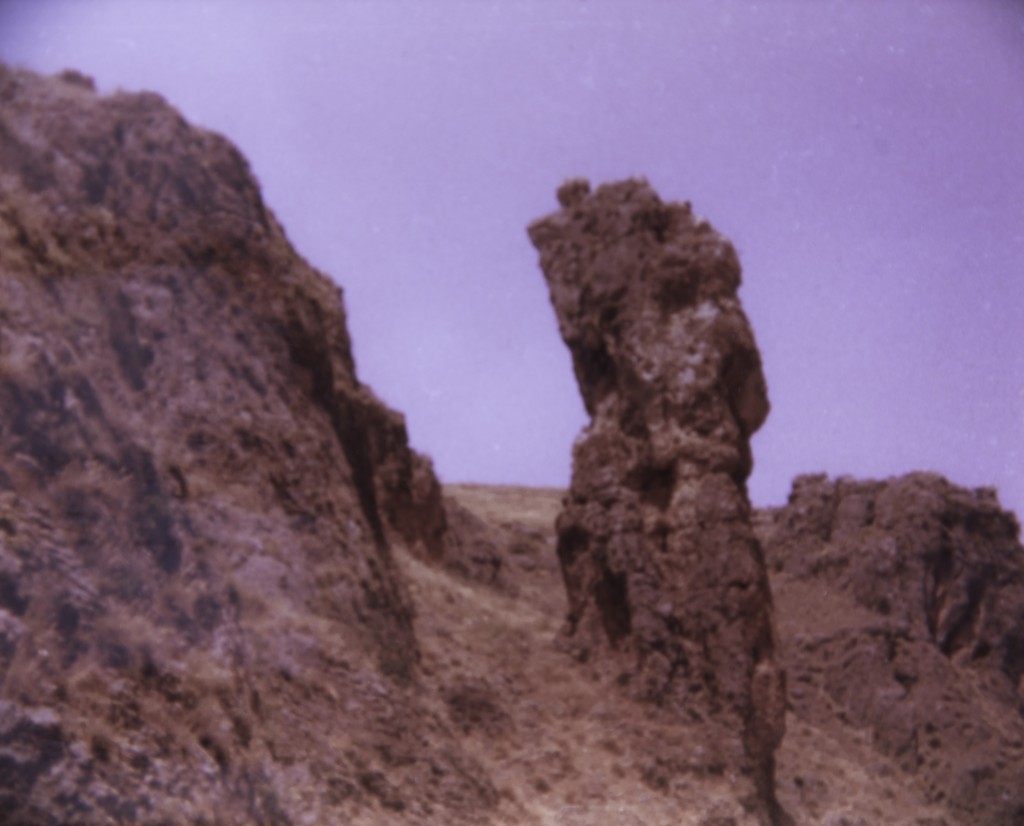 The eponymous “amud” (pillar). The one photo I took on that memorable day.
About the Author
Bill Slott is a licensed Israeli tour guide who has hiked and biked the length and breadth of the country. Bill is a member of Kibbutz Ketura, where he has lived since 1981 with his wife and three daughters.
Related Topics
Related Posts
Comments