I’m 19 years old, finally approaching a year and a half in the infantry. And it’s hard to believe, but I’m charging into Lebanon, my feet no longer on Israeli soil, on the first day of what would become the Second Lebanon War. This section of the border is only the second place I’ve been assigned to patrol and protect since finishing training. My job these last few days was to sleep with my boots on at our fort, remaining at ready, for just this type of hell-broke-loose situation.

A hummer patrol of reservists nearby got hit hard this morning, right in one of those spots along the fence where you just know they are watching, and can get you any time they decide. We’re used to being in spots like that, but apparently today they finally couldn’t resist. All we know is a bunch of guys are dead. Word is at least one of them got kidnapped back into Lebanon. Shalit just got nabbed last month and it’s on all of our minds.

A tank on standby, like us, for rapid response, took after them into Lebanon immediately after the attack. We’re all just following our aggressive standing protocol. The tank fell right into a trap, blown to bits by a huge mine, and landed right in the cross-hairs of who-knows-how-many mortar launchers zeroed in on it.

Now our job is to make sure they don’t get their hands on any more of us today. We gotta get in there quickly, with or without our clunky APCs, and secure that blown tank. What a shit show. It’s turning into a bad day on the line. And hustling through the waist-high brush, not 50 meters over the border, I can already hear the whistle of incoming mortars…. 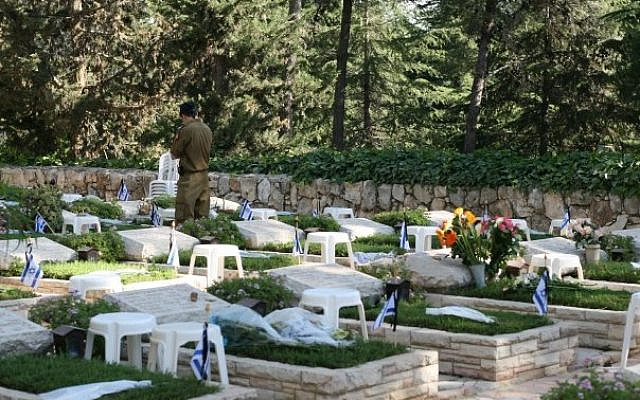 I’m 21. I’ve been part of the special forces for what feels like a lifetime. I’ve been out on countless counter terror operations this year. We own the night, but only stop home for a couple days every few weeks. Around where I actually reside, Hamas just won the election. It came as no surprise to us, running near-daily missions all around the Jenin area. Those green flags seem to hang from everywhere.

Tonight we have intel that a terror cell has a 50 kilo bomb in a house, and they plan to move it onto a bus in Israel. Don’t ask me how our guys figured that out, but they did. We later discover it hidden under a built-in bathtub in a house with 8 kids, at least as far as I could count. But that’s only the end to this mission, that devolved into a 20 hour maneuver through multiple extremely hostile neighborhoods in a village you’ve likely never heard of.

Backed by armored bulldozers, and a team of serious “Yamam” commandos, we came into town under the cover of dark, through the hills on foot. Stealthy. We did walk-throughs and planned this one for a full day. But night turned to day too quickly. Our top notch training honed us as experts in the elimination of enemy tanks a kilometer away, but today we’re having real trouble with crowds of kids charging at us while groups of cameramen with the word PRESS taped to their shirts film on.

These kids are the best rock throwers in the world. I guarantee it. The jagged grapefruit-sized chunks of corrugated concrete they sling at us mean lights out for good if you get tagged in the head. And that’s where they’re aiming. Occasionally someone gets a batch of backyard Molotov cocktails to lob our way. We try to look out for those. And it seems they have an endless supply of small explosives. The kind of fireworks that will leave your ears ringing, and blow off your hand if you don’t throw them quickly enough.

But the most dangerous thing on our minds is either a guy popping ‘round a corner with an AK47, or a sniper in a window we never knew was there. Both of which we’re convinced are here, from experience, lurking in the never-ending alleys. Those are the guys we’re trying to keep our guard up for, always straining to somehow see beyond the previously mentioned distractions. But I didn’t expect the worst to come when the rain of cinder blocks suddenly came flying off the overhead rooftops… 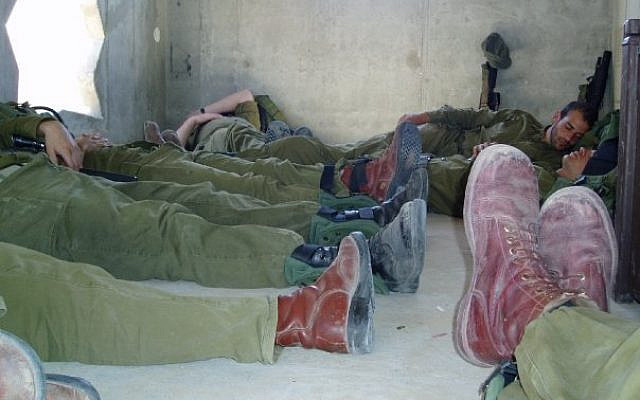 I’m 34. I’ve always kept a bag packed and ready to go with everything but my toothbrush, which I’ll toss in as I go. It’s been an active 10 years or so in the reserve combat forces. A new training regimen implemented by a series of top officers following the lessons learned from the operations in 2006, ‘08, and ‘12 has had us leaving home pretty regularly each year. It’s usually for a week of training during the hottest and coldest months of the year, each August and January, with a 3 week stint along the line tossed in somewhere about every other year. Those years have at least come with a few thousand extra shekels each April as a bonus, but it’s really not about the money.

My wife has been a champ with this, especially as our family has grown. The third was born just 6 weeks ago! But there’s a war on this summer. No one can ignore it as July has seemingly devolved day by day. When I got the call at the crack of dawn today, I knew what it was the second I saw the “No Number” caller ID, and especially when I heard the automated voice as it referred to me by ‘Personal Number’ assigned to me on my first day in the army. It all happened so fast, as we’ve drilled.

Arriving Friday evening at our gathering-point base, there weren’t many answers to the big questions, so we just went about doing what we knew to do. We stood in line receiving huge amounts of gear, turned ourselves into soldiers, and rigged up the truckloads of brand new weapons and ammo, some we’d only heard of, that they kept unloading on us so we could literally carry it on our backs and deploy it when/if the time came. This is, of course, surreal. I always knew this could happen. But being yanked within about 5 hours, from utter civilian-ship, to the front of a breaking war, is an incomparable experience.

When the first orders finally come that evening, we’re all ears. But hopes of a sudden pullback or cease fire, like in 2012, are quickly shattered. Our Battalion Commander delivers the straightforward news that we’re going into the Gaza Strip within 48 hours. We subsequently spent the entire night redoubling our efforts to get all the gear onto our backs. After a day of firing and maneuvering drills to zero our weapons and shake the rust off the ‘ole bones, we still had way too much time to contemplate never seeing our families again.

Following the gut wrenching “I love you and may never speak to you again… but don’t worry I’ll be fine” family calls, we handed over our cell phones to be left behind, and found ourselves in the dead of night, literally bused to a dark field in between two kibbutzim along the border. Unloading as quickly as possible, we gathered by platoon as if straight off the Huey in a Vietnamese jungle. We had no idea what to expect, but before long we were formed into strike groups and patrol units.

Crossing the border into cratered sand dunes, gunfire and falling mortars quickly became an inescapable part of the hike. The roar of the Merkavas romping around us, seemingly firing in every direction, Apaches overhead launching hellfire missiles, combined with the noise from our own automatic weapons and rifle teams, the incessant din is literally deafening. The Hamas assault squads, that weren’t supposed to be this close to the border, are already popping out of unseen tunnel openings within our lines, unloading RPGs and heavy machine gun fire in our direction… 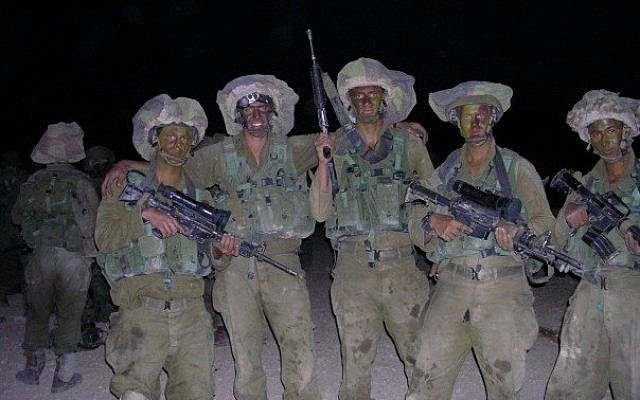 IDF combat troops. The author of this post, David Matlin, is third from the right.

I’m a son. I’m a brother. I’m a husband and a father. I’m your student. I’m your teacher. I’m your neighbor. I’m your coworker. I’m that guy you know. I grew up in Afula. I’m raising my family in Rehovot. I am from Kibbutz Mitzpe Shalem. I’m from Los Angeles. I’m from Philadelphia. I’m from Paris. I’m your lawyer. I’m your grocer. I’m the guy who delivers your mail. I’m white. I’m black. I’m every color in between. But when my country calls, I am the front line of the Israel Defense Force, and the reason we’re all here to stay.