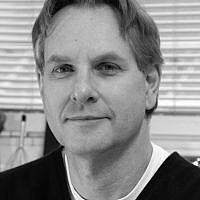 The Blogs
Jeffrey Gerst
Apply for a Blog
Advertisement
Please note that the posts on The Blogs are contributed by third parties. The opinions, facts and any media content in them are presented solely by the authors, and neither The Times of Israel nor its partners assume any responsibility for them. Please contact us in case of abuse. In case of abuse,
Report this post.

For the record, I’m a big fan of space exploration and fully support this endeavor. It challenges and excites our minds, stimulates and thrills our imagination. And most people feel the same. But as of late it appears that NASA has somehow lost some of its moral compass or, at least, it’s sense of scientific rigor. “I think we’re going to have strong indications of life beyond Earth within a decade, and I think we’re going to have definitive evidence within 20 to 30 years” said NASA chief scientist Ellen Stofan. Former astronaut and associate administrator for NASA’s Science Mission Directorate, John Grunsfeld, said “I think we’re one generation away in our solar system, whether it’s on an icy moon or on Mars, and one generation [away] on a planet around a nearby star.” And these aren’t the only people at NASA or the Jet Propulsion Laboratory echoing this bold line. The problem with this enthusiastic promise is that there is only a slight likelihood that it’s true.

Why? Well, a good scientist looks at the facts and needs to jettison most of the fantasy if he wants to get anywhere. Scientific journals and granting agencies, where peer review decides what’s in and what’s not, do not look kindly upon exaggeration and bold statements that lack supporting evidence. This is the way of science and its empirical nature of formulating hypotheses, making observations, developing theories based on testable predictions is what brought us out of the dark ages to the highly technologically advanced society we have today.

Yet, the good scientific administrators at NASA, who need the $18.5+ billion year to keep the ball rolling must have decided that we need to up the ante – big time. Apparently, space exploration and the fascinating discoveries that come from it are not enough to fully justify building a $9 billion replacement for Hubble (the aged space telescope), $250 million for the TESS exoplanet survey satellite, $2.1 billion to go to Europa (the watery moon of Jupiter), a $4 billion a year towards the Mars mission (still 15-20 years off), etc. – no, now we will definitively discover life outside of our planet – and its a promise!

But beyond the hyperbole, let’s look at the facts. Hubble revealed that there are 100 billion observable galaxies (with predictions are that there are 5-10 times more that cannot be observed). Each galaxy has on the order of 100 billion star systems (e.g. our own Milky Way has 70 billion), and each star system around 10 planets (based on ours), which gives between 1023 and 1024 planets out there! Now that’s a pretty respectable number – and if just 1 in 100 is habitable, which is a very very low estimate indeed, that would make about 10 billion habitable planets just in our galaxy alone. Fantastic, you say – there’s sure to be life out there! Somewhere, right? Right?

Well, maybe. I don’t know anymore than NASA knows, but I can say that if it isn’t at our fingertips – or at least within our solar system – we aren’t going to find it. Probably ever. Why? Well, despite the 10 billion “local” options (our galaxy is a mere 100,000 light years wide), things are really really really far away and our capabilities of reaching out and touching someone (or something) are really really really limited. For example, it would take 51,000 years for our fastest spacecraft ever, Helios II, to reach the nearest inhabitable planet, Tau Ceti Epsilon, which is a mere 12 light years away. So getting there would take 1000 generations. Let’s face it, if we can’t floor it to about 10% of the speed of light, we aren’t going to get too far within a single generation or two. So if life isn’t really local, i.e. right within our solar system, we just aren’t going to get there.

But, you might well argue – you don’t have to go there necessarily – we can receive and transmit broadcast signals, right? This is true – in fact, radioastronomer, Frank Drake, formulated an equation in 1961 that would estimate the number of intelligent civilizations that would be able to send and receive signals in the galaxy, based upon calculations ascertaining star and planet formation, and the odds of intelligent life evolving. The estimates ranged between 2 (yes, just two) and up to 3 billion. That’s quite a range of possibilities…and they didn’t take into account many limitations, such as abiogenesis (the rate of life formation), extinction, and our limited window for observation.

The ponderous truth is that we only have had the capability of broadcasting/receiving for 100 years or so, which is basically a nanodrop in the bucket of the age of the universe (about 15 billion years). So within this limited window we can only tune in for a tiny fraction of time to the universal radio. We may either have missed it or come too soon. Worse, the universe is big so if we want to talk to someone (or something), they need to be close by in order to have a decent conversation.

Yet, despite the limited odds of success, NASA has boldly gone where no self-respecting scientist has gone before and now promises us definitive evidence of life. I can only wish them good luck, but of course the people who make that claim today probably won’t have to answer for it in the future. They will, however, get another $18 billion+ a year for trying…

About the Author
Jeffrey Gerst grew up in the New York area and has lived off and on in Israel for over 30 years; He obtained his M.Sc. from Hebrew University and Ph.D. from the Weizmann Institute, where he has been a senior scientist/professor in the Dept. of Molecular Genetics since 1994
Related Topics
Related Posts
Comments