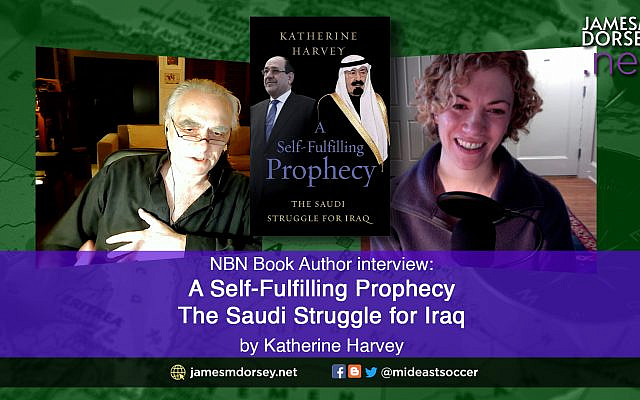 Iraq has in the last year taken a lead in sponsoring talks between Middle Eastern arch-rivals Saudi Arabia and Iran in an effort to prevent tension in the region spinning out of control. The Iraqi role is remarkable given that Saudi Arabia for more than a decade after the 2003-led US invasion of Iraq and the toppling of Saddam Hussein wanted nothing to do with the country’s post-Saddam leadership. Saudi perceptions of Iraq as an Iranian pawn persuaded it even to refuse reopening a diplomatic mission in Baghdad until 2019.

In Self-fulfilling Prophet: The Saudi Struggle for Iraq (Oxford University Press 2022), Katherine Harvey paints a fascinating picture of what happens when policy is crafted based on perception rather than fact. Harvey tells the story of a post-invasion Iraq that was systematically rebuffed by Saudi Arabia in its efforts to reintegrate into the predominantly Sunni Arab world. Iraq had been ostracized following its 1990 invasion of Kuwait and expulsion from the Gulf state in 1991 by a US-coalition.

Saudi King Abdullah, convinced that Iran had successfully infiltrated Iraq and that Iraqi Prime Minister Nouri al-Maliki was an Iranian stooge, blocked Iraq’s reaching out to the kingdom and eventually drove into the hands of Iran. In doing so, Saudi Arabia was standing up for its perceived interests that diverged from those of the United States. The US wanted the Saudis to engage with the Shiite Muslim majority that came to power in Iraq as a result of the US invasion.

As a result, Harvey’s well-documented book contributes to understanding the limits of US power in the Middle East and the significant perceptual gaps that Middle Eastern states need to bridge to ensure that a regional détente is sustainable.