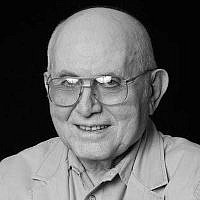 The Blogs
Pinchas Gutter
Apply for a Blog
Please note that the posts on The Blogs are contributed by third parties. The opinions, facts and any media content in them are presented solely by the authors, and neither The Times of Israel nor its partners assume any responsibility for them. Please contact us in case of abuse. In case of abuse,
Report this post. 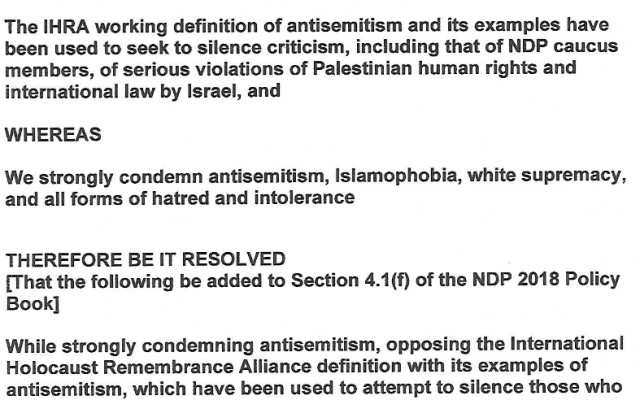 We are Canadian Holocaust Survivors. We have witnessed and lived the worst of humanity.

We have experienced what the Nazis and their collaborators did to Jews in the countries under their control: the persecution, the torture, the rapes, the murders, the attempt to eradicate the Jewish people from the Earth.

At the end of World War II, the world said Never Again. But it did not keep its promise.

Since 1945, other genocides have taken place: The Tutsis in Rwanda; the Yezidis in the Middle East. Even today, in 2021, many experts believe that Myanmar’s treatment of Rohingya Muslims and China’s treatment of the Uyghurs also amount to genocides.

Antisemitism, which one would have expected to have disappeared with the revelation of the extent of the Nazi regime’s crimes, is back. And it is growing. On the white supremacist far-right, in extremist Islamist circles, and on the far left.

According to Statistics Canada, the Jewish community is consistently the most frequently targeted by hate crimes, with a 63% increase from 2016 to 2017. An antisemitic hate crime occurs, on average, once every 24 hours.

Apart from keeping up-to-date on current debates and voting, we are not active in Canadian politics. But we are very involved in making sure that the lessons of the past are not forgotten. And that antisemitism is confronted and combated wherever it emerges.

This is why we strongly condemn the dangerous games played by radicals in the NDP, led by former MPs Svend Robinson and Libby Davies, for the upcoming NDP convention.

The result of an international consensus of more than 34 countries, written by academics, experts and members of Jewish communities from around the world, the IHRA definition is the most authoritative definition of antisemitism to be found anywhere.

And yet, Robinson, Davies and their ilk are twisting and distorting its meaning, its impact and its intent, using innuendos and misrepresentations.

And they are doing this without consulting Holocaust Survivors and other credible representatives of Canada’s Jewish community. They would never dare that approach if the issue were anti-Black racism, anti-Indigenous racism, or Islamophobia.

Had they asked us, we would have told them that their politicization of antisemitism, their treatment of the Israeli-Palestinian conflict as a zero-sum game, their tokenizing of a small group of radical Jewish outliers to camouflage their animosity to the world’s only Jewish state (home of the biggest Survivor community in the world after most countries closed their doors to Jews) – all of this fuels the flames of antisemitism. We would have told them that their actions are partly responsible for the rise of antisemitism, the most enduring hatred in Canada and around the world.

At a time when there have been thousands of deaths due to Covid-19 in Canada, where families are worried about jobs and their financial security, where the environment needs our immediate attention, their single-minded focus on the Jewish community and the only Jewish state is, at the very least, suspect.

We call on all NDPers of goodwill and on the NDP leadership to put an end to this. To not allow antisemitism to become a political game that harms Canadian Jews, including Holocaust Survivors.

We don’t have a lot of time left. But, in our time remaining, we will work to defeat antisemitism in all its forms, including the one peddled by Robinson, Davies and their kind.

About the Author
Pinchas was born in Lodz, Poland. In 1939, his family was forced into the Warsaw Ghetto and later deported to the death camp, Majdanek, where his whole family was murdered on arrival. Pinchas was the sole survivor. From Majdanek, he was sent to a work camp, then to Buchenwald, and then on a death march from Germany to Theresienstadt. He was liberated by the Soviet Army on May 8, 1945. After liberation, he was taken to Britain. Pinchas lived in France, Israel, Brazil and South Africa, before immigrating to Canada. Pinchas is Co-President of Canadian Jewish Holocaust Survivors and Descendants (CJHSD).
Related Topics
Related Posts
Comments