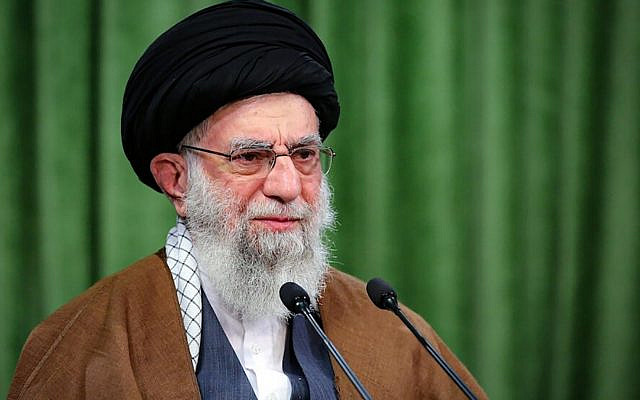 The Islamic republic of Iran is controlled by Khamenei, who has the label of ayatollah that means sign of God in Arabic. Khamenei has absolute power. He reached the top of country’s pyramid since 1989.

Since the beginning of the millennium there had been 3 failed but continued attempts to overthrow the Ayatollah and his tyranny regime in Iran. Khamenei’s regime is made up of so called holly men or mullahs who may be the most corrupted and brutal individuals on planet earth.

Regrettably the Iranian people are neither organized nor strong enough for a regime change. All they can do at present is hold protests, chant “Khamenei should go”, and “death to supreme leader “. So much more is needed. Over the last 30 years of ruling Khamenei, the change in the people of Iran has been phenomenon, technology no doubt has fast tracked this change

Khamenei came to power undemocratically on 1989 and his regime is stuck in the middle ages much like North Korea. Because in reality that’s the only time zone a regime such as that can live in.

Khamenei and his repressive mullahs in their supporting roles rule with an iron fist. They want to impose their will with furious reactions and hateful speeches. They dish out brutality like candy in Halloween. Anyone who opposed the regime of mullahs has imprisoned, tortured or executed. Their justice system is a joke. The judges of the kangaroo court of Islamic revolutionary court are mullahs, so many unlucky enough to be charged with anything is guilty before he ever gets to the courtroom. Simply, Justice doesn’t exist.

The outlaw regime of mullahs realizes that if they keep the Iranians people terrorized and in fear for the life, they can hold on to power for another 40 years. So, fascist regimes operate this way and always have.

The citizens is nothing no better than a dog. Women don’t even rank that high. They have absolutely no rights of any kind in power system, except the basis, which are not honored anyway, but it at least makes it look better to the outside world.

The corrupted mullahs break every law known to man. They drink, they gamble, they do drugs. They spend their time with the prostitutes in between ordering the citizens executed or imprisoned by the busload.

If there is a hell and I for one believe there is you will not find the mullahs there, because hell would be too kind for those criminals. No, you will find the mullahs is a special place, 50 miles below hell Where the temperature is always kept nice and toasty.

The Iranians are a great people. They have been around for thousands of years, longer than Europe, before Australia and the USA and most of the world. They were firmly labeled as one of the greatest nations. (Persia).

Its people are proud, honest, intelligent, hardworking people who only want what the rest of the civilized world want. The Iranians deserve nothing less. What they want? You asked, you would find they want are just like yours in Europe, civilized west or the USA. They want freedom of speech, freedom of religion, the opportunity to own and operate their businesses without the mullah’s interference.

Moreover, most importantly, Iranians want to live in peace and democracy. 90% or 95% of population are exactly like this. But yet Iranians are controlled by the 5%or 10% who want to hold power at expense of every citizen’s misery and despair. Notably, the majority of iran, a mid the unhappiness have trapped by poverty.

In real, nothing last for ever. The fascist mullah’s regime in iran will not either. The people have spoken 3 attempted “regime change “. This millennium seems loud enough to me it’s only a matter of time. This era of bloodthirsty Ayatollahs is nearing the end.

Iran will be great again this I know with absolute certainty because the Iranian people are resilient, enterprising, smart, strong and brave. With everything they have been through they never given up on themselves and they deserve nothing else.

On August 22, 1939, one fascist leader urged his senior officers to ” close your hearts to pity. Act brutally “. Similarly, Khamenei with the same words roared the hateful threats 80 years later. This shows of aggression, heightened tensions throughout Iran.

Above all, his main goal is generating horror and terror. Khamenei likes to follow the footsteps of Mussolini and Hitler. He has a manic desire and bottomless need for “terrorism ” and ” killing “.

If truth be told, today, Khamenei, an irresponsible and populist leader of life, is the most hated man in Iran. This so called Ayatollah does not want to relinquish the power.

This is the lesson of history. One day “framed pictures of the deposed fascist dictators were removed from walls by thousands of Spanish, German and Italian people and dropped in bin”. Surely Khamenei will be faced to the same fortune.

On 1943, one day ” the famous voice was no longer heard at public rallies or on radio broadcast. Hitler didn’t dare to venture outdoors “. Likewise, the Iranians will see that day in iran.

Neither the average Iranians nor the nation’s young generation wishes to be associated to the Iran’s “Third Reich” or Khamenei.