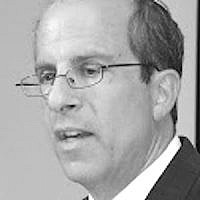 Prime Minister Benjamin Netanyahu has already relayed a message to Joe Biden’s presidential transition team that he would be willing to accept a “better” Iran nuclear deal that addresses issues left out of the pact announced in the summer of 2015, according to senior Israeli and U.S. sources.

President Donald Trump pulled out of the deal in May 2018.

The problematic issues surrounding the deal from Netanyahu’s perspective, and backed up by the Trump team, included the limited extent to which Iranian nuclear installations could be inspected, the exclusion of Iranian ballistic missiles from the accord’s restrictions, the exclusion of Tehran’s “conventional terror” from the pact, as phrased by a senior Israeli official, and the so-called sunset clause which lifted restrictions on the  nuclear enrichment program after 2025.

Netanyahu’s willingness to support a U.S. re-entry into the deal does not contradict the position he held in contacts with both the Obama and Trump administrations.

“If Mr. Obama, or even Secretary [of State] Kerry would just talk to me about the changes necessary, we could have an agreement between us and the Americans that would go a long way toward getting a good deal with the Iranians,” the Israeli prime minister told me in late February 2015, just before Netanyahu’s head-on confrontation with President Obama in which he addressed Congress against the president’s wishes and condemned the accord that was in the works.

Netanyahu told me, as well, that he had just contacted Vice President Biden, seeking his help in persuading the president and secretary of state to listen to the Israeli objections.

“If only Biden was president,” Netanyahu added with an exasperated tone, in his brief chat with me at the time. However, he said, the vice president’s approach seemed to be one of “loyalty to his boss” and an unwillingness to challenge the president.

After Trump became president, the Israeli prime minister continued a theme of expressing a willingness to cooperate with a nuclear deal if it was “upgraded significantly,” according to White House and Prime Minister’s Office officials, even as Washington would reintroduce sanctions against the Iranian regime and “threaten additional measures” if the amended pact did not meet the expectations of Washington and Jerusalem.

Trump administration officials countered, however, that it was impossible to amend the deal “anywhere near” what Netanyahu wanted because Iran had been “empowered by the Obama administration” and believed that “the Europeans, and certainly Russia and China, would stand at Tehran’s side” against the efforts to change the accord.

Once the new US president took office on January 20, 2017, Trump and Netanyahu, and their aides, are said to have held lengthy discussions dealing with whether there was a point in giving a chance to selling the proposed changes to the nuclear pact to the various world powers.

The US president gave the process time, but ultimately announced an all-out withdrawal from the deal on May 8, 2018, just under a week before his administration would also inaugurate the opening of the US embassy in Jerusalem.

After Biden was proclaimed by news outlets as the projected winner of the recent presidential election, Trump-Netanyahu teams stepped up contacts to consolidate achievements made on different fronts, including Iran, during the past four years, according to a top official in the Israeli Prime Minister’s Office.

A senior Israeli official with whom I consulted before writing this article would not comment on the killing of Mohsen Fakhrizadeh, Iran‘s top nuclear weapons scientist, on Friday.

However, the official argued that the incident did not complicate the efforts by a Biden administration to consider returning to a nuclear pact with Tehran.

The Israeli source believed that Netanyahu would have “Biden’s ear” on the Iranian issue and that the two leaders could work together, “even though I can’t guarantee that there won’t be a crisis or two along the way,” the source said.

“The prime minister is willing to show flexibility toward Mr. Biden, who he views as a friend,” according to the senior Israeli official. “If I had to give a motto that would sum up Mr. Netanyahu’s advice to the new president on how to deal with the Iranians, I would say it’s to ‘offer a carrot but also wield a very sharp stick.'”