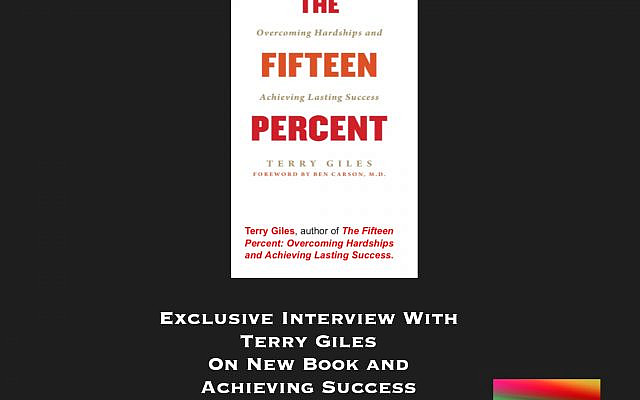 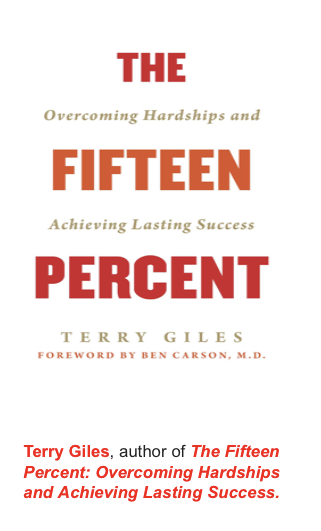 Terry Giles has lived a classic American success story. By the age of 30. He overcame poverty and a father who was in jail during his childhood. He built one of the largest criminal defense firms in Southern California and generated tens of millions in revenue working with high profile clients. By 34, he left the legal profession and achieved even greater success as an entrepreneur, seemingly overnight.

He has written a new book, The Fifteen Percent: Overcoming Hardships and Achieving Lasting Success, where he points out that no one goes through life without facing serious obstacles. Speaking about his own hard-won experience from his difficult upbringing to his place in some of America’s loftiest boardrooms, Giles offers readers the answer to the question that took him years to answer: Why do some people overcome hardships better than others?

Using examples from his career and life—defending child sex abuse victims, his involvement in Monica Lewinsky’s trial, and managing Dr. Ben Carson’s 2016 presidential campaign—he illustrates these ideas in action. In fact, Dr. Carson wrote the forward of the book.

“A unique and fascinating book that will empower you to define your goal, achieve it, and then use that success to create the foundation for your next achievement.” –Benjamin S. Carson Sr., M.D.
Professor Emeritus of Neurosurgery, Oncology, Plastic Surgery, and Pediatrics, Johns Hopkins Medicine, adapted from the foreword 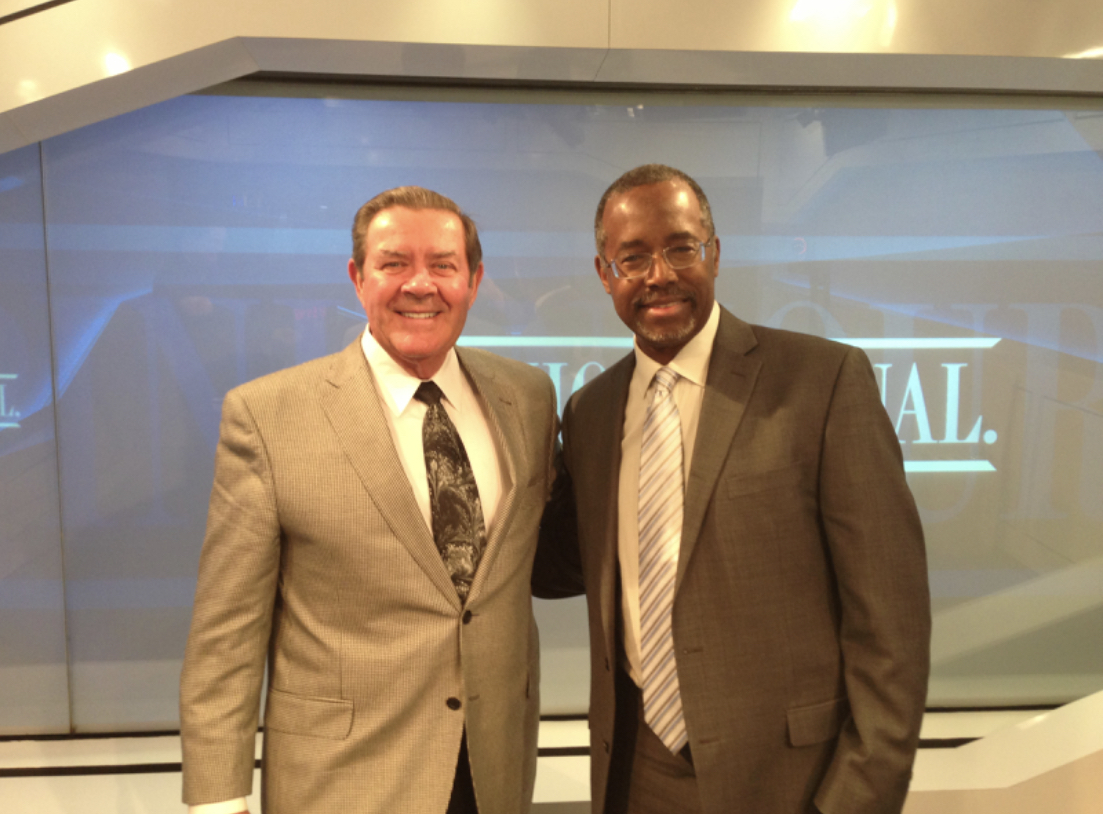 Terry Giles and Dr. Ben Carson after an interview by the Wall Street Journal editorial board early in the campaign. Photo courtesy of the author.

“Starting from the bottom, Terry Giles rose to become one of the most successful criminal defense lawyers in Southern California. He litigated important cases with creativity, compassion, and skill. He then had a second career as a successful entrepreneur. Giles tells not only his own remarkable story, but also the stories of others who have overcome unspeakable adversity, with insight, humor, and honesty. An inspiring read.” –Alan Dershowitz, Professor Emeritus, Harvard Law School and New York Times Bestselling Author

I asked him how Jews fall into “the fifteen percent” and after much thought he shared this:

The Jewish population has more reason to see themselves as victims than any other group.  They have been persecuted around the world for centuries, and in ways that most of us can barely imagine.  Yet, as a group, they have excelled in most every way.  It seems that every time they are persecuted they come back stronger and more successful.  Within their culture, they have flipped the tables regarding the 85-15 paradox.  They have maximized the strategies and characteristics explained in The Fifteen Percent.  More importantly they are exhibit one in the argument that the ability to overcome hardships is NOT limited to only 15%.

In each chapter, you’ll learn valuable skills including fearlessness; embracing underdog status; visualizing the future; and positive thinking; proving that you do not have to be a victim of bad circumstances to adopt the superpowers of  “the fifteen percent.” He emphasizes mistakes worth making, flexibility and how fear is not part of the 15% formula.

“Everyone faces hardship at some time in their life. If that hardship does not kill you, the human reaction is “why me”!  Research and psychiatric science tells us that only 15% will overcome those hardships, while 85% will be weakened or destroyed by them.  It is also clear that the difference between the 85% and the 15% is that the 85% get stuck in “why me”. Although they know they were victimized, they continue to see themselves as a victim, they speak about being a victim, they act like a victim, they see life as something that happens to them as opposed to them being in charge of their destiny.  As a result, they fall into a pattern of feeling sorry for themselves.  What is worse, is their payoff becomes making others feel sorry for them. While that may make them feel good for a while, it cripples their ability to get back into the game of living a successful life.

If we look at the different cultures in the world, we can see this dynamic in action. Cultures where their leaders gain power by convincing their followers that they are victims, struggle to make headway. Whereas, cultures that lack these negative leaders would seem to excel.

The Asian cultures were brutalized in early American history. Yet today, these Asian American cultures thrive. They did not get stuck in “why me”.  Is there a connection between their success and the lack of leaders in their community that preach victimhood?

So now we get to the real questions, can we identify the characteristics which make up the 15% and what happens if anyone can learn these elements which seem inherent in this successful group?  Can we change the dynamic of overcoming hardship so that we eventually have the 25% or 50% or even 75%?  That is the premise and the challenge which I take on in my book, The Fifteen Percent.

Fortunately, we have a culture that exists in the world today which demonstrates that possibility.  They have excelled in overcoming their fear factor, creating underdog strategies, and maximizing the exhilaration of the “near miss”.  (All elements inherent in the 15%.)  They are a small group with a big presence—because they never get stuck in “why me”.