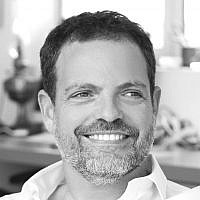 The Blogs
Liron Rose
Apply for a Blog
Please note that the posts on The Blogs are contributed by third parties. The opinions, facts and any media content in them are presented solely by the authors, and neither The Times of Israel nor its partners assume any responsibility for them. Please contact us in case of abuse. In case of abuse,
Report this post.

Automation is everywhere today – transportation, machines, at almost every workplace, and in every home there is a product made by the automation process. The first automation innovations came to our lives almost 200 hundred years ago.

However, at the time there was fear that automation would destroy jobs. Instead, it forced employers to invest in technology in order to compete and employees had to switch from production tasks to technical support of the automation process. The productivity was much higher because employees were now responsible for thousands of products everyday instead of producing only 10% of the quantity. Others would become engineers in the production process.

But what is automation? Automation is producing products and services by machines or software with minimal human help, or even without any human involvement. Automation is not new. The first industrial revolution can be described as the first major automation.

There is much debate about where workplace automation will lead the economy, but observers tend to agree on one thing: the trend is only gaining momentum. Automation is everywhere – from traditional services such as banking and insurance to digital marketing systems.

Israel is a major player in the automation revolution

One of the most impressive examples of the impact of automation on our lives, in the years to come, will be driverless cars. These cars are expected to completely change the way we get to places, reduce traffic congestion, accidents and save the life of millions, every year.

As Israelis, it is difficult to speak about the driverless car revolution without mentioning Mobileye, a company that manufactures advanced driver assistance systems (ADAS) for driverless cars, based on image processing technologies. The company was acquired in 2016 by Intel for a record amount of $15.3 billion.

Grasping the numbers of the new automation revolution

While manufacturing took roughly 25 years to hit its current level of automation, ARK Invest believes that the US economy will automate at a rate five times faster during the next five years.

Automation could add 5%, or $1.2 trillion, to US GDP during the next five years. ARK believes automation will boost US real GDP growth by 100 basis points on average per year to 3.4%. To understand the coming revolution, we can compare the current US economy’s automation levels similar to that of US’s manufacturing numbers in the early 1990s.

What will drive the era of automation?

When we think about automation it is clear that technology companies are eager to implement the new features. But, for traditional industries it will be much more challenging.

Efficiency and accuracy are the main drivers for automation in organizations. At least 30% of organizational activities are repetitive. In less forward-looking companies, the numbers are much higher. When humans repeat the same action every day, the accuracy rates would probably decline. The more automated the process, the cheaper the service for the end customer.

Let’s consider the food industry: big brands such as Mcdonalds and Pizza Hut have been investing in automation and accuracy to achieve the exact taste all over the world. Accuracy and taste is part of the brand, the more accurate the process the similar taste achieved. Nevertheless, savings in money and higher profitability are the probable effects of continued automation.

The author is a serial entrepreneur, venture capitalist and has advised tech companies for 20 years.