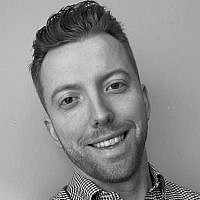 The Blogs
James Delmore
Apologist for freedom
Apply for a Blog
Please note that the posts on The Blogs are contributed by third parties. The opinions, facts and any media content in them are presented solely by the authors, and neither The Times of Israel nor its partners assume any responsibility for them. Please contact us in case of abuse. In case of abuse,
Report this post. 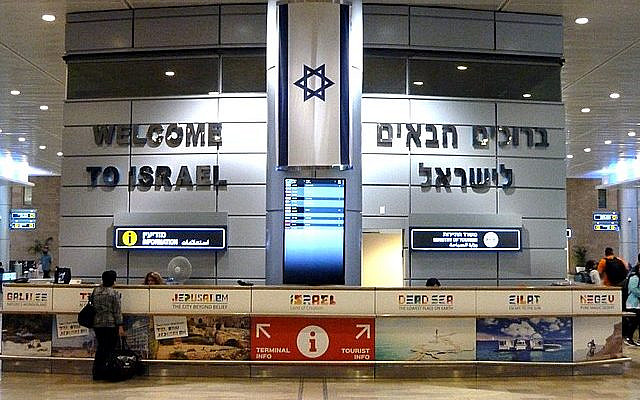 Israeli citizens with children that were born outside of Israel are now forced to get them Israeli passports in order to visit. Ben-Gurion International Airport. (Utilisateur:Djampa, CC BY-SA 4.0, via Wikimedia Commons)

NOTE: The article is written from the perspective of the co-author, Dr. David Ben-Meir, who works and lives in New York with his family. He is an Israeli citizen, but his wife and children are not.

A large number of Israelis living abroad have been forced to cancel family trips to Israel as a result of new entry restrictions from the Israeli government. New guidelines from the Foreign Ministry now require children born abroad to Israeli parents to obtain an Israeli passport if they want to visit the country. In other words, unless those children get an Israeli passport, the Israeli government won’t allow them in.

There are thousands of parents around the world with children that were born outside of Israel. For years, they have been able to travel together to visit Israel without their children having to obtain an Israeli passport. But now, under this new enforcement, their children are de facto banned temporarily from entering Israel. They can’t even enter to do things like visit family, visit friends, attend a wedding or attend a funeral. For me personally, it has been over a year since my children have been able to visit their grandparents in Israel due to the pandemic. After purchasing tickets for the whole family to fly there, we were notified of the new rules and I was forced to cancel the entire trip. Now, I don’t know when I will return to Israel with my family.

The Foreign Ministry claims that this has been the law for decades, but is only now enforcing it. If that is the case, why has it not been enforced before? Why is the Israeli government enforcing it now? This law takes away basic rights from these kids that other non-Israeli citizens have. For example, if you are not an Israeli citizen, you are free to travel to Israel for stays up to 90 days. But if you happen to be born to Israeli parents outside of Israel, you no longer have this right unless you obtain an Israeli passport.

The amount of time and effort it takes to obtain all of the documents for an Israeli passport can be time-consuming. For example, the new guidelines say children must get an Israeli passport within 60 days of their return trip from Israel. For a family with multiple children, completing all of the lengthy requirements 60 days before a brief trip to Israel is not realistic.

This new enforcement makes it less likely that Israelis abroad will come to visit, which will have negative economic consequences for Israel. The economy could benefit from families like mine spending our money in Israel instead of elsewhere. The Israeli government should encourage Israelis abroad to visit the country and help repair the economy ravaged by COVID-19. Instead, they have decided to enforce a law that almost prevents Israelis that live abroad from visiting.

There are countless families with stories like mine. In an effort to have our voices heard, many of these stories have been shared on the Facebook group, “Israelis in Israel – The Effort to Change – Admission of Minors Without Passports.” The group has already added more than 4,000 members and it continues to grow.

Dr. David Ben-Meir is a private medical physician based in Mamaroneck, New York. He was born and raised in Israel, but now lives in the United States. He resides in Rye, New York with his wife and four children.

About the Author
James Delmore is currently a researcher for Fox News. He received his M.A. from Tel Aviv University in Political Science in 2014. He currently resides in New York.
Related Topics
Related Posts
Comments
Advertisement