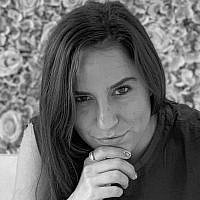 Sometimes the destination is not what’s printed on your boarding pass, but exactly where the universe intends for you to go and grow. Be the first to say hello, you never know who you’ll meet and where that journey of friendship will lead!

Ever strike up a conversation with someone in the airport to only end up sitting next to that person on a flight?! Happens all of the time. Today’s new friend is incredibly inspiring.

I’m headed to Tennessee with my brother this weekend. When he said he was going to pick me up at 4:30am for a 7:00am flight. I wasn’t very excited. On the ride to the airport I asked why we couldn’t take a later flight? He said with flights being canceled, we may not make it. Sure enough, we get to the airport, and he points to the screen where the 8 am flight had already been canceled. He said “that’s the flight you wanted to take.” He had a point, and as the younger sister I had to say you were right, credit where credit is due.

As I head to my gate, I tell the people at Starbucks to write my name as “You are awesome.” And start saying hello to everyone. I noticed an older man with awesome shoes and swag. Later at the gate, I complimented his shoes and we got to talking and laughing.

We separate, begin boarding, and when I get to my row I start laughing. I say, “No way!” The guy from the gate is sitting next to me. We start speaking about his background running a fire academy in Alabama, his career from firefighter in New York to now developing sophisticated security technology to keep school districts around the country safe.

I began to ask him, “so wait, you were” and then he answered my question. “Yes, yes I was working when 9/11 happened. “I was shocked, how did you know what I was going to ask?”

He explained he worked for a special unit FDNY Rescue 1. They’re trained to do search and rescue in the most horrendous of situations. As the head, he told stories of his friends who died and showed pictures of their heroism. He lifted up his sleeve to reveal a bracelet he never takes off in honor of his late friend. 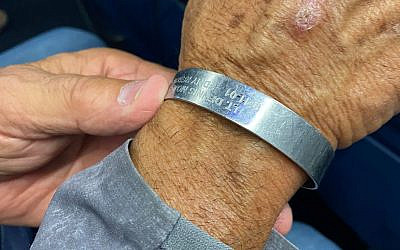 He explained after working the New York bombing in 1993, fire and rescue knew to clear out the buildings. He said 30,000 people would have died on 9/11, but because the buildings were evacuated there were less than 3,000 deaths. I told him that most of my friends who live in New York describe having to walk blocks and blocks home that day. People not having cell service. My eyes began to water, I said, “people waiting hours for their loved ones to walk in, and some never did.” We were both silent.

Dennis said there were two brothers who happened to be shooting a movie on 9/11 and their footage is how we witnessed the horrors on news outlets around the world. It makes you wonder how one small choice to film a project can end up capturing American history. Even in fourth grade, the footage helped those like me outside of New York understand the magnitude.

He told me about going to Poland and asked if I had seen the concentration camps? We both determined 9/11 conspiracies and Holocaust denial are where we draw the line.

I asked this guy so many questions. I learned a ton about business, the world, relationships with influential leaders, and how our values can translate into our children and grandchildren. Dennis was so proud to talk about the success of his family members. The “NY” apple doesn’t fall far from the tree as they say.

He told me about his first fire, he was 18 years old and two synagogues had been burnt down. I asked who did it? He said we never found out, but it was motivated by hate. Now at 66, he’s using his knowledge, experiences, and contacts to install security systems in schools that are saving lives. It’s so inspiring to see how a lifetime of important work has led him to this juncture of protecting our students and teachers.

I share this to remind all of us no matter where we are in the journey, our experiences build off each other. Put yourself out there. Write that book, take that trip, shoot that video, be the first to compliment someone.

We are constantly exposed to opportunities to make meaningful connections. If we take time to listen and ask thoughtful questions, we can learn something interesting from anyone.  No matter their age or profession. Dennis couldn’t believe I didn’t immediately know the woman I was speaking with at Starbucks. Even just for a few minutes, or an entire flight. This is the power of connection.

As I explained the work I do with students, he understood the serious NEED for students to have outlets to try different activities to develop their leadership skills. Increased security isn’t the only thing our kids need, but also confidence and access to different experiences.

We both agreed not everyone is an A student. I know this well- in college,  I couldn’t serve in Student Government for 3 years because I didn’t have a high enough gpa. Dennis proudly told me about the successful businesses his son has built as a reminder that grades are not the only measure of success or intelligence.

As we hugged goodbye as new friends and no longer strangers, I’m grateful the universe connected me with someone who touched my soul and heart. Even though we couldn’t be more different, two lights came together to make our world brighter and more connected. This is the power of conversation. Never forget you’re just a hello away from new friends adventures.

About the Author
Growing up in Memphis, Tennessee Rayna never experienced any racism or anti-Semitism. As the granddaughter of Holocaust survivors, she never believed she would experience anti-Semitism in her lifetime. This was quickly contradicted when she began college. Rayna experienced many challenges including cyberbullying, a mock eviction noticed taped on her door, anti-Semitic comments, and even Holocaust denial. Rayna was shocked to learn that even where Jewish communities are strong, there is still more work that needs to be done. Since 2010 Rayna has spoken to over 100,000 people in various demographics. She ignites other's passions by sharing her own story, empowering others to enrich their communities through organizing and storytelling. She has organized hundreds of events since she was a teenager, and has been fundraising for different organizations since she was 12 years old. Rayna lives in South Florida and graduated with an International Business Degree from Florida Atlantic University in 2015. All of Rayna’s lectures and workshops are highly customizable and interactive. A complete list can be found at TheRoseGrows.com. She can be reached at Rayna@therosegrows.com.
Related Topics
Related Posts