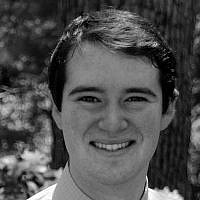 The Blogs
Ben Lefkowitz
A Student Israel Advocate
Apply for a Blog
Please note that the posts on The Blogs are contributed by third parties. The opinions, facts and any media content in them are presented solely by the authors, and neither The Times of Israel nor its partners assume any responsibility for them. Please contact us in case of abuse. In case of abuse,
Report this post.

Controversy has arisen over a joke recently made on Saturday Night Live’s Weekend Update segment about Israel’s vaccination process. Comedian Michael Che joked “Israel is reporting that they have vaccinated half of their population, and I’m going to guess it’s the Jewish half” followed by brief laughter. The reaction from the pro-Israel community was almost as immediate as the laughter that followed the joke.

The following day StandWithUs posted on their social media comparing the joke to “blood libel” and even made a petition calling for NBC to apologize. Other pro-Israel and Jewish organizations such as Isreallycool posted the video with the caption “Saturday Night Libel” and the American Jewish Committee (AJC) is also calling on NBC to apologize claiming the joke is “a modern twist on a classic antisemitic trope that has inspired the mass murder of countless Jews throughout the centuries”. So, what is blood libel really? And where does this joke fit into the ongoing political debates surrounding Israel’s COVID-19 vaccination process?

Before I continue, it is important to note that even though I do not think the joke constituted “blood libel” does not mean I liked the joke. First of all, it is not true. Right now, the Times of Israel reports that only “around 3 million Israelis are not eligible to be vaccinated, including those younger than 16 and people who have recovered from COVID-19”. None of those restrictions are ethnically based. In fact, more than 4.5 million Israeli residents of all ethnicities have already received their first shot.

So, is this joke truly blood libel? No. It is certainly inaccurate, and it may toe the line of antisemitism, but it is certainly not on par with one of the most horrific acts of antisemitism in history. The AJC was right when they said that blood libel has “inspired the mass murder of countless Jews throughout the centuries”. Yet, in no part of this joke did Che claim that Jews were killing Muslims or Christians, Che never called for any sort of retribution against the Jewish people, and in fact, Che’s joke fits into a very real ongoing debate, including among Jews, about Israel’s vaccination process.

Yet just because a joke is not true, and may make you uncomfortable, does not mean that it is akin to one of the most horrific antisemitic tropes there is. Like any type of hatred, bigotry, or simple insensitivity, there are levels and nuance. When I brought up this joke to other student leaders in the pro-Israel and Jewish communities, a friend of mine pointed out that jokes like these are why he does not like playing Cards Against Humanity — it’s all fun and games until a card makes fun of your personal identity. I find Weekend Update similar in the fact that they are constantly making fun of every race, religion, identity, and nationality every Saturday night. And like Cards Against Humanity, we are only seeing the pro-Israel community react so aggressively when our personal identity is the butt of a joke.

While Israel has seen resounding success in the vaccination process, stories have emerged of vaccinations for Arab-Israelis lagging behind due to inherent distrust in the Israeli Government and a lack of Arabic-language vaccine promotion program. There is also a serious ongoing debate about Israel’s role in vaccinating those who live in the Palestinian territories.

Regardless of your opinion on those ongoing debates, it’s important to recognize Che’s joke for what it was: a political, topical, joke. As an active member of the Israel advocacy community, I worry deeply about our rush to label comments like these as deeply antisemitic. In a world where there are regular attacks on the Jewish people, whether it be a post by a celebrity quoting Hitler or a comment by a politician linking Jews to California wildfires, we cannot devalue terms such as “blood libel” or even “antisemitism”. When we cry wolf on poorly made jokes, no one will listen when a real problem arises. Che’s joke was never worth our time or energy. Unless we raise our standard for what constitutes antisemitism, and especially blood libel, true acts of antisemitism will go unnoticed and our movement will become damaged beyond repair.

About the Author
Ben Lefkowitz is the President of the Emory Israel Public Affairs Committee at Emory University. Previously, he has served as a Grinspoon Fellow for the Israel on Campus Coalition, the Israel Chair at Emory University Hillel, and is a recipient of the Barkan Award for Excellence in Israel Advocacy presented by AIPAC and the Sarah Kraft Award for Young Israel Leaders presented by Congregation Kehillath Israel.
Related Topics
Related Posts
Comments