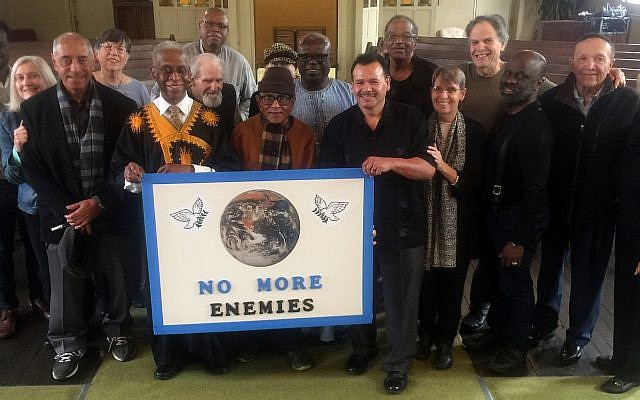 Elections are about politics, and politics by definition is about winning and losing, and the winning and losing game is rarely a winning proposition, because it always generates enemies, and the enemies become embittered and eventually rise up, so what was the point? If someone from another galaxy landed here tomorrow and watched the electioneering leading up to Israel’s next election on April 9th, a ritual display that is probably no more and no less vicious and destructive than similar rituals that take place in other countries — what might they think?

Legend has it that, once upon a time, a worried Jewish mother in Czarist Russia sending her newly conscripted son off to fight the Turks would admonish him: “Kill a Turk and rest; kill a Turk and rest.” The phrase came to Israel with immigrant Jews decades ago and persists to this day in Hebrew, as a commonly used synonym for “Take it easy; what’s the hurry?” When people use this phrase in ordinary conversation, they seem unaware of any note of aggression, of any disparagement of Turkish people, or of violence. (Journalist Amira Hass wrote about this in 2004, here.)

But it turns out that this phenomenon (like so much else here) crosses borders, too.

My young friend Luis (a pseudonym), a Jewish peace activist who is a fluent Arabic speaker, once told me a story in this vein, from the other side of the looking glass, as it were. “I was visiting very old friends in the Galilee,” he related. “This was a Christian Arab family. And as we’re sitting around in the living room, just being together, from time to time someone would break the silence by saying, ‘Another Jew dead.’ So we sat there and, every once in a while, someone would say–in Arabic, of course: ‘Another Jew dead.’ They had obviously forgotten that I am a Jew, or forgotten what the words meant.” It was a kind of mantra, like ahlan wa’sahlan (“you are welcome here”), uttered automatically as a way of punctuating the silence.

Luis felt a dilemma: to mention this, or not to mention this, to his friends? “On the one hand, it made me uncomfortable that they would say that,” he explained to me; “yet at the same time, I realized it was ‘just a phrase.’ I knew if I brought it up, it might ruin a very pleasant friendship; and yet, if I did not bring it up, I would go on feeling uncomfortable.”

In the end, he raised the issue and, as he had foreseen, after all the apologies and explanations on the part of his horrified hosts, who had intended no insult to him or even to Jews in general–the easy harmony of their old relationship was irrevocably altered. Not ruined; but somehow damaged.

Maybe that’s part of the price we all have to pay to stretch our awareness until everyone on earth can come in from the rain and shelter under the same umbrella, together.