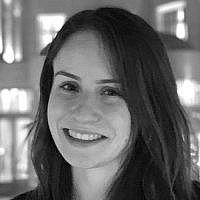 The Blogs
Anat Peled
Apply for a Blog
Please note that the posts on The Blogs are contributed by third parties. The opinions, facts and any media content in them are presented solely by the authors, and neither The Times of Israel nor its partners assume any responsibility for them. Please contact us in case of abuse. In case of abuse,
Report this post. 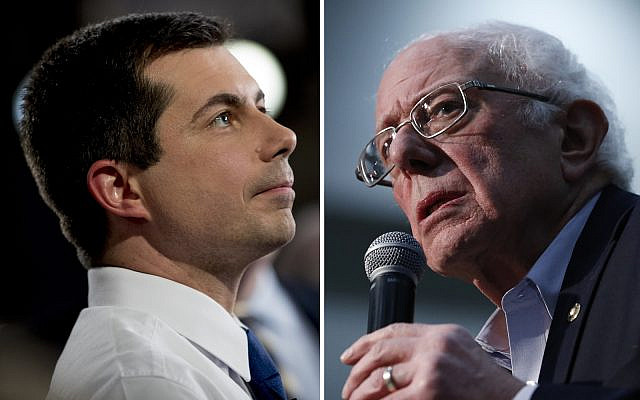 Vermont Senator Bernie Sanders and South Bend Mayor Pete Buttigieg would both make historic “firsts” if they were to win the 2020 election: the former as the first Jewish president, the latter as the first gay president. It seems that America has come a long way since restricting Jewish refugees in the 1930s and banning gay marriage.

And yet, it is precisely these identities that are coming under fire in the current Democratic primary campaign. A new type of identity-based critique has emerged on the fringe of both the far right and the far left — Jews accusing Sanders of not being “Jewish enough,” and gays accusing Buttigieg of not being “gay enough.”

A closer look reveals that these “not enough” arguments frame identity as coinciding with a set of predetermined political beliefs. This crude equating of identity with expected views is not only disingenuous and deterministic; it also precludes our ability to judge political candidates on their own terms.

Most of us define being gay as being attracted to people of the same sex. But not everyone. A recent article in The New Yorker titled “The Queer Opposition to Pete Buttigieg, Explained,” by Masha Gessen, a gay writer and LGBTQ activist, argues that Buttigieg acts like a straight man in almost every way. He is “a straight politician in a gay man’s body,” she says. This opposition to Buttigieg represented by Gessen and others argues that being gay also has to do with visibility and a certain set of progressive political beliefs. And this is something which Buttigieg sorely lacks.

Gessen’s opposition to Mayor Pete relies on a division of gay identity into two groups with different tracks of politics. The first is those who were not able to hide their gayness growing up and were bullied for it. This group tends to opt for the revolutionary track of politics since they have learned from history, from “our ancestors and transcestors” as an open letter by Queers Against Pete puts it. Their goal is to act against the injustices which disproportionately impact the LGBTQ community such as police violence, and economic inequality by championing progressive policies.

In contrast, the second group was able to hide their gayness and pass as straight growing up. Members of this group, like Pete, tend to adopt the moderate track of politics which seeks to erase difference and neglect those who cannot or do not want to assimilate.

This reframing of gay identity coming from Gessen and others is purely political and discounts the experiences and beliefs of gay people who think differently. As several op-eds by gay people have pointed out, Pete is still “gay enough” to be discriminated against (a video that went viral earlier this month of a voter in Iowa showed this).

It is one thing to disagree with the policies of a candidate. But framing gay identity itself around a preferred brand of politics is self-serving and even deceitful.

Sanders faces similar criticism from the other side of the political spectrum: conservative American Jews, who consider his politics to be opposed to his Judaism. A recent Jewish Journal piece by Thane Rosenbaum accused Sanders of lacking “any affinity for Jews or their religion” and of being “the least Jewish person on the debate stage.” Voters, said Rosenbaum, would know he was “faking it.” Never mind that defining what being Jewish means is notoriously tricky (is it a religion? An ethnicity? A nation? Or a “historical experience” as David Ben-Gurion believed?).

Critics like Rosenbaum link Jewish identity to politics: Bernie is not Jewish enough because he is a radical socialist and vocally critical of Israel. These voices view Sanders’ universal socialism as a betrayal of the particularism of his own people. To put it in Gessenian terms, he is “a socialist politician in a Jewish man’s body.” In 1988 he honeymooned  in the Soviet Union as Jews suffered there, and was only attracted to the Israeli kibbutz because of its socialist and agricultural leanings rather than the Jewish aspect. He has failed to learn the “everlasting lessons of exile, inquisitions and annihilation” and neglects to stand up for the Jewish state as evidenced by his alliance with antisemitic and BDS supporters such as Linda Sarsour, and Reps. Ilhan Omar and Rashida Tlaib.

Meanwhile, former New York City mayor Mike Bloomberg, the other Jewish candidate running, is never criticized for not being “Jewish enough,” though both men are secular; Bloomberg is not a socialist and has the right politics on Israel.

This criticism of Sanders is not only mean spirited and inaccurate; it ignores the awkward fact that historically, socialism has attracted Jews all over the world in disproportionately large numbers, and many saw their “Judaism” as inextricably linked with it. The founders of Israel (and the kibbutz) were by any definition radical socialists and it was only in 1977 that Israel first elected a right-wing government to power.

As for Israel, Sanders does not actually support BDS and defines himself as 100% pro-Israel. His alliance with allegedly antisemitic Muslim women is complicated because they have also helped him clinch Muslim support (he recently won the endorsement of the biggest Muslim PAC in the United States). In addition, this criticism does not seem consistent since Prime Minister Netanyahu courts the European antisemitic far-right for political calculations and rarely faces any censure from right wing American Jews.

These “not enough” attacks on Buttigieg and Sanders are political disputes masquerading as identity claims. You will always have been born Jewish if you were born to a Jewish mother. You will always be gay if you are a man who is attracted to men. You cannot take that away from people because they do not fit your preferred brand of politics.

Buttigieg and Sanders are two politicians who never wished for their sexual orientation or religion to distract from their actual ideas or policies. But now these policies are being criticized using their identity: apparently both have failed to learn from their own people’s history. This is reductionist. Just as there are many different ways to be gay or Jewish, there are many different lessons to be drawn from history. Politics may be influenced by your particular identity, but it is not determined by it.

About the Author
Anat Peled is a senior majoring in history at Stanford University. She was recently awarded the Rhodes Scholarship for graduate studies at Oxford University.
Related Topics
Related Posts
Comments