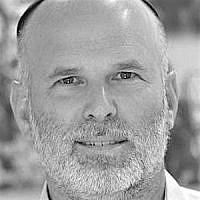 The Blogs
Yonatan Branski
Apply for a Blog
Please note that the posts on The Blogs are contributed by third parties. The opinions, facts and any media content in them are presented solely by the authors, and neither The Times of Israel nor its partners assume any responsibility for them. Please contact us in case of abuse. In case of abuse,
Report this post.

A Palestinian terrorist sentenced to life for murdering Israelis was asked if he would continue to murder if he was released in a prisoner exchange deal, he replied: “Of course. How could I not? How do you view those who would shirk defending the motherland?”

The insistence on paying high prices for the elimination of Israel, and the longstanding adherence to that goal are embedded in the Hamas movement’s ideology in a way that is difficult for the West to understand. The rampant anti-Semitism in the Hamas Charter, in which Jews are accused of all the major revolutions known to humanity, is an unsurprising feature of the radical religious outlook of the movement.

But during Hamas’s 30 years of existence, the Middle East has changed beyond recognition, changes that were accelerated by the Arab Spring and in the recent interventions by the great powers in the region. This is the backdrop against which to view the reports of the revised Hamas Charter, portions of which have been leaked in the Arab media. This treaty is perceived as more moderate than the old one, and it seems that the most blatant anti-Semitic sections have been excised, and that overall, the language has been somewhat softened for Western ears. But it is critical not to be confused by the change in rhetoric. The new treaty must be seen in the correct political context, and in the context of the organization’s ideology and history.

Hamas is facing hard times. The Egyptian regime has been replaced via a series of revolutions and the Egyptian crackdown against the Muslim Brotherhood movement, the parent movement of Hamas, has been renewed in full force and Hamas feels pressure to present a less radical public face. On the other hand, the movement is trying to walk a fine line between preserving warm relations that have recently developed with Iran, and appeasingIran’s enemies the Gulf states, where the movement’s senior leaders live. Hamas is also envious of Abu Mazen’s occasional successes in the diplomatic arena and hears Western anger at the vulnerability of Christian minorities by Sunni Muslim forces in the Middle East. These tensions all led Hamas to conclude they needed a facelift, one that would be expressed in the formulation of the organization’s new Charter.

A review of the Charter’s published sections shows that the change is purely cosmetic. Hamas is attempting to show it has good relations with Christian Arabs, and maintains some ambiguity about the next confrontation with Israel. But the fundamental calls for the destruction of Israel and the “liberation” of all the territories from the Jordan River to the sea are still loud and clear. Zionism is still a “danger to the world” and the struggle will continue without compromise. Hamas’s recognition is only for a Palestinian state, but not for a Jewish state alongside it, on any border and under any conditions.

This is not surprising if we recall the religious and historical foundations of the movement. Hamas developed from the Muslim Brotherhood, established in Egypt in 1928 by Imam Hassan Al-Banna, whose goal is to instill faith and Muslim religious life in the Arab countries and turn them into religious states. The movement, which was repeatedly suppressed by the secular rulers of Egypt, Syria, and Jordan as a political threat, flourished and achieved its goal in only one place, the Gaza Strip, where a Muslim religious state was established and where the political Muslim ideal came to fruition. The religious nature of Hamas is deeply rooted in its ideology. A symptom of this can be seen in the rise of religious extremism in the Gaza Strip and in the warm ties that the movement has with Iran and certain factions of ISIS.

Any temporary flexibility of positions should be examined in light of Hamas’s religious tradition. Despite common assumptions, the religious roots of the movement provide it with a robust toolbox against the current situation. The concept of deceiving the enemy is well anchored in tradition, starting with the Prophet Muhammad, who forged an alliance with the Quraysh Jews in order to gain power and then broke it as soon as possible (in a model that serves as an example of clever tactical conduct); through the concept of hudna, which means a temporary ceasefire for the purpose of re-arming; and on up to Arafat’s theory of stages, which was intended to bring about the gradual and calculated destruction of Israel. All these form the backdrop to the current developments. After thirty years of existence, Hamas is prepared to refine its words a bit in order to achieve the goals it is pursuing with increasing intensity. In an era of disavowal of political correctness, Hamas decided, somewhat belatedly, to speak a better language, but the basic principles remained the same. Total lack of recognition of the State of Israel, a call for continued resistance by violent means and total compromise in the struggle to liberate the territory from the sea to the Jordan. “There will be no concession of any part of the land of Palestine, no matter what the circumstances and pressures are.”

On the ground, Hamas continues to arm itself with advanced weapons, all aimed at attacking Israel, some of which were displayed in military parades in the Gaza Strip. It has continued work on the tunnels project that was exposed during Operation Protective Edge, and is intended primarily at attacking civilian populations centers. The person recently elected as the movement’s new chairman in the Gaza Strip is Yahya Sinwar, one of the most hawkish militants. While Ismail Haniya was primarily a professional politician, Sinwar is a murderer with the blood of hundreds of civilians and soldiers on his hands.

If you listen carefully to the organization, you discover that nothing has changed on the declarative plane either. Last December, at the anniversary of the movement’s founding, Mahmoud al-Zahar, one of the movement’s spiritual leaders, called for renewed commitment to violent resistance. “Our country is all of Palestine from the sea to the river,” he said, “and the compromising Palestinian Authority that maintains security coordination with Israel must be condemned.” Fathi Hamad, a senior Hamas political figure, said that the movement was ready to export missiles to all Arab countries in the region to help liberate “all Palestinian land.” These statements are in line with the teachings of an educational system that places the figure of the suicide bomber as a moral model for the younger generation.

Hamas’s dedication to killing Jews is a profound religious and ideological devotion. The organization continues to uphold this value it in every way possible. The current change is merely a change of wording, intended to score a few points in the West. Although some particularly blatant anti-Semitic statements have been removed from the document, the organization also distinguished between Jews and Zionists.

But the ultimate goal of the destruction of Israel was re-affirmed. Even when the murderous organization from the Gaza Strip wants to please the international community, it continues to maintain its basic DNA, and listening to Hamas’ messages and listening to what is happening on the ground proves that this DNA has not changed, and will probably not change.

Col. Yonatan Branski (Res.) is the former deputy commander of the Israel Defense Force’s Gaza Division and founder of the “Social, National and Moral Resilience Movement in Israel.”