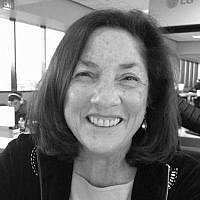 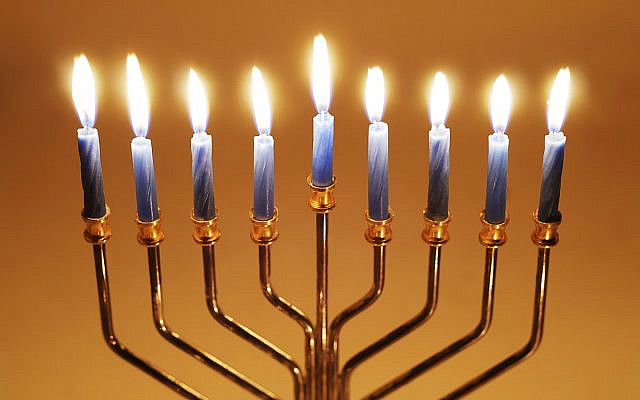 No. To all the above.

In my home, we light candles each night, say the prayers that correspond to the eight nights of Hanukkah, and toss out grab-bag gifts of no consequence – the only overt nod to Christmas I’ve ever known. We sing Hanukkah songs – little ditties like” O Hanukkah” or “The Dreidel Song.” We have brisket and latkes and other fried foods. They’re especially good on these nights.

One year, about five or six years ago, it was friends, plus my son, my daughter and her lovely family, and the groups from San Diego and Phoenix. It was the League of Nations: my granddaughters are half Japanese, my best friend since elementary school, Bette’s San Diego group, is half Japanese or full American White with no trace of the religion she was taught. The Phoenix family – Bette’s oldest son and his tribe are Jewish, American White and Afro American – a series of marriages that seem seamless now. No one but my family and friends had ever experienced Hanukkah.

Before dinner we gathered around the menorah. There were eight kids – and eight candles. One for each night the oil miraculously lasted until the Maccabees were saved from the Syrians/Greeks. I lead the prayer and they were each to light a candle even though we’re only supposed to light one per night. But this was a teaching moment and an opportunity to for spirituality.

The menorah is placed on the kitchen counter, I dim the kitchen lights, and the room goes dead still. I say the prayer in silence but near the end I hear my own son and daughter chanting along with me as I light the shamus – the ninth candle.

All the children have gathered in a semi-circle around the menorah and inch by inch grow closer to it – ages five to thirteen, boys and girls; age, religion, and race mean nothing. They were mystified. And all in. I line them up, give each in turn the shamus – the candle that lights all the others night by night until all eight are lit. We repeat the prayer for each night at each candle. We go left to right. One by one. When it’s done, they are enthralled, and staring, held tight by the miracle of what happened – there and here.

I explain, just before I dismiss them for the traditional dinner, that like a mother, the shamus can light each candle with the same amount of love, warmth, and light, without diminishing herself or any other. The truest gift of Hanukkah.

Hadassah stands for Jewish values and traditions. Hadassah also stands up for women’s empowerment and leadership, and therefore strongly supports the role of Jewish women as keepers of the flame of Jewish values, traditions, and beliefs. I am proud to be a Life Member of a national organization with such a noble purpose.

About the Author
Ronnie Katz Gerber is currently Communications Chair for the Hadassah Metro Los Angeles Region. A retired English and drama teacher for one of the largest school districts in California, she has written, directed and produced a handful of curriculum-based plays for her students and received a Los Angeles Awards nomination for her educational outreach through the arts. She has now turned her attention to columns, articles and short stories. Ms. Gerber is active in the community doing volunteer work and also spends her time pursuing her avid interest in travel. She has visited most of Europe, Russia and Africa, China and a bit of South America as well. Most springs, she hosts foreign exchange students for a month while they take an American culture and language crash course at a local university. As a result, she has spent time with them and their families abroad. Her family, especially her grand girls are the best activity of any day.
Related Topics
Related Posts
Ronnie Katz Gerber