Nir Meir became the General Secretary of the Kibbutz Movement in 2015. Upon taking the position, he was described as experienced and moral. While one cannot deny his experience, having held key positions in the kibbutz movement for the last 20 years, whether he is moral, should be considered after reading the following events.

For the last three years, the Kibbutz Movement under his leadership has been waging a campaign of threats and extortion against the “blue shirt” youth movements in Israel and abroad, but primarily against their “follow-on” movement, Dror Yisrael. The hit piece viewed on Israel television in December, smearing Dror Yisrael, depicting their lifestyle of communes and city kibbutzim as “unconventional” while accusing them of employing cult-like social pressure and manipulations in order to keep their members involved, is proof of the lengths he and other functionaries in the Kibbutz movement, are prepared to go in order to achieve their goal. For them, the ends justify the means. 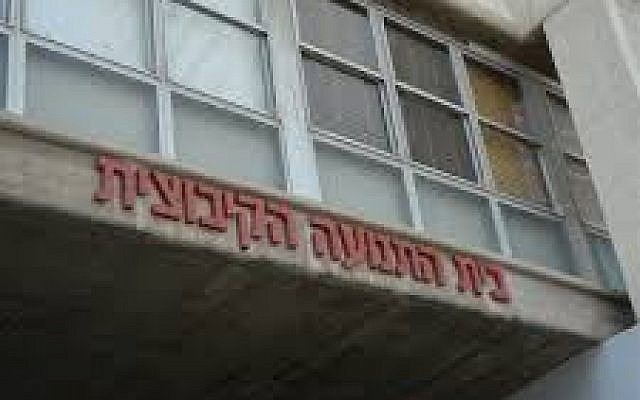 What is this all about? Having done quite a bit of research, it is about a lust for dominance. Dominance of leadership of the Labor-settlement-hagshama movements in Israel. For two decades the Kibbutz Movement was involved largely with itself and its own survival, following a crippling financial crisis which then resulted in a social crisis, characterized by the disturbing flow of members leaving kibbutz, and internal pressure to liberalize the kibbutz system, to allow private property and differential monthly allowances. During this period, the kibbutz movement abdicated its leadership role in the youth movements and retreated from its traditional responsibilities towards them in terms of guidance and ideological direction.

Now, with what is called the “Kibbutz Mithadesh”, the renewed kibbutz, the Kibbutz Movement is experiencing a resurgence and it wants to take back the role it essentially abandoned. And, believing it is their deserved right, it expects those who filled the void during this time, to step aside. When Dror Yisrael, which filled the void left by the Kibbutz Movement’s withdrawal (with its consent and cooperation, by the way), expressed reluctance to do so, then things got ugly. The dismissive, expedient attitude expressed by the Kibbutz Movement, that “OK, you’ve done your job, I’m back, so move aside” is not only insulting; it is an ignorant refusal to recognize that during the period of the Kibbutz movement’s absence, the youth movements – along with their goals and ideology – have changed. It is a disdainful denial of the dialectic.

The central focus of this feud, (but not the only focus) is over the bragging rights of shlichim (emissaries) to Habonim Dror overseas; Habonim Dror has youth movements in North America, South America, Europe, Britain, South Africa and Australia. Shlichut to overseas youth movements was once the most desirable, the most prestigious mission kibbutz members could aspire to. That was when the Kibbutz Movement placed a high value on hagshama education and saw it as one of its ideological priorities. However, during the period of crisis, the Kibbutz Movement reduced the number of shlichim that they sent. In addition, with the introduction of the changes in the kibbutz as described previously, fewer people offered their candidacy, more concerned with their future economic wellbeing, making it harder to find suitable people to fill these positions. At the same time, those members who would have been prime candidates for shlichut because of their caliber, preferred to channel their energies in rehabilitating their kibbutz, their home. Thus, after having fostered – even engineered – the dependence of youth movements like Habonim Dror on shlichim for ideological and hagshama guidance, the youth movements were now abandoned, left to their own devices. In desperation, Habonim Dror searched for any alternative to take the place of the no longer available kibbutz shlichim and the Kibbutz movement’s support and approached Dror Yisrael to provide Israeli madrichim of a similar ideology, to fill the vacuum. The Kibbutz Movement did not object at the time. In fact they encouraged it. This was the challenge that Dror Yisrael took upon itself. From the beginning there was an affinity and a common ideological purpose. They worked hard to earn the trust of these movements and to form partnerships, expending a lot of time, effort and resources to build the relationship. Now, after about fifteen years, when the relationship is starting to pay dividends for all involved, along comes the Kibbutz Movement, and says “Thanks, we’ll take it from here”. As if the Habonim Dror movements are a thing to be traded, to be transferred from one to the other, with no say in it. They are not! 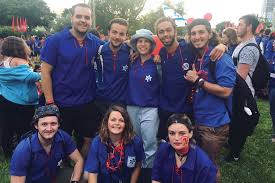 Dror Yisrael refused. The three-way marriage of Dror Yisrael, Hanoar Haoved and Habonim Dror has been extremely rewarding for all three movements. Habonim Dror has found a new ideological purpose. There is an excitement among its senior leaders that was missing for a long while. It has a new, viable hagshama option which they find appealing. Hanoar Haoved bogrim now have the prospect of ideological continuity. Members can strive for self-actualization within the Dror Yisrael framework, as a follow-on movement. And, Dror Yisrael is flourishing, with an impressive growth of the number of city communes, doing important work to improve Israeli society, in education and community work. They are making a positive impact. Why should they willingly dissolve such a partnership? 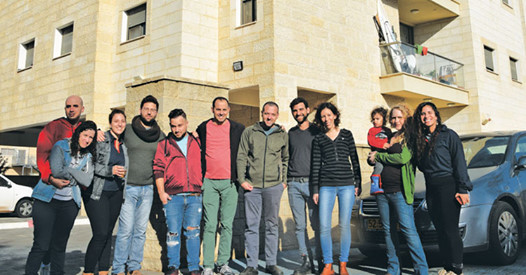 The Kibbutz movement’s response was to pledge to destroy and discredit Dror Yisrael, marking them as “the enemy”. They have demanded that Habonim Dror cut their ties with Hanoar Haoved and Dror Yisrael, using the fact that the Kibbutz Movement funds them as a cudgel to threaten them.

Attempting to break the alliance between Dror Yisrael, Hanoar Haoved and Habonim Dror, YS of the Kibbutz Movement has accused Hanoar Haoved of “infiltrating” Habonim Dror. Let us consider for a moment what he is insinuating when he says this. He is saying that Habonim Dror are naïve and gullible, and easily influenced. That shows how much respect he has for a youth movement that has been around since around the 1930’s and has been instrumental in the establishment of 50 kibbutzim in Israel. He is also accusing Hanoar Haoved of being a shady, subversive, manipulative organization with self-serving aims, fostering the partnership for its own gain. How very immoral of them. But, tell me: how is that any different to what the Kibbutz movement did with Habonim Dror for the better part of half a century? The hypocrisy almost leaves one speechless.

They should NOT be dictated to by adults as to what that direction should be. They are NOT the property of the Kibbutz movement, to be told what to do. If funding their activities gives the Kibbutz movement the right to dictate to them their goals and direction – and with whom they can affiliate, then by that very same standard, the United States has the prerogative to decide for Israel what its policies should be with regard to the Palestinians and peace negotiations. There is no moral difference. The youth movements are and should be autonomous. The cynical, overbearing, exploitation of such brutal power over their destiny by the Kibbutz movement, in order to get what it wants, exposes it as a movement with no conscience.

From the days of Degania, the youth movements have been instrumental in building and establishing kibbutzim, all across the country. Habonim Dror, and other Israeli Zionist Youth Movements, have historically been their lifeblood, ensuring their renewal, future and viability. To force this divorce, is to disavow the Kibbutz Movement’s own history.

My name is Paul Mirbach and I am a boger of Habonim Dror South Africa, I came on Aliya with Garin HaOz to kibbutz Tuval to build a new kibbutz. Together with some of the most awe-inspiring people I have had the privilege to know, we lived out our ideology. I cannot fully describe the depth of satisfaction that has given me. My son is in Dror Yisrael. He lives in a commune in Rehovot. He too is living out his ideology. When I think of this, my heart bursts with both pride and admiration for him that he made the choice to do this. The Kibbutz Movement and the “new kibbutz” on the other hand, has outlived its ideology. It is little more today, than another monolithic organization, using its bulk to bully youth movements, run by university students and people just out of army service, to bow to its will, for no loftier goal than its own self-interest.

The question is whether Nir Meir, whose name means “to shed light”, wants to be remembered as the Kibbutz Movement’s General Secretary, when it decided to turn off the lights on the youth movements.