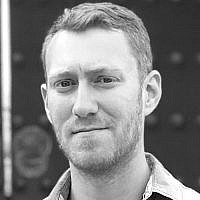 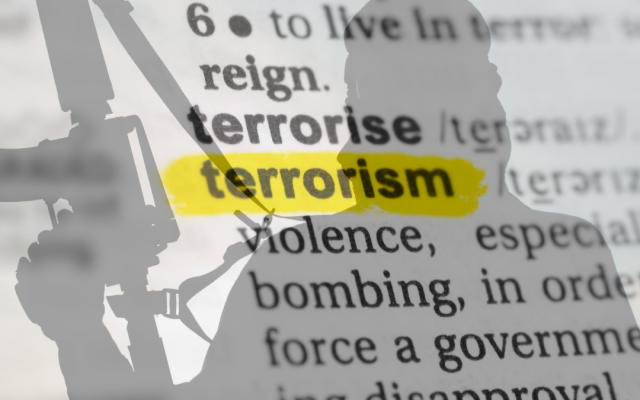 Definition of Terrorism. Michael Starr, made with Canva.

The only thing more fantastical than the operation to kill Iranian nuclear scientist Mohsen Fakhrizadeh is the hypocrisy of the outraged response. After the news of the incident broke, Iran, NGOs, journalists, and Twitter mobs wasted no time in spinning a narrative about how the killing was an act of terrorism by Israel or the US. The use of the term ‘terrorism’ is inaccurate, and the concern about it hypocritical. With a review of what terrorism actually is, and how it applies to this case, it is clear that the labeling of this event as ‘terrorism’ is simply a cynical play for narrative power and politics, not about moral state conduct.

There is no universally accepted definition of terrorism, with many governmental organizations within the same country having different definitions. However, by identifying commonalities, a proper definition can be distilled. The most useful and accurate definition that I have learned of was crafted by Professor Boaz Ganor of IDC Herzliya and the International Institute for Counter-Terrorism. Ganor in part based his definition on the 1988 work of Alex Schmid and Albert Youngman, who reviewed over 100 definitions of terrorism, and identified their commonalities. Ganor exegetically drew from the research, honing it into a simple definition that would not be hindered by subjectivity and inability to measure. Ganor defines terrorism as “the deliberate use of violence against civilian targets by a non-state actor to achieve political aims.”

Terrorism is therefore a strategy with an associated set of tactics. It precludes state actors, as ‘war crimes’ and the details of International Humanitarian Law already govern and define the use of violence by states against civilians. Terrorism is the brother of guerilla warfare, with distinction from the former only being intentionally targeting civilians. It is the deliberate use of violence against civilians that is the evil of terrorism. Intent is a key feature of criminal law, and it is no different with this vile act. It is not like the accidental deaths a state military or non-state guerilla force might inflict when fighting another military. It is a malicious and willful decision to remove all boundaries on the use of force, because all ends justify the means. Of course, the ends are rarely met when any means are taken. With a more coherent definition, gone is the empty and false internet adage of “one man’s terrorist is another man’s freedom fighter,” which misidentifies strategy with objective. With this it can be more than a pejorative, but a tool to be applied. This is a problem for those who are proponents of actual terrorism, yet also wield the word against their enemies. When applied to the case of Fakhrizdeh, we can see the emptiness of the cries of “terrorism,” and how these allegations are nothing but hypocrisy and cynical politics.

Fakhrizdeh was not just a leading official of the Iranian nuclear program, but a brigadier general in the Islamic Revolutionary Guard Corp. This is of note due to their influence in the nuclear program, their missile program, their proxy networks, and explicit purpose. The IRGC is a military organization that is fiercely loyal to the Ayatollahs and devoted to the mission of exporting the Islamic Revolution. This means that it is tasked with destabilizing the region and replacing neighbours with Iranian vassals. This imperialistic process is already underway in Lebanon, Yemen, Gaza, Syria, and Iraq. This network creates a massive land bridge all the way to Israel. The Jewish state is a target due to the Islamic Revolutionary ideology that demonizes the West and non-Islamic rule, of which Israel is seen as an intersectional avatar. This makes them the prime target of a IRGC operation. IRGC maintains more than just Iranian expansionism, The Aerospace Force of the Islamic Revolutionary Guard Corps is the branch that is pursuing missile technologies for WMD delivery systems. The IRGC is also deeply connected to the security and administration of Iran’s nuclear program.

It is no accident that Fakhrizdeh was a high ranking officer as well as a nuclear scientist. That is because the nuclear program is not just about destruction, but as with all things the IRGC does, revolution. With the totem of ultimate power, nuclear weapons, other countries will be more inclined to huddle under the Iranian umbrella. As with terrorist practice, the proxies, the nukes, and even Fakhrizdeh are just means to an end of politics and power. So too is the use of the word ‘terrorism’ in this case. The Iranian regime has accused Israel of killing Fakhrizdeh and has called it terrorism. Even this is a ploy for power. By diluting the meaning of the word they steel against the illegitimacy of their proxies’ actions. By presenting themselves as victims they can also increase their own standing, as the emotional impact of having been a victim of terrorism still has some weight with international audiences. They are not alone in the abuse of the term for politics. Former CIA director John Brennan has also called this an act of terrorism, which has been backed by a number of blue checkmark Twitterati. While not going quite as far, the EU has bought into the narrative, and called the act ‘criminal’.

We do not have confirmation of who killed Fakhrizdeh, but if we try to apply the definition of terrorism to this incident, we can see that it does not fit. While the action was likely deliberate, and its objective likely in the realm of geo-politics, Fakhrizdeh was a brigadier general of a military force. Not only was he a military officer, he was actively involved in an imperialistic military campaign at the time of his death. He was clearly targeted as a military objective. In contrast, the target of terrorism is the civilian. Additionally, we do not know who conducted the operation. If it was Israel or the US, as Iran has alleged, not only have they been in a state of conflict for decades, but terrorism is also not a term for the operations of state actors. It does not apply to this caseon two counts.

As stated before, power, not truth, is the objective in calling this a terrorist operation. Iran does not care about the death of civilians, nor the use of terrorism as a military strategy. Iran has mowed down its own civilians by the hundreds when they have protested. What’s more is that the IRGC’s proxy network makes Iran the biggest state sponsor of terrorism in the world. It has supported terrorist organizations in the killing of scores of Israeli, Palestinian, Lebanese, Yemini, Saudi, Kurdish, Iraqi, Syrian, European, and American civilians. They have no problem with terrorism when they are the ones one the other end. Their outcry now is not about principle, it is about how the team of the revolution was harmed.

Of course, in this we can also see the hypocrisy of the EU, NGOs, and the news media. The EU has been dragging its feet with legal steps against Hezbollah operations, and has said little on the rest of Iran’s network. They also continue to negligently fund Palestinian operations which have been connected to pay-for-slay and the glorification of terrorism. NGOs focus solely on Israel and the US, but when Palestinian Islamic Jihad or Hezbollah strike, they have no more criticism left. This allows terrorist groups to grow in legitimacy and act with impunity. The news media barely covers anything when it comes to Iran’s Middle Eastern Revolution, allowing minimal coverage on the nuclear program with none of the relevant context. When there is an actual terrorist attack, in which Israeli civilians are killed or maimed, it does not make the international news, and if it does, not with the same enthusiasm as with an Iranian officer. Actual civilians mean nothing, because they have no value as means to desired narrative ends. As usual, Twitterati and reply-guys are the worst. Last news cycle they were defending terrorism as the last refuge of a desperate people, when it was revealed that such a sentiment was expressed by a potential staff member of the likely incoming US administration. The news cycle has changed, and so has the objective, and so a new set of principles has been applied. Former CIA director Brennan is the most laughable, having overseen a drone program that carried out operations of the same sort that he now calls terrorism.

It must be recognized that Iran is attempting to destabilize the Middle East and gain power in the upheaval. However, it is also important to understand that Iran and other political actors are also trying to destabilize information and understanding, attacking proper use of words and objective principles, so that chaotic news cycle by news cycle they can achieve narrative and political hegemony. The ends do not justify the means. Terrorism is terrorism and nothing else, and it needs to be known to hold the ground of truth against revolutionaries.