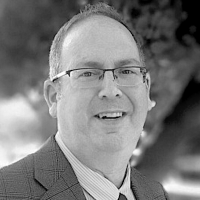 “Well,” my mother said turning to me this week, “you always dreamed of leading a seder, now you get to.”

I frowned. This was not what I had in mind.

In our family, my late father Yaacov always led the seder. Since he passed away four and half years ago, two of my four siblings have alternated leading it. But this year, with all my siblings and their spouses and kids staying home due to the coronavirus regulations, it will be just me and my mother at the seder, so I get to lead, I guess — and I am fine with that (due to the circumstances).

We have never had such a small seder. Growing up in Palo Alto, California my parents would invite many friends to our seders – and my maternal grandfather and his wife would come from Mexico City to be with us for Pesach each year, so we always had a full house.

When we moved to Israel the seder became about family. It was me and my parents and my siblings and their spouses and their kids. Now my brother and his wife and kids alternate between our family’s seder and that of his in-laws, so he joins us every other year.

I do remember one seder where my three sisters all had other obligations (with their in-laws) so we had a seder for four (my late father, my mother, me and my brother before he was married). It was a very good seder, but four people is double the seder for two we will have in 2020.

I do recall that my sister once asked my father if we could drink from the cup of Eliyahu. She cited modern rabbinic sources that living in the modern independent State of Israel we are “at the start of the redemption” so we should drink from that fifth cup.

My father would just smile and sing “Tradition! Tradition!” from Fiddler on the Roof and say rather harshly, “We follow a long tradition, from my father and my grandfather. So we will NOT be doing that, BUT when you have your own seder in your own home you can follow whatever traditions you want!”

So this year all my siblings can follow the traditions they choose. Some will be as my father did, some may differ. In fact, in the last couple of years since my father’s passing, we have altered some traditions in how the seder flows.

First of all, my father had a “niggun” (tune) for how we all read the Passover Haggadah together. The tune has gotten a little lost over the last few years.

Also, each of the last four years the sibling leading the seder would set up a WhatsApp group called Seder Topics and each participant (my siblings, their spouses, their kids) would choose a topic from the list – issues like: Freedom, Darkness, Faith, etc. and prepare a little dvar Torah about it drawing on their own experiences in life (in school, in the army, at work, in the family, etc.). I recall two years ago I chose “Chipazon” (to do things in a hurried manner, like the Israelites were commanded to as they left Egypt). And when I was called on during some point in the seder to present my part I chose to connect it to my passion for baseball and how MLB eliminated the 4-pitch intentional walk in order to speed up games (you just signal without throwing a pitch and the batter goes to first). My point was that it did not speed up the game all that much and what if the pitcher threw a wild pitch during an intentional walk and runners could advance a base – that element of the game was now lost. Doing things in the name of speeding things up is not always in everyone’s best interest.

So, this year, we won’t have a WhatsApp Seder Topic group. We may not have a lot of things we have had when our large extended family gathered. Many have suggested that this year, with just your immediate family (those living in the house) present, one can get innovative and try new things.

But I (if I get to lead the seder – and I have a 50-50 shot, if my mom lets me), think I’d like to go “old school”. Yes, my father said again and again “when you lead the seder, you can do what you want”, but I think now is the time to go back to old traditions – at least this unique singular year when it’s just me and my mother at the seder table.

So we’ll read the Haggadah strictly in the tune my father used to, as my paternal grandfather did before him. We won’t choose topics to present, rather we’ll do what we did when my father led the seder, read each paragraph, pause, ask (eachother, I guess) if anyone has something to share, and discuss. And my father used to take great delight in us singing the English version of Who Knows One (Echad Mi Yodea) after the Hebrew version (which in recent years we haven’t done in English as everyone is dog tired at the end of the seder). He loved watching his kids and grandkids do the chorus “One is Hashem, One is Hashem, One is Hashem – in the heavens and the earth – Hu, ha. Hu, ha, ha!“

Last Shabbat, Shabbat Hagadol, we read about the coming of Eliyahu Ha’navi (Elijah the Prophet):

This year that verse has a new meaning for me. Yes. many people will not be able to celebrate seder night with their parents (and grandparents), but I think this year I will make a real effort, just this once, to go “old school” to recover the past traditions of my father, to return the my heart to his.

God willing next year we can return to the “Seder Topics” WhatsApp group.

But this year I will remember the quote (and I took some liberties here) from Exodus 13:14 “And in the future, your children will ask you, ‘What does all this mean?’ Then you will tell them … when you have your own seder at your own home, you can follow whatever tradition you want!

And maybe, just maybe, I’ll recall the off color joke my father would tell unsuspecting guests when my mother would serve the tradition seder first course,

“You know why we eat eggs in salt water on Pesach?” he’d ask.

“No?” the naive guest would say.

“Because,” my father would answer with a smile, “when the Children of Israel crossed the Red Sea, the water came up to their ____!”

About the Author
Yonatan Sredni is a journalist and editor at CTech by Calcalist. With degrees from the US and Israel, he has a background in journalism, public relations, and creative writing. In addition to TOI and CTech, his articles have been published in The Jerusalem Post and on NoCamels and Israel National News.
Related Topics
Related Posts
Yonatan Sredni
Comments 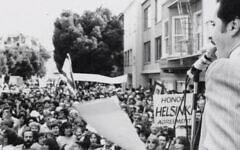