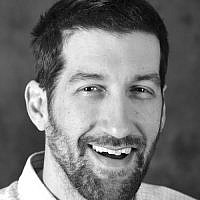 The Blogs
Marc Rosenberg
Apply for a Blog
Please note that the posts on The Blogs are contributed by third parties. The opinions, facts and any media content in them are presented solely by the authors, and neither The Times of Israel nor its partners assume any responsibility for them. Please contact us in case of abuse. In case of abuse,
Report this post.

For centuries people have been drawn to the land of Israel and for a myriad of reasons.

Most olim today do not come to work the land and cultivate the soil, choosing instead to work in the modern professional ecosystem. Although they are often no longer involved in the physical work of founding new Kibbutzim, for instance, there is still a common desire to create a sense of authentic community by fostering connections with one another.

However, it can be a challenge for olim to find their place in already established Israeli communities, which have a different structure, language and texture from where they grew up.

How can olim, many of whom have been full and active members of their Diaspora communities – whether local synagogues or other institutions – utilize their energy and passion in Israel? Nefesh B’Nefesh (NBN), together with the Steinmetz Herskovitz Family Fund, believes in the potential of olim to improve Israeli society and effect social change through mentorship. Over the last two decades, we have encountered so many olim who are seeking an outlet for their Zionism, activism and innovative spirit, which is why we launched the Initiative for Zionist Innovation (IZI).

While integration into Israeli communities can sometimes be tricky, IZI helps give people a push to find their place. NBN strives to connect people that have a desire to do good. As opposed to the NBN Sylvan Adams Bonei Zion Prize which celebrates Anglo Olim who have made tremendous changes on a macro stage, IZI is designed to empower local olim to take on grassroots initiatives that need a boost – some guidance to take the idea one step further and be agents of community change.

To help you understand what I mean, let’s look at some of our winners from the last two years:

The Mosaic Project is based on the idea of uniting neighborhoods and communities, integrating olim chadashim into the ideation, creation, and installation of three new mosaic works in Tel Aviv. By collaborating with local organizations to create together colorful interior and exterior pieces, the project aimed to connect and explore each site, depicting values through a compelling mosaic mural. This project intended to be a collaboration, a hands-on interaction between the artist, volunteers, and the communities they serve.

This is a volunteer initiative, formed by olim to tackle a culture of dropping trash in their picturesque town, Zichron Ya’akov. Although the municipality was investing in collecting domestic and street trash, there were still areas where illegal dumping was unfortunately taking place. With Big Clean, volunteers sought to hold regular street cleaning events, which advanced the cause in different ways. The look of the town improved because local people were involved in cleaning it up, which also meant that there was not only a subtle shift in the culture of acknowledging that waste dumping was affecting quality of life, but that it also brought different cultures together for a unifying purpose. Big Clean also targeted schools and adult groups through talks and video presentations. The first project involved local schools to compete in international projects to reuse plastic innovatively and to find alternative biodegradable materials.

It is a non-profit organization based in Tel Aviv, which helps Israelis who struggle daily with poverty. Through selling donated clothing at “2nd Hand for a 2nd Chance” pop up stores, Ani Shlishi funds educational opportunities, including providing school supplies for at-risk-children and academic scholarships for impoverished individuals. Any items that are not sold are delivered to agencies serving individuals and families in need, to provide immediate assistance.

This is an initiative that seeks to provide non-judgmental, practical support and resources to women and families struggling with perinatal mood and anxiety disorders. Additionally, the organization also strives to raise awareness about perinatal mental health disorders, and combat the stigma associated with them.

Our 2020 Initiative for Zionist Innovation, powered by the Steinmetz Herskovitz Family Fund, is all about recognizing and investing in community. If you have instituted change in your community or have the kernel of an of idea of how to do it, then please apply. With mentorship from community builders, networking assistance, seed funding, and logistical support we believe that olim will continue to change the model of community in Israel. It was a burst of Zionist innovation that helped make the Land of Israel bloom and it’s our hope that this round of innovation will see olim further integrate and make Israeli society blossom.

About the Author
Marc Rosenberg is the VP of Diaspora Partnerships at Nefesh B'Nefesh. He made Aliyah from Washington, DC in 2001 and lives in Jerusalem with his family.
Related Topics
Related Posts
Comments