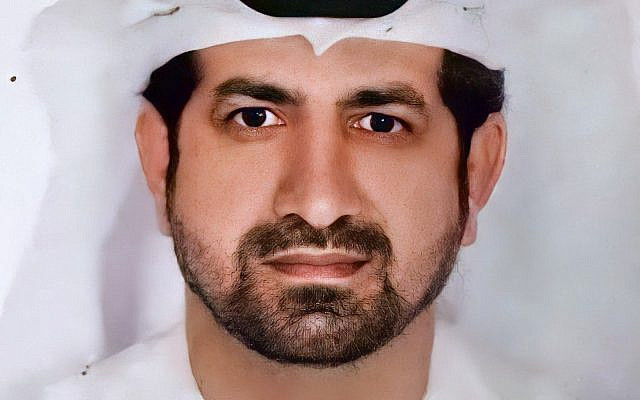 Masoud Ali Abdullah al-Shahi, a member of the Shihuh tribe, was arbitrarily arrested and 'disappeared' in the Omani governorate of Musandam

Absorbed by the Sultanate of Oman in the early 1970s, Musandam, which lies north of the United Emirates and directly overlooks the Strait of Hormuz, remains geographically removed from mainland Oman. It’s an exclave Muscat has long aimed to submit to its rule so that its people would tire of their calls for political self-determination and independence.

If Musandam was arbitrarily handed out to Oman, courtesy of the United Kingdom, and the region’s borders redrawn to fit the new geopolitical order, its communities have always remained fiercely independent, clinging to their distinct culture and language against Muscat’s cultural remapping.

Largely ignored by the international community, Musandam’s bid for freedom and recognition has seldom commandeered media attention, even though terrible crimes have been, and continue to be exacted against its people.

Indigenous to the land, the Shihuh tribe has suffered over the decades the assaults of Oman’s security services, all under the guise of maintaining public order, much to the world’s ignorance and apathy, despite clear documentation.

Such findings were further echoed by Amnesty International in its Universal Periodic Review (2021) – “With regard to the human rights situation on the ground, Amnesty International raises concerns about the government’s unduly restriction of the rights to freedom of expression and peaceful assembly including arresting – and in some cases prosecuting- protestors, critics and activists, and taking legal measure against tribal assemblies.”

Despite countless recommendations and warnings by human rights organizations to Oman, the sultanate has so far systematically refused to engage in a constructive dialogue, preferring instead to harshen its tone through various reforms to its penal code.

In January 2018, a revised Penal Code substantially increased jail terms prescribed for the exercise of some rights and contains vaguely worded provisions that give sweeping powers to the authorities. Article 97 increased the punishment for committing slander (which definition is left to the sole discretion of the State) against the Sultan and his authority from between six months and three years in prison to between three and seven years in prison.

Article 269 also increased the penalty for committing blasphemy from between 10 days and three years to between three to 10 years in prison.

Article 102 provides for imprisonment for between three months and three years for disparaging foreign heads of state or state representatives visiting Oman. Other overly broad articles weakened the protection of activists, bloggers and dissidents.

2011 marked a defining moment in the history of Oman, one which has seen a move towards authoritarianism, intolerance, and state-run violence against proponents of democratic advancements and political self-determination. For the Shihuh tribe, it has translated into political, religious and cultural persecution.

And though Oman has long been held as a bastion of tolerance and peace, a force of good and reason in a region plagued by Islamic radicalism and unrest, it is rather clear that image does not exactly match realities on the ground, and that Oman’s projection of good-will is but a political tool to rally foreign powers’ favors to its absolute monarchy.

For five decades the Shihuhs have endured countless injustices, without much of a rebuttal or even acknowledgment by the international community.

Between April and May 2018, six male human rights activists from the Shihuh tribe, including a UAE national, were arrested and arbitrarily disappeared by Oman security services, to be then sentenced to life in prison on the basis the court judged they infringed on Article 125 of the Penal Code.

Further charges were also leveled under Article 19 of the Law on Combating Information Technology Crimes, which criminalizes the publication of electronic material “infringing on religious values or public order.”

Needless to say that the court procedures violated international guarantees of the right to a fair trial. Indeed none of the accused had been granted legal representation and all confessions were extracted through violent means.

Following the advocacy efforts of Amnesty International and a campaign led by Labour British MPs, in November 2019, the Sultan pardoned four of the six prisoners in 2020 and finally all in April 2021.

Although the Shihuh 6 are but one example of the harsh treatment the Shihus have suffered under the Sultanate, the case stands as testimony to Muscat’s refusal to peacefully engage with Musandam as it calls for independence and political self-determination.

Worse still the Shihus’ calls for the protection of their cultural heritage before the assaults of the regime, and their campaign against human rights abuses have fallen on deaf ears. This lack of interest in the welfare of the Shihuhs has meant that Muscat has been given a free hand.

And indeed, in December 2021, Masoud Ali Abdullah al-Shahi, a member of the Shihuh tribe, was arbitrarily arrested and ‘disappeared’, a crime under international law.

A father, Masoud has not been allowed any contact with his family or a legal representative.