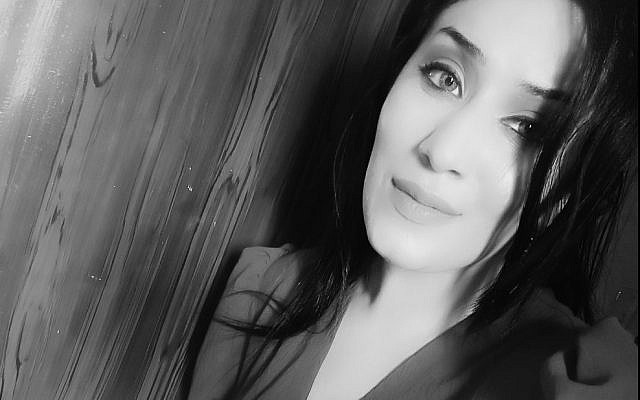 Selfie by Manar, used with her permission
Yesterday was my birthday, and I indulged myself in looking back to count my blessings, and they are many. I am one of the lucky citizens of this planet who was born into a society which espouses freedom, enables people (including women) to make their own choices. I have always been free to follow my own religious beliefs, to marry whomever I please, to speak my mind- even when my opinions are diametrically opposed to those in political power.
But I have this friend who was not lucky enough to have been born into such circumstances. Although I have never been able to hug her physically, I have walked with her on her journey, in spirit, for a few years. She is young enough to be my daughter. (I would be proud to have had a daughter like her.)
Despite all odds, she is a free soul and a free thinker, and is now scratching and clawing her way to freedom through a tunnel of darkness and danger. This is not a terror tunnel, as I have often written about; it’s her own personal freedom tunnel, and the light on the other end awaits her. This tunnel forges its way not through rock and earth, rather through bureaucracy and existential challenges and threats. She needs to build her tunnel to freedom with connections and money rather than shovels, and when she reaches the other end, when she reaches the light at the end of that tunnel , she will be a light herself, helping her loved ones in the society she left behind.
As a Jew, I have grown up on the stories of our people, in their plight to be treated fairly in society. As the granddaughter of immigrants who struggled to escape an oppressive regime to build a life for their families in a place where they could be free and prosper, I want to support Manar in her journey to freedom. I am one of the lucky ones, whose relatives paid the price to enable me to be born into a society where I want for nothing, and my children want for nothing. So instead of a gift this year it would be a great honor if you could contribute, instead, to help Manar on her journey to freedom. Every penny counts. Every shekel will be appreciated. Please read her story and consider giving and sharing. Thank you.
About the Author
Born in the USA, Adele has lived in a Kibbutz on the border with the Gaza Strip since 1975. She is a mother and a grandmother living and raising her family on the usually paradisaical, sometimes hellishly volatile border. She moderates a FB group named "Life on the Border". https://goo.gl/xcwZT1 Adele recently retired after 38 years as a teacher of English as a Foreign Language, as well as a teacher trainer and counselor for the Israeli MoE for EFL and a Tech Integration Coach. She blogs here about both Life on the Border, as well as about digital pedagogy, in "Digitally yours, @dele". She is a YouTuber, mostly on the topic of digital stuff. (https://goo.gl/iBVMEG) Her personal channel covers other issues close to her heart (medical clowning, Life on the Border, etc.) (https://goo.gl/uLP6D3) In addition, she is a trained medical clown and, although on COVID hiatus, until allowed back into hospitals, she clowns as often as she can in the pediatric ward in the hospital in Ashkelon. As a result of her activity as an advocate for her region, she was included among the Ha'aretz "Ten Jewish Faces who made Waves in 2018" https://goo.gl/UrjCNB. In November 2018 she was invited to Geneva by an independent investigative committee for the UN to bear witness to the border situation, and in December 2019 addressed the UN Security Council at the request of the US ambassador to the UN.
Related Topics
Related Posts
Comments