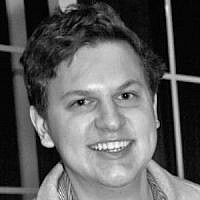 The Blogs
Cameron Erickson
Apply for a Blog
Advertisement
Please note that the posts on The Blogs are contributed by third parties. The opinions, facts and any media content in them are presented solely by the authors, and neither The Times of Israel nor its partners assume any responsibility for them. Please contact us in case of abuse. In case of abuse,
Report this post.

For all the talk there is about declining American hegemony in the world, it is important to note that from the get-go, the P5+1 negotiations have been a de facto U.S.-led effort.

The United States economy is the largest economy in the world. Our GDP surpasses that of the second and third largest economies in the world combined, and the U.S. dollar still serves as the world’s reserve currency. With dollar signs like these, its no surprise the European powers followed our lead on the recently finalized P5+1 negotiations with Iran over their illicit nuclear program.

Countries like France have expressed deep reservations over the final accord, with Jacques Audibert, a senior diplomatic advisor to French President Francois Hollande, reportedly telling a bipartisan group of lawmakers that a rejection of the Iran deal would lead to a better deal.

But the French and all other concerned parties are virtually powerless to do anything if the United States is the one arguing for the most far-reaching concessions.

President Obama has stated that the deal in its present form is the best deal we could get, and that it lacks a viable alternatives aside from going to war. However, when Senator Chuck Schumer took a principled stand in opposing the Iran nuclear agreement, he made the critical point that there is a diplomatic alternative to this agreement.

As Senator Schumer stated, “Better to keep U.S. sanctions in place, strengthen them, enforce secondary sanctions on other nations, and pursue the hard-trodden path of diplomacy once more, difficult as it may be.”

Put simply, if European banks are given the choice to do business with America or with Iran, they will follow the money and choose the former and not the latter. This is where Schumer’s remark about secondary sanctions is particularly pertinent.

We must avoid making the issue of national security, and specifically the Iranian nuclear threat, into a partisan issue. The stakes are simply too high for petty politics and the typical left-right divide that too often plagues Washington, and Congress and the Administration must work together to reach a consensus. Members of Congress have been doing their due diligence in reviewing this historic accord during the 60 day review period that is currently underway, hearing from a litany of experts, State Department officials, the President, and most importantly, their constituents.

From the very beginning Congress, along with the Administration, was critical in the effort to impose many of the sanctions that brought Iran to the negotiating table. It was America, under Secretary of State Hillary Clinton, that led the international community in imposing a crippling international sanctions regime and multiple U.N. Security Council resolutions demanding Iran cease all enrichment activity.

There is no indication that a vote of disapproval would kill the accord unless the other P5+1 powers wanted to sink it. There is, however, an indication that such a vote could lead to a better agreement that accomplishes our stated objectives better than the existing one.

From the beginning, our European allies have been deferential to our negotiating team. America led before, and were we to enter into another round of negotiations, America can lead again.