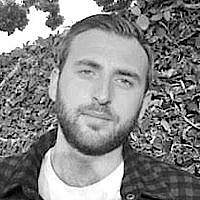 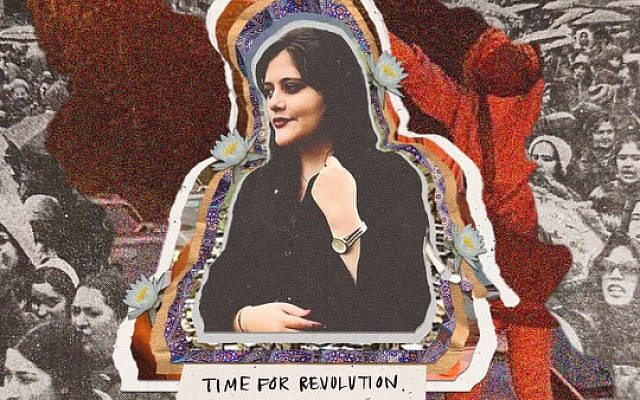 My in-laws recently found hope. A small amount of hope, though significant.

This summer, I married the women of my dreams. My wife is a gifted artist (she made the graphic above) and is a devoted daughter of a large Iranian Jewish family. Throughout our relationship, I’ve had the unique opportunity to be immersed in the Iranian culture of love, language, and longing.

My in-laws, like many Iranian families in the diaspora, have never stopped longing for the life that was stripped of them in their previous home. They often tell stories of an Iran where life was lush and full. Their narratives are dreamlike and have the feel of folktales wrapped in gauze. They reminisce about a country populated by openminded, pluralistic people who thrived in the comfort of community. At the Shabbat dinner table, these lovely tales of yesterday are saturated with vivid color. Iran, although wildly imperfect, is often depicted as a place relentlessly glowing in the most glorious of hues. I can easily imagine brides dressed like princesses wearing fluorescent gowns. I see women, thick into the zeitgeist of the 1960s rocking hairstyles inspired by Elizabeth Montgomery, giving less than a care to the encumbrances of the hijab. I see neighborhood bazaars, redolent with exotic fragrances, where fresh, gorgeous produce tempts the palate with its prismatic plenitude.

In 1979, my in-laws, along with thousands of others, left their homes behind because that richly cinematic life was lost and would never come back. No matter how many years pass, my in-laws, along with thousands of other Iranians in the Diaspora, protect and preserve these stories, these feelings, these colors, as an act of self-preservation. With gentle stubbornness, they hold on to the past, without letting the traumas of their exodus bleed into the lives of their offspring.

Mahsa Amini’s murder has mobilized almost every corner of the Iranian population to protest the fundamentalist, human rights violating and economically inept Iranian regime. The protests, now in their third week, led by fearless young women, have shaken the regime, and the world. Lush, free, and flowing hair — browns, blondes, and greys — animate the streets, while the mandatory black hijabs are set ablaze in the bonfires’ incipient freedom. It is impossible to be indifferent, no matter what side of the aisle you sit on, by what is undoubtedly the most powerful feminist movement in the Middle East in decades.

The terrorist funding, US/Israel-hating regime is responsible not only for stripping the rights of women, but also for the complete and total mismanagement of the pandemic, driving the Iranian economy into the ground, and ruining the futures of young Iranians who are now flooding the streets of Tehran and beyond. This is a moment for the women of Iran to make the regime, and the world, listen. This is also a moment for other Iranians, in and out of the diaspora, to make the regime, and the world, understand that they will no longer tolerate a government wedded to the mores of the Middle Ages. However imperfect pre-1979 Iran was, much like my in-laws in California, the people who stayed in Iran long for what the country used to be. The members of the younger generation that is leading these inspiring protests carry the weight of their parents’ stories, acutely aware of the fact that the repressiveness of the regime does not reflect the will of the people. This sad reality appears to also bind them together with a small amount of hope.

With the right support from international governments, media outlets, and multinational corporations, this small amount of hope can transform itself into a viable revolution. In the past 15 years, we have witnessed numerous citizen-led protests against the regime, but this time, it feels slightly different. With teenagers and university students leading the revolt, turbocharging their mobilization efforts and awareness campaigns via social media, it is fair to say that we are bearing witness to a shift in the paradigm. It feels as though we have reached a point of colorful inflection. My new family is cautiously hopeful. However, hope, in the Iranian context, is frail, fragile, and often foundationless. As my sister and brother-in-law join thousands in crowding the streets outside the Federal Building in Los Angeles, the questions we all contemplate are: what comes next? And is this small amount of hope justified?

It is our duty to honor Ms. Amini by actualizing that hope, and doing what we can to pressure our policymakers, corporate executives, and fellow citizens to stand with and empower the people of Iran. While we are all moved by the force and fervor of the anti-regime protests, we still question whether we are witnessing the beginning of the regime’s collapse, or the beginning of a new round of even more repulsively repressive anti-democratic policy measures. From “the outside looking in,” while this time feels different, it is likely that things will continue to get worse before there are any concrete signs of seismic change.

Nevertheless, the colors spilling out of Iran today are kaleidoscopic. My in-laws see Iran through the sepia of nostalgia. The courageous women who have taken to the streets in protest are wondering whether the country’s new palette will remain iridescent or whether it will be stained, once again by the blood red of governmental violence.

About the Author
Coby Schoffman is a San Francisco-based serial social entrepreneur and Founder of The Nation Foundation. Schoffman received a MSc in Transnational Security from New York University and has a demonstrated history of working to craft complex, community-driven solutions in high conflict zones.
Related Topics
Related Posts