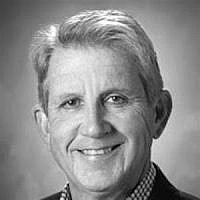 The Blogs
Trotter Cobb
Apply for a Blog
Advertisement
Please note that the posts on The Blogs are contributed by third parties. The opinions, facts and any media content in them are presented solely by the authors, and neither The Times of Israel nor its partners assume any responsibility for them. Please contact us in case of abuse. In case of abuse,
Report this post.

My name is Trotter Cobb. I know this week was your 70th birthday. I’m a Christian who grew up in Tuscaloosa, Alabama — where, forgive me for saying it, “some of my best friends were Jewish.”

Through my Jewish friends, I have come to understand more about you and the travails and triumphs of the Jewish people. I’m an avid reader of history, especially the World War II period, and the saga of the Jewish people is one that never stops inspiring me. From Holocaust to Rebirth: A story unlike any other.

I admire and support you, Israel, because even though you are small in size, you are a remarkable democracy that represents my country’s values. You are an ally that America desperately needs, especially in these darkening and complex times. You are there fighting terror, while too many other countries just talk about it.

Sometimes I think Americans take you for granted, unless something in the Middle East brings our relationship to the forefront.  I, however, think of you Israel as America’s security blanket in the Middle East and believe we should help you at all costs.

Israel, I  marvel at all that you’ve accomplished — your ingenuity and your know-how; your determination and success against odds and security challenges that would have overcome weaker people long ago. I want to be on your side, Israel, and I want you on my side.

I also can’t stand bullies — whether on a grade school playground or in the international arena. And neither can you. You won’t allow yourself to be pushed around, you take care of yourself, and for 70 years you’ve taught the world about bravery and endurance.

Yet, you are kind and compassionate.

You welcome people, you assist your Jewish brothers and sisters no matter where they live and, of particular interest to me as the father of a special needs son, you have some of the finest special needs facilities in the world.

With a population only slightly larger than Alabama and Mississippi combined, you continue to amaze me.

I have had success in business and travel in educated circles. My friends are mainly Christian political conservatives. They admire you for your brainpower, commitment to a strong national defense, belief in the rule of law, reverence for human life and willingness to stand up to your enemies.

Though I grew up in Tuscaloosa, today I live in Birmingham, a  bigger city with a larger Jewish community.  We are in the Bible Belt and my bible tells me that the holy land you inhabit has been given to you irrevocably by God. You won it back fair and square after so many years in exile; you prayed to come home for centuries and God answered your prayers.

So, here is my birthday wish:

“Israel, for 70 years you’ve been a shining light for the rest of the world — a beacon. You’ve accomplished so much in such a short time and there’s so much more to come. You’ve been a US ally every single day for seven decades.  The world is a better place because of you. Happy Birthday, Israel. May your birthdays never end.”