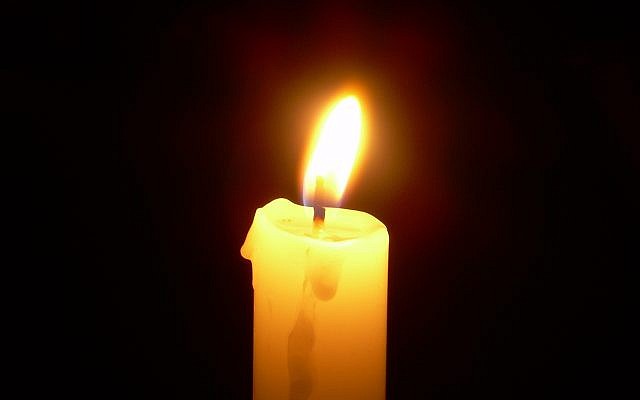 Let’s all just agree to blame Jerry Seinfeld. His infamous ‘Soup Nazi’ episode killed two birds with one stone. It was a green light to Jews to laugh publicly, out loud, about something that had until then been largely insider gallows humor. Not the Mel Brooks Producers humor, which was about making fun of Nazis themselves. Humiliating actual Nazis should always be encouraged, in my opinion. But that we could play with the term, debase it, such that it referred to the most trivial of things. I used to refer to my husband as the Dishwasher Nazi, when he insisted that there was a proper way to load, and the family needed to learn the rules. So, I freely admit I’m part of the problem.

And maybe it’s that coarsening, that cheapening of the term, that gave carte blanche, so they imagined, to some Jews to start calling other Jews Nazis, and maybe even meaning it a little bit.  I was more than a little shaken, a few years ago, when a piece I wrote in the Forward, admitting that I had empathy for the Muslim community, caused a prominent right wing agitator to publicly call me a Kapo. But, this was a fringe actor, I reassured myself, and only indicative of a tiny segment of the far-right Jewish community. In the intervening few years, the Twitterverse has exploded with such vitriol, making my experience seem quaint by comparison.

Still, though, I comforted myself with the knowledge that these people existed on the edges of our community, desperate for the attention their obscenities might garner. But then, it turned out that the US ambassador to Israel had called Jews who support JStreet, an organization with center-left views which represent a huge percentage of the American Jewish population, Kapos.

Just let that sink in. Hundreds of thousands, maybe millions of Jews referred to cavalierly as being like people who had aided the Nazis during the Holocaust, knowingly sending other Jews to die in order to save their own skins.

And then, of course, there is the constant refrain, WITHIN the Jewish community, that George Soros was a Nazi.

Let’s talk about Soros for a moment. I don’t care if you find his political views abhorrent, if you despise the candidates he supports, if you just hate his wrinkled aging face. Many of us have relatives who did what needed to be done, who tried to look out for themselves, for their families, for their communities, in the face of the most vile regime ever to exist on Earth. In a theoretical world, we can discuss the moral choices they made, the relative values of their actions.

In the real world, such questioning of the actions of actual human beings in the face of evil is lacking any understanding. It is thoughtless, devoid of empathy. All this I would have said about a theoretical Soros who made adult choices when every choice in front of him was arguably the worst choice imaginable.

But I can’t say any of this about Soros. Because, when the Holocaust began, Soros was NINE YEARS OLD. The age of a third grader. The age when my own sons still struggled to tie their own shoes. When they still needed forceful reminders to brush their teeth. When they still snuggled up with me in fuzzy PJ’s for a bedtime story. When they still sometimes migrated into the room with Ima and Abba during a thunderstorm.

I don’t care about your politics. I don’t care if you imagine his politics to be reckless. I don’t care if you would never vote for a Democrat if your life depended on it. Calling your fellow Jews Nazis is dangerous. Calling a child a Nazi is simply abhorrent. There are real Nazis out there, plotting and planning and scheming and sowing chaos. This week, one of them killed eleven Jews. They are emboldened when we debase one another, encouraged when their vile words are nudged into the  mainstream.

I don’t have the luxury of knowing the details for each and every relative of mine. What they did, what choices they made, to whom they may have slipped some extra money, before they were finally murdered. Likely all of their choices would have led to the same outcome. So many of us who feel that gentle sadness when we gather for a seder, or a family bar mitzvah, and realize how much bigger, how much more boisterous the table would have been, if only – we can have empathy for the families in Pittsburgh this week, who will gather at tables, and in a sanctuary, palpably empty now, even if all the seats are filled.

There’s nothing at all wrong with Jews disagreeing with one another. It’s in our collective DNA. But, as the Talmud says, when it comes to disputes between Hillel and Shamai, even when they vehemently disagreed – eilu v’eilu divrei elohim hayyim – these, and those, are the words of a living God. We don’t need to subscribe to the beliefs of our fellow Jews. A healthy society tolerates dissent. Still, take care with your words. They can hold tremendous power. The one thing we should all be able to agree on is who the real Nazis are.

About the Author
Leah Bieler has an MA in Talmud and Rabbinics. She teaches Talmud to students of all ages and backgrounds. Leah spends the school year in Massachusetts and summers in Jerusalem with her husband and four children. Sometimes she writes to get a break from them. The children, that is.
Related Topics
Related Posts
Leah Bieler
Comments