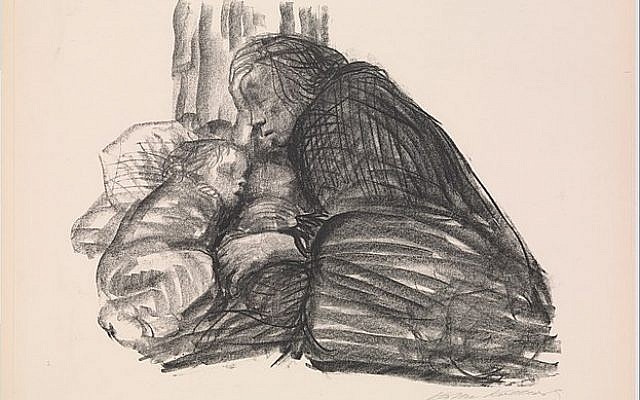 This year as we approach Tisha B’Av, we face some of the worst refugee crises in the histories of the United States and Israel, crises entirely created by governments bent on treating residents like strangers and strangers like criminals. Yet two of the six books we read on special days in the Jewish calendar are about refugees and immigrants. On Shavuot we read the book of Ruth, about a poor migrant from an enemy nation who becomes the ancestor of King David. And on Tisha B’Av, we read Eikhah/Laments, about how the destruction of Jerusalem caused the entire Jewish people to become refugees. (The other books are Jonah, Ecclesiastes, Esther and Song of Songs.)

The first book, Ruth, is about what happens when refugees are protected and treated rightly. The second book, Laments, is about the horrors that ensue in a world where refugees are rejected, harassed, and pursued.

World Refugee Day came and went with almost 2,000 immigrant children in U.S. detention shelters. At the beginning of the three weeks of mourning leading up to Tisha B’Av, little had improved. And as of July 10th, the court-imposed deadline for reuniting the youngest children with their parents, only half have actually been reunited. Those that are reunited stand to remain as long-term residents in ICE jails. There is no reason to believe that this crisis will be fixed soon, and every reason to believe, despite the Trump administration’s official change of policy, that creating this suffering is exactly the goal of the people in charge. There is an expression for this in Tanakh: “You turn justice into poison” הֲפַכְתֶּ֤ם לְרֹאשׁ֙ מִשְׁפָּ֔ט (Amos 6:12) 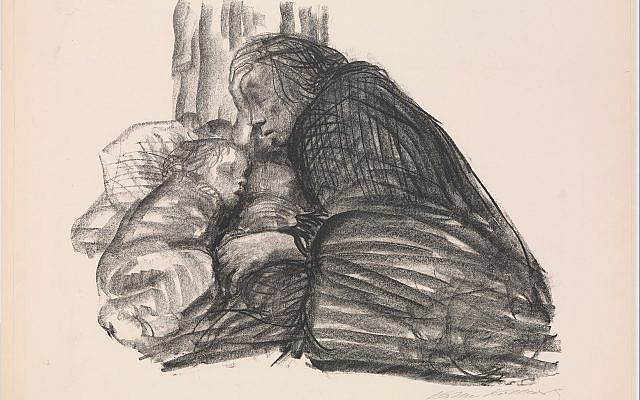 At the same time in Israel, African asylum seekers who are not Jewish continue to be deemed “infiltrators” by the Netanyahu government, while many Jews from Uganda continue to be denied recognition of their Jewishness. On July 4th, the Israeli government moved bulldozers into the Bedouin village of Khan al-Ahmar in the West Bank to prepare to destroy it, and the same government plans to destroy the village of Susiya as well. The Bedouin of the Jahalin tribe in Khan al-Ahmar are incoveniently located on land that the planners of Maale Adumim covet, land that could become a bridge between the northern and southern parts of the Wesr Bank, living in the very place they were forced to move when Israel took away their ancestral land some 50 years ago. Even as the Bedouin continue to be harrassed in the West Bank, the government after many years finally forced the Bedouin residents of Umm al-Hiran in the Negev to submit to being relocated, in advance of their village’s destruction – all in order to build a Jews-only town on the same land, despite the fact that there is ample uninhabited land in every direction.

We are living in a world of stark choices: society can either create within itself a home for refugees, or it can take people and turn them into refugees. Worldwide, what we are seeing is a kind of rehearsal for how countries will handle the massive numbers of refugees climate change will create, and what we see is terrifying. Xenophobia is being nurtured and manipulated by right-wing movements throughout Europe, in Israel, and in the United States. Add into that mix the desire of the right to specifically deny rights to people who are black or brown.

What is happening to immigrants, refugees and asylum seekers in the United States would have been unimaginable just a few years ago. The only obviously worse crisis would be when Jews were turned away from the United States and countries around the world during the Shoah, to be sent back to their deaths in Europe. Both Zion and the U.S. have become paragons of injustice.

The circumstances when Jerusalem was destroyed two thousand years ago were like this only worse, and the outcome, as the book of Laments tells us, is that “YHVH did what He conspired, He pushed through His saying which He commanded from early days. He tore down and showed no pity.” (2:17)

Come July 21st, many Jews will be observing Tisha B’Av and reading Eikhah or Lamentations. I hope, dear reader, that you will download and print out this linear English translation of Laments. It is visceral, gut-wrenching, and it includes artwork about refugees, along with a commentary explaining that the real meaning of Tisha B’Av is not to mourn, but to recreate and remember the tormented experience of being a refugee.

In the United States, we are in a state of moral and spiritual emergency because this administration has willfully turned the experience of being a refugee into a torment. Basic human rights, which include the right to seek asylum, are being violated every day. Whole countries and categories of refugees are banned or denied. Even after other political crises and outrages have captured our attention, the quiet work of the racists who are guiding White House policy and pushing ICE tactics will continue. People have been ready to revolt over the immigrant children who continue to be held separately from their families, but what about the thousands of children who are U.S. citizens who are also losing their parents, every day. Breaking up families and communities in every state of the U.S. by deporting Hispanic moms and dads has become the goal of “enforcement” and not just one of its consequences. Shouldn’t this also lead to an outright uprising? Can we blockade every ICE office everywhere every day? Why are both Israel and the U.S. acting more and more like Sodom, where refugees and foreigners were regularly persecuted, robbed and driven away?

After the Temple was destroyed and the entire nation turned into refugees, many people became “Aveilei Tziyon” – Zion’s mourners. We still comfort mourners with the wish that they may find solace “among the mourners of Jerusalem and Zion”. But it seems that the mourners of Zion, the true Jews, have been overcome by our triumphalists. As we approach Tisha B’Av, diminished in our joy, perhaps it is time to reclaim the label of Aveilei Tziyon, to mourn what Israel has become, and to contemplate what it means for any society to live in opposition to God’s law and in opposition to the command to “love the stranger like yourself, for you were strangers in Egypt” (Deut 19:34). Perhaps it is time to turn our mourning into a communal practice of resistance. May it be the divine will that our work and our defiance make “justice flow like water, and righteousness like a mighty stream” (Amos 5:24).