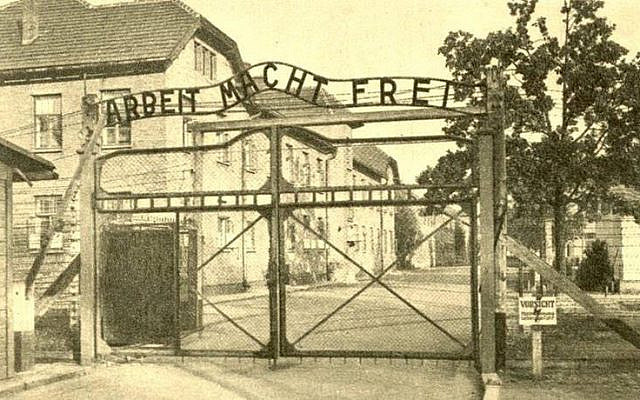 It is now 76 years since the death camp at Auschwitz was liberated. As we commemorate Yom HaShoah this week, it is useful to take a look at how the Holocaust is affecting public morality all these years later — and how it is still being abused.

It is both helpful and not helpful to talk about the Holocaust when discussing the disturbing resurgence of anti-Semitism in the world today.

On the one hand, as reflected in ADL’s pyramid of hate, it is instructive to recognize, as the history of the Holocaust demonstrates, that things can escalate from stereotypes, to discrimination to anti-Jewish legislation to mass murder, if hate is not addressed early on. The Holocaust continues to teach us that society cannot be complacent, so that so-called low levels of hate will not mutate into much more serious and devastating manifestations, culminating in genocide.

On the other hand, the Holocaust and genocide in general are such extreme manifestations of hate, that always to focus on them is to potentially create indifference or inertia about forms of hate that do not begin to approach those horrors. If only the Holocaust counts, then some might play down those things that do not reach that level. And if one claims that everything has the potential of becoming genocide, then a credibility gap emerges as to the nature of problems of hate.

The truth is that while there is much to be learned in today’s world from the horror that was the Shoah, the more the years pass, the more I am struck by the fact that the Holocaust was a uniquely evil event in the history of mankind. None of which is to diminish other horrific genocides that have occurred in history, including in the 20th century that transpired against Armenians, Rwandans, Cambodians, and Bosnians.

All these horrific events shared with the Holocaust the effort to kill off people belonging to a particular group. The cruelty involved in all these situations is almost beyond understanding.

Where the Holocaust got into new territory was the fact that Jews were not in conflict with those who murdered them, that the mass murder of Jews took place across many borders, that Jews who lived on both sides of the war that was taking place were murdered equally, that bystanders in many countries generally stood by idly when Jews were being taken away, and that children were a particular target of the murderers.

When all these elements come together, they explain why, as the years pass, when one reads memoirs from survivors of what took place, the emotions about it all remain as strong as ever. How could humanity have sunk to such a level, even recognizing that anti-Semitism was deeply embedded in Western culture? Why were there not more people ready to stand up and say no to the mass murder that was taking place right before their eyes?

I recall taking a group of college newspaper editors to Auschwitz a number of years ago. As we were finishing the tour of the former camp, we returned to the railroad tracks, the place where the infamous selection process took place when the Jews arrived at the camp. As we approached the spot, we saw a group of Israeli officers standing there and engaged in a wreath-laying ceremony. We stopped to listen. One of the lead officers was giving a talk to his colleagues. His words have stuck in my head all these years later. He said, think of all the poems that were never written, the medical cures that were never developed, the leaders that never appeared because of the devastation that took place right here.

And then he said, what is the best revenge for our people for what happened here all those years ago?

His answer: Build a healthy democratic society in our State of Israel.

Those remarks were among the most meaningful I have ever heard about the Holocaust and stick with me as we commemorate Yom HaShoah this year.

The destruction of one-third of the world’s Jews in the Shoah can never be forgotten and the gap in human accomplishment can never be replaced.

But for us, the living, despite it all, there is a message both of hope and responsibility: hope that things can be better and responsibility for our own behavior, to create a better world and never the use the Holocaust as an excuse not to live up to the highest moral standards. 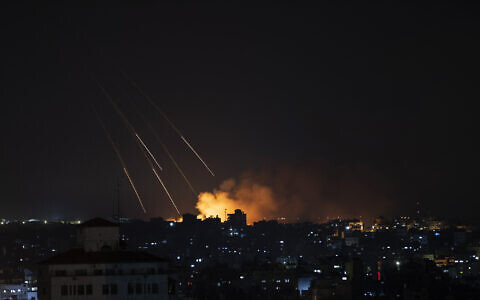 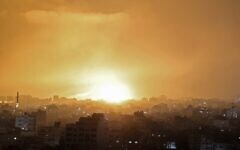 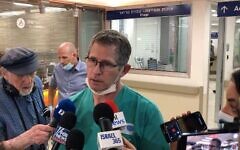 In war-weary Ashkelon, resilience, experience and concern over one fresh twist
Lazar Berman 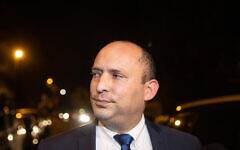 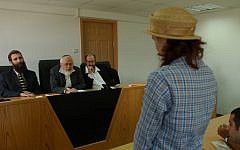 Podcast: A proposed cure for conversion ‘perversion’ in the State of Israel
TOI staff