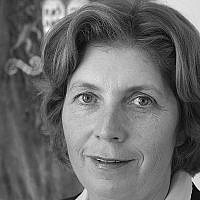 The Blogs
Anat Hoffman
Apply for a Blog
Advertisement
Please note that the posts on The Blogs are contributed by third parties. The opinions, facts and any media content in them are presented solely by the authors, and neither The Times of Israel nor its partners assume any responsibility for them. Please contact us in case of abuse. In case of abuse,
Report this post. 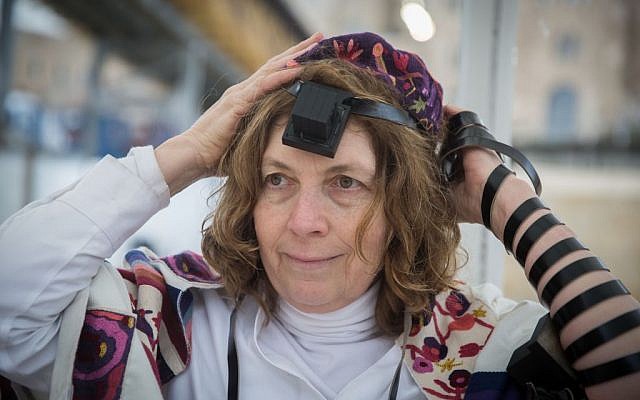 JERUSALEM (JTA) — One year ago, we thought we had made history. Prime Minister Benjamin Netanyahu’s government passed the Western Wall agreement, for the first time granting official recognition to non-Orthodox Jewish streams and women’s rights at Judaism’s holiest site. We were proud of achieving a historic compromise because we knew it was the only way of instilling social change in society. The compromise was painful for us, but we thought it was a worthwhile sacrifice.

One year later, that document feels more like a bitter betrayal. Facing a rebellion from his haredi Orthodox coalition parties, Netanyahu shelved the agreement and now even allows talk, by his own ministers, of annulling it. For him, it seems that love of power has proven greater than his own integrity.

On Wednesday, the government has to provide Israel’s Supreme Court with good cause for the prohibition on women’s prayer with a Torah at the Kotel. It has to justify its failure to implement the Western Wall agreement we negotiated for three years. And it has to explain why we do not have a seat on the Western Wall Heritage Foundation.

The extremists in the government have taken on an impossible task: defending blatant discrimination against women and liberal Jews. In 2017, the law won’t have it, and the people won’t have it.

These men are grasping at straws. They have resorted to reviving King George V, who wrote the 1924 king’s Order in Council decreeing proper custom for the British Empire. His majesty decreed that no civil court had standing to rule over religious holy sites.

It is the very definition of chutzpah: Officials who receive salaries from the state, including Orthodox rabbis, claim the state has no standing. They want extremist rabbinic rule.

Women of the Wall lives by two abiding principles: that Jewish women have the same innate rights as Jewish men, and that despite differences, we will treat one another with respect.

Given the resurgent prominence of women’s equality and civility in public discourse as urgent political topics, Women of the Wall  members are pioneers. We always knew that without these two precepts, civic society as we know it will disintegrate.

For what have we stood for 28 dogged years? We have stood, sometimes in the rain and other times while facing violent assault and even arrests, for the right of Jewish women to partake of an unquestionably noble tradition: praying at the Western Wall from a Torah scroll.

By doing so, we have stood for all Israel — for the Israel that is described in its Declaration of Independence as a nation in which people of all backgrounds and both sexes live as equal citizens under the same laws.

A distorted authority acting illegally, protected by the highest institution of the land — the state rabbinate, under the auspices of the Prime Minister’s Office — has fought us hand over fist to prevent us from enjoying our basic rights: the freedom to pray as we wish.

Women of the Wall is at the forefront of a larger battle to maintain Israel as a Jewish and democratic state with freedom and equality for all.

Israel, however, is much greater than that Cabinet table. Women of the Wall has returned to the Supreme Court, where we feel hopeful our demand for justice will be heard.

Every time we pray at the Wall, I recall with gratitude the paratroopers who fought for the Western Wall in 1967 and who come to stand and pray with us. These men know what real combatants look like, and they look like us — determined, righteous women fighting for what is ours.

One year after the Western Wall agreement was passed, there is one thing I ask of my Jewish brothers and sister around the world: Stand with us.

Fight for the better face of Israel.

Every time you meet a representative of the state, a group of schoolkids, a consul, maybe even Israel’s ambassador to the United States, Ron Dermer, make sure you let them know that you stand with Israel, and that you demand Israel stand for you, too.

This is a time to persevere and let Israel’s imperfect leaders know that we still believe in a more perfect state.

Anat Hoffman is chair of Women of the Wall.