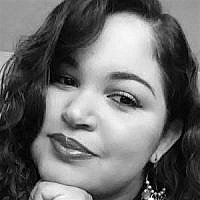 The Blogs
Lauren Levy
Apply for a Blog
Advertisement
Please note that the posts on The Blogs are contributed by third parties. The opinions, facts and any media content in them are presented solely by the authors, and neither The Times of Israel nor its partners assume any responsibility for them. Please contact us in case of abuse. In case of abuse,
Report this post.

When I was 21, I spent a blissful summer in Jerusalem, studying at Hebrew University’s Rothberg International School. As I left with a little more Hebrew under my belt and a deeper love for Eretz Yisrael in my heart, I promised myself I would one day return.

Five years later, I formally converted to Judaism and chose the name Aliyah. Contemplating the possibility of one day making aliyah and living as a Jew in “the Jewish State” brought me a feeling of euphoria. Your heartfelt calls to “young Jews around the world” to come to Israel because “This is your country. This is your birthright” spoke to the core of my budding Jewish neshama.

Yet the more I looked at the state of affairs on the ground, the more it disheartened me to realize that Jews like myself seemed more free to live out our Jewishness outside the Jewish State.

As your abandonment of the Kotel Agreement yesterday showed, your commitment to ensuring that Israel be a state for all Jews is something you are willing to deem “dispensable” in order to secure your political clout with Ultra-Orthodox factions who continue to assert their monopoly not only on Jewish marriage, divorce, burial, and conversion, but also on Jewish prayer at one of Judaism’s holiest sites.

You ask us to “[t]ell others about the miracle of Israel, this rare and thriving democracy in the Middle East.” Yet, after stalling for over a year to fulfill your promise and implement the Kotel Agreement, your move yesterday was one of cowardice and definitively showed young Jews in the Diaspora like myself — the majority of whom are not Orthodox — that we have a better chance of living out our version of Judaism at home in our own shuls and communities, where women are free to read from Torah and pray beside our families and worship Hashem in a manner that is authentic to us, as opposed to in the “Holy Land,” where Jewish women are booed and whistled at and arrested at Judaism’s holiest site for praying in the manner they deem authentic.

Mr. Netanyahu, this Kotel Agreement concerns much more than a physical prayer space at the Wall. It concerns the type of state you wish for Israel to be: a state where Jewish fundamentalists cry down other Jews for not worshiping as they do, or a state where Jews of all traditions are welcomed and free to pray and worship Hashem as their consciences dictate?

“Young Jews around the world” like myself await your response, and remember, actions speak louder than words.

About the Author
Lauren Levy, J.D., is a graduate of the University of Florida Levin College of Law. She has a B.A. in Jewish Studies and a B.S. in Journalism from the University of Florida. In 2010, she spent her summer in Israel studying Modern Hebrew at the Hebrew University of Jerusalem’s Rothberg International School. In March 2015, she converted to Judaism through the Conservative (Masorti) movement.
Related Topics
Related Posts
Comments