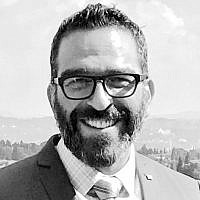 The Blogs
Leor Sinai
Iron like a lion in Zion.
Apply for a Blog
Please note that the posts on The Blogs are contributed by third parties. The opinions, facts and any media content in them are presented solely by the authors, and neither The Times of Israel nor its partners assume any responsibility for them. Please contact us in case of abuse. In case of abuse,
Report this post. 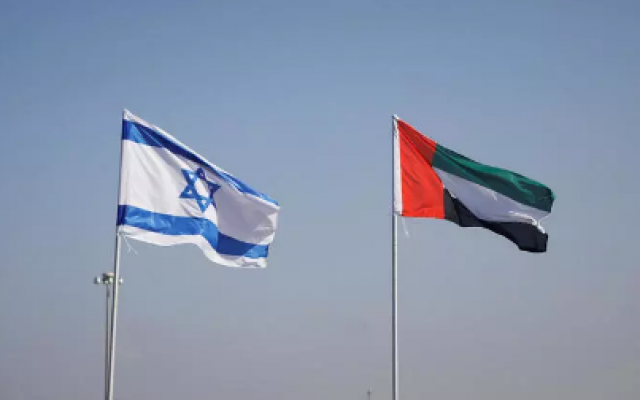 The Abraham Accords have produced a whole new world many of us could have only dreamed of.  Indeed, there are political and business benefits that will be gained, but more importantly there is a movement of the people – a social group – with an eye to the future.  Individual conversations and group forums have developed resulting in a laboratory of social experiments and academic collaboration not seen before with any other Arab government; certainly not with previous agreements (be that as it may peace or normalization agreements), not with Egypt and not with Jordan.

The conversations following the accords are generating a genuine interest on both sides, over 50,000 Israelis have already visited the UAE and Bahrain in the last couple months alone.  Like a first date leading to another, the conversations continue, we are now in the “getting to know you” stage.  As part of a recent conversation I’ve taken part in involving religion and its use to spread either light or darkness, part of a response I had shared: “As an observant Jew, Zionist, and Rabbi, I too seek to focus on the positive, on the light, and on those actions that will perpetuate a beautiful world for us and our children.”  The reaction to my comment, specifically on being a Zionist, resulted in an interesting conversation, part of which produced The Abraham Accords Educational & Cultural Exchange Facebook group.

The reaction to my comment on being a Zionist also led to a 1:1 conversation I had with a new Emirati “friend”.  The individual admitted that the only knowledge he had about Zionism was negative, as many do, not only in the Arab world but across the West.  Having the opportunity to speak with me, learning about me and maybe considering me a “good guy”, the gentleman was interested in Zionism is.  We all know that Zionism has evolved over the years (making Aliyah, the belief of the Jewish People’s right to self-determination in their ancestral homeland, supporting/standing with Israel from afar, visiting Israel periodically and so on), the definition I shared with this individual was: “Zionism is the physical manifestation of the Jewish soul striving to exist with Israel at its heart.”  For the world I live in, it makes the most sense.

The Emirati gentleman likened my response to Jihad.  I thought to myself, if anyone screamed Jihad anywhere in my vicinity I would be found running in the opposite direction.  After all what is Jihad?  Many of you may know this, I admittedly never considered finding out.   Turns out, Jihad means a few different thing.  It could mean: a holy war waged on behalf of Islam as a religious duty; a personal struggle in devotion to Islam especially involving spiritual discipline; a crusade for a principle or belief.  Jihad in Arabic literally means striving or struggling, with a praiseworthy objective; And then I thought of Israel, the Jewish People’s namesake.  Israel is the essence of our existence, our practice, our outlook on life, and who we are as a collective.  It was only after our patriarch, Jacob son of Isaac, grandson of Abraham, and his wrestling with God’s presence on earth, that Jacob’s name changed to Isra-el, as it was explained: “…for you have struggled with God and with humanity and have prevailed.” (Beresheet/Genesis 32:28) Jacob underwent a transformation through a striving or struggle with a praiseworthy objective in mind.

We all strive for something greater than ourselves.  Though worlds apart, we share common interests.  Who would have thought that citizens from the UAE, Bahrain, or Morocco, and Israelis would be considered part of the same Social Group and Interest?  Whereas Social Identity brings together individuals with similar backgrounds, cultures and religions, this is something else.  Not of the same ethnic background nor religious affiliation, we are certainly attracted to a social identity and strategic interest that brings us together, an interest that serves as our common denominator.  Insha’Allah, may it be Gd’s will, that we strive to build upon this common denominator, learning about each other and writing a new chapter for our peoples who have seen enough darkness to last a generation.

About the Author
Originally from New York, Rabbi Leor Sinai lives with his family in Israel. Leor is a motivational speaker. His interests include education as diplomacy, leadership development, and institutional advancement - helping others reach their greatest potential. Leor travels around the world, where he is invited to lecture, present, and strategize on how to build like-minded networks of individuals and communities for the common good. Leor’s CV includes serving as an executive at Jewish National Fund USA, Executive Director at The Jewish Lens, Director of Eastern European community programming at JAFI-The Jewish Agency of Israel, Director at Hillel Israel, and most recently serving as co-CEO and Chief Institutional Advancement Officer at JNF’s Alexander Muss High School in Israel 2013-2020. In 2009 Sinai received his rabbinic ordination from the Jewish Theological Seminary (JTS) and is currently pursuing his Doctorate in Education Leadership at JTS’ Davidson School of Education. Sinai’s vision: While diversity can become a source of divisiveness, it in fact should be a basis for unity.
Related Topics
Related Posts
Comments